This story originally appeared in the August issue of ESSENCE.

Cuba is a land of contradictions. It’s a nation that is largely defined by the descendants of enslaved Africans, yet also a place where those influences are often denied and racism is rarely confronted. Writer Johnica Reed Hawkins traveled to the island to explore the African history, traditions and customs that are integral to Cuba’s identity, bringing to light the undeniable impact of black culture on one of the world’s most beautiful and fascinating countries.

From 1789 to 1820, Cuba, an island the size of Pennsylvania, imported more than 800,000 Africans to be sold as slaves, a figure almost double the amount brought to the United States during the transatlantic slave trade. Some census statistics approximate that descendants of enslaved West Africans make up more than half of Cuba’s population today. The U.S. State Department, for instance, estimates that 62 percent of Cubans are of Black or mixed heritage.

Though free labor was exploited to build the country, the “blackening” of Cuba during the nineteenth century was met with resistance, prompting a call for European emigration to counterbalance the effect that the slave trade had on Cuba’s population. José Antonio Saco, a prominent Cuban writer during the early 1800’s, was a supporter of abolition, but did not see Afro-Cubans as part of the nation that would emerge on the other side of slavery. With attitudes like Saco’s prevalent throughout the country, the suppression of Afro-Cuban culture continued after slavery was outlawed in 1886.

Seen as a threat to the country’s identity, Afro-Cuban artistic and religious expression was shunned and labeled as cosa de negros, or “something Blacks do.” Decrees were issued placing restrictions on drumming, and ñáñigos—members of secret ritual societies—were targeted by colonial police. In the early 1890’s, prominent figures called for the prohibition of Santería worship, followers of African religions were falsely accused of kidnapping and killing White children for ceremonial purposes, and legislation criminalizing Afro-Cuban gatherings involving percussion and dancing was passed. And despite Afro-Cuban involvement in the Wars of Independence and the fact that the senior ranks of the Liberation Army were filled with Afro-Cuban war heroes like Antonio Maceo, members of Cuba’s White elite rebuked Black people and their place within the nation.

It wasn’t until the 1920’s, when the Afrocubanismo movement valorized African-influenced culture, that Blackness became a part of the national identity. For instance, son cubano—a musical fusion of the Spanish canción, or “song,” with Afro-Cuban percussion—rose to popularity with acts like the Buena Vista Social Club and serves as a symbol of the way Cuba is imagined today: as a convergence of cultures. 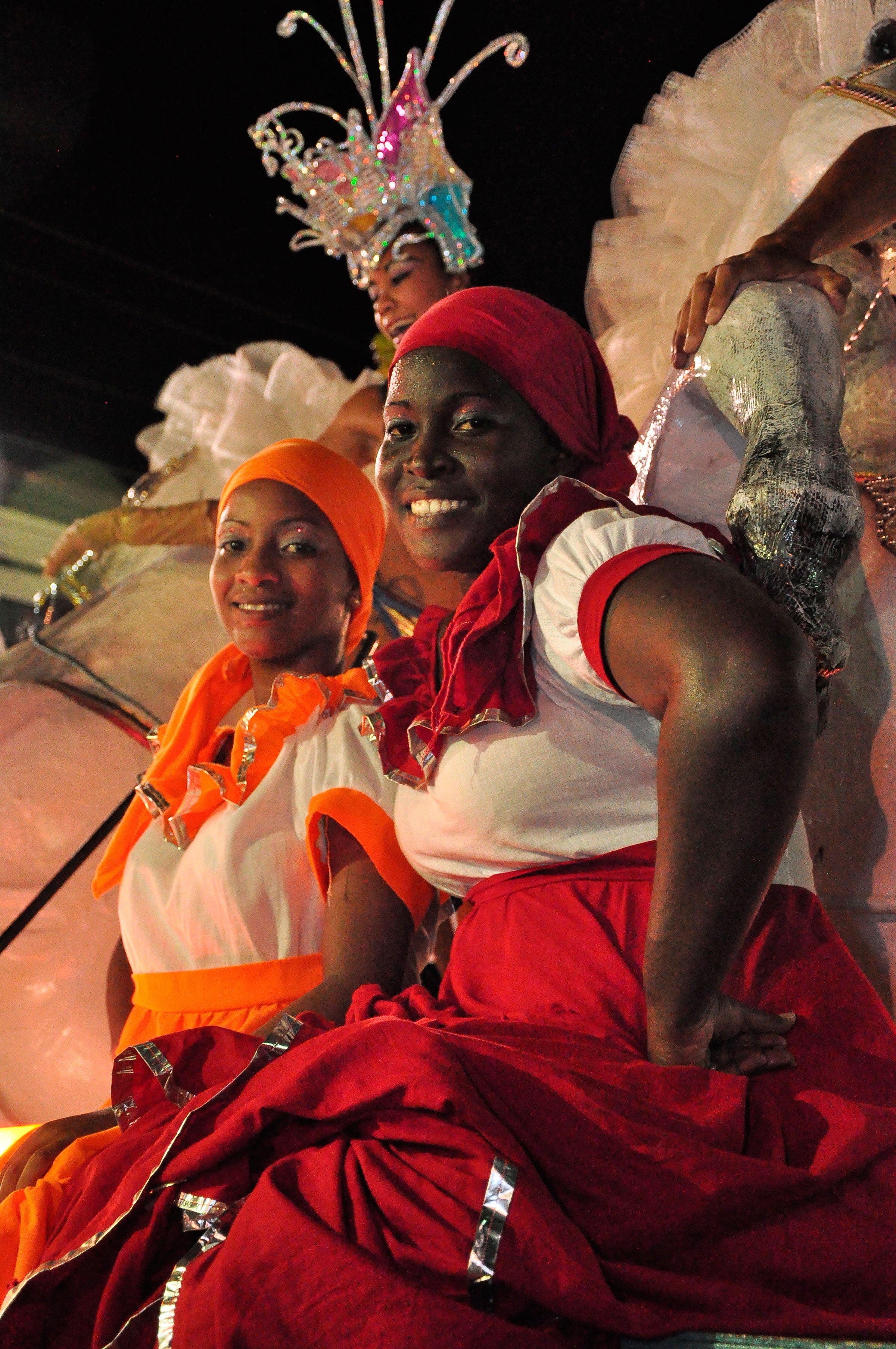 These were the words of Gilberto Martínez Gutiérrez, an Afro-Cuban artist I’d met the day I arrived in Santiago de Cuba back in April. As we settled into the lobby of the historic Hotel Melía, Gutiérrez walked me through his artistic influences, largely derived from the African culture that permeates the island. In particular, the writings of activist and national poet Nicolás Guillén—best known for poesía negra, or “Black poetry”—have informed Gutiérrez’s paintings. Born in 1902 in Camagüey, Guillén authored rhythmic works that explored themes of poverty, revolution and social protest.

Following Gutiérrez’s suggestion that I explore Santiago’s cultural houses, I stopped by the House of Popular Religions, which brought me face-to-face with transculturation. Images of Jesus Christ were juxtaposed with machetes and stuffed reptiles used in Santería ceremonies, a syncretic meeting of European Catholicism and the Yoruba and Ifá practices brought to the island by enslaved Africans. I learned quickly that most of Cuba’s population follows some sort of Santería practice.

In El Cobre, a city roughly 14 miles outside of Santiago, sits the shrine of the Catholic patroness Virgen de la Caridad, a Black Madonna. The saint so closely resembles the African orisha Ochún, with her deep skin tone and bright yellow dress, that many Cubans believe them to be one and the same. Directly across from the shrine stands a bronze and iron sculpture known as El Monumento al Cimarrón, or “the monument to runaway slaves.” The symbol of African resistance and freedom, erected by Afro-Cuban artist Alberto Lescay, commemorates one of the most important slave uprisings in the island’s history—the successful July 24, 1731, insurrection of enslaved Africans working in the mines of El Cobre.

“In Cuba, African influences can be found everywhere,” said Alberto Granado, director of Casa de Africa, a museum and education center in Old Havana. “From religion to art and food, the cultural elements are part of our identity.” Housed in a seventeenth-century mansion, Casa de Africa is home to objects such as ritual masks, ivory carvings and textiles from African countries, along with a collection of Santería symbols belonging to Fernando Ortiz, the anthropologist and writer who pioneered the study of Afro-Cuban culture. Afro-Cuban families from Havana and the neighboring countryside bring their children to explore the house’s educational program—a form of cultural preservation where they learn the traditions, dances, songs and worship practices of ancient African spiritual rituals. This transfer of knowledge is an ode to cabildos de nación, African ethnic societies in Cuba that operated under Spanish rule. 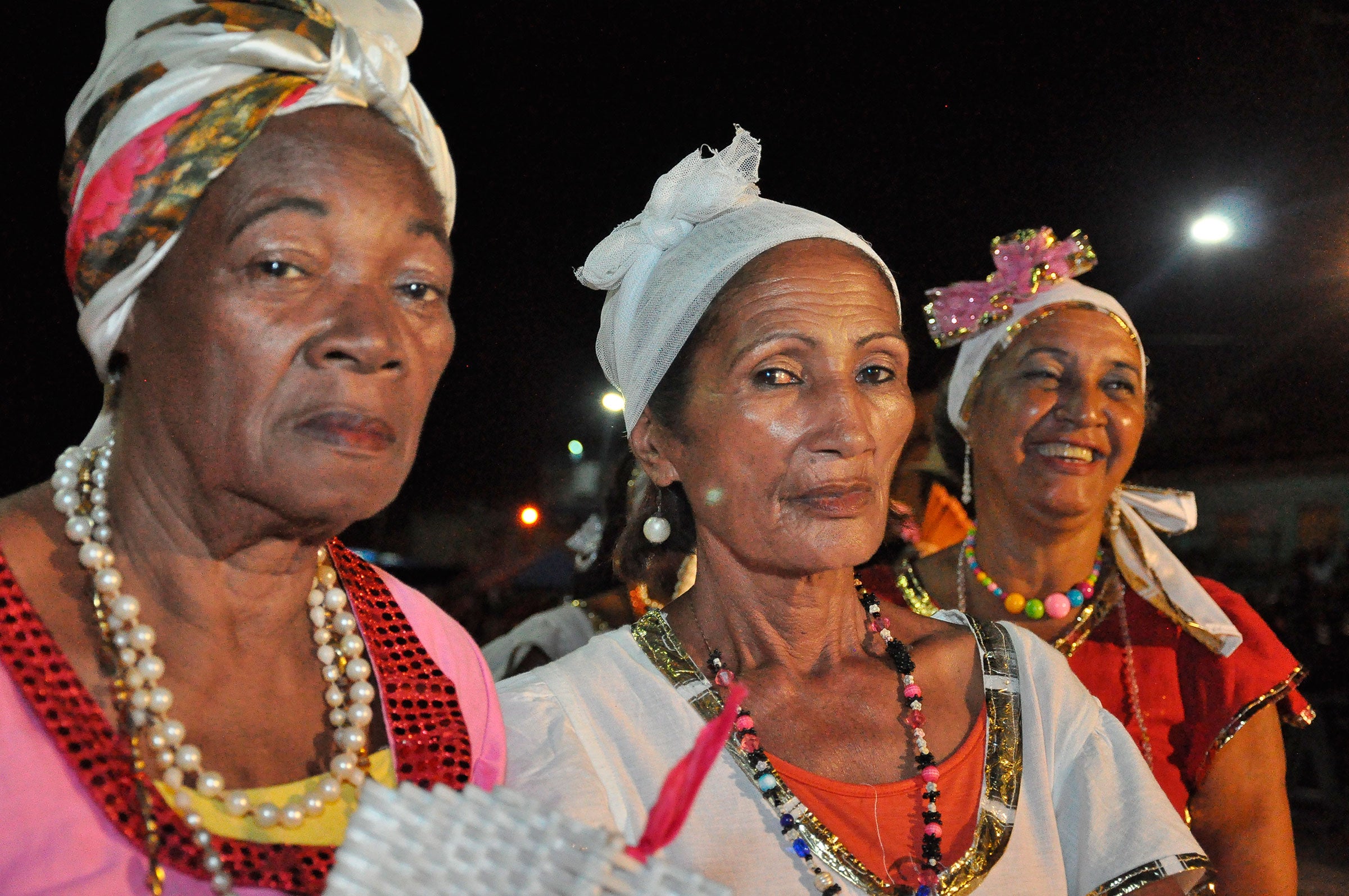 “Afro-Cuban traditions are also maintained in everyday Cuban cuisine,” my tour guide Martha Ibis told me as we left Casa de Africa. “Slaves used leftover aji—a green pepper—yams, yucca, potatoes and onions to make ajiaco, a stew that is our plato nacional, the national dish.” Green plantains were the main food given to enslaved Africans, giving way to fufú de plátano, a favorite of Cubans. Both dishes can be found at the neighborhood paladares, private restaurants often operated out of people’s houses and home to some of the best food in Cuba.

Ibis, whose daughter is studying medicine at the University of Havana, also referenced the Encyclopedia of Green Medicine, a book of Afro-Cuban herbal remedies that can be found in many homes. “During the so-called “special period,” we didn’t cut health care—despite economic crisis and being on the brink of famine,” says Ibis. “Pharmaceutical medicine was hard to come by, so our country depended on medicinal recipes passed down by the slaves.”

[Editors’ note: The dissolution of the Soviet Union in 1989 led to the collapse of Cuba’s economy, pushing the country into a “special period” from 1991 to 1995, when imports and exports saw a steep decline, agriculture and food systems crumbled and Cubans faced famine.]

Despite the Afrocubanismo movement bringing Afro-Cuban culture to the forefront in the arts, Afro-Cubans continued to be disenfranchised politically, facing discrimination and segregation in housing, the workplace and social life. Gustavo Urrutia, one of the first Afro-Cuban columnists to be published in a major Cuban newspaper, wrote in his “Ideales de una raza,” or “Ideals of a Race,” column in 1932, “The Republic has not been able to fulfill its social and economic promises [to the population of color]. That lovely revolutionary plan has been frustrated and in practice everything conspires together for the discouragement and extinction [of Blacks].”

The postrevolution government of Fidel Castro wanted to push national identity as the only identity, leading Castro to launch an antiracism campaign in 1959. The literacy rate improved, and young Black Cubans were entering the workforce as doctors, lawyers and engineers in the 1980’s, leading many to believe that Castro’s campaign had worked. Still, the gains made by Afro-Cubans were not reflected in the leadership of the country, with General Juan Almeida Bosque being one of the few Afro-Cubans in a position of political power in Castro’s government. The end of Soviet subsidies in 1991 and the onset of the “special period” saw a rise in racial inequality. During this period, the structural legacy of racism meant that Afro-Cubans faced the brunt of the economic challenges.

In the song “Lágrimas Negras,” or “Black Tears,” controversial rap group Hermanos de Causa (Brothers of the Cause) speaks for the new wave of Afro-Cubans who are tired of sweeping issues of inequality under the rug: “Don’t tell me that there’s no racism/ Because I’ve seen it/ Don’t tell me that it doesn’t exist/ Because I’ve lived it.” Group members Soandres and Pelón give listeners insight into the marginalized existence of Blacks in Cuba through their music. There have been some gains: With Raul Castro’s reforms, such as wage increases, the legalization of self-employment and a rise in Black representatives in the National Assembly, the modern Afro-Cuban movement has been successful in getting the government to at least acknowledge racial inequality. 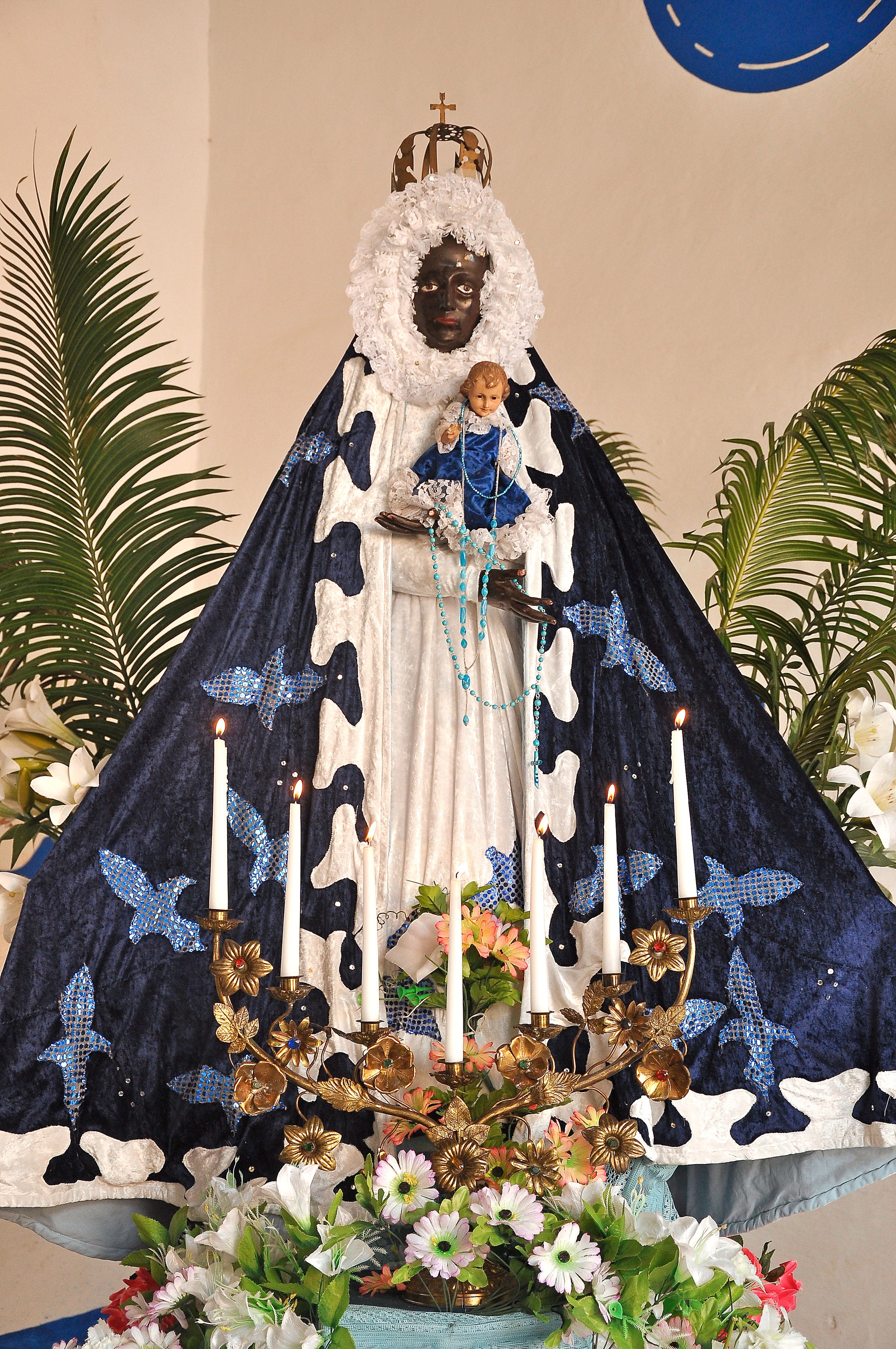 As I walked the cobblestone streets of Havana at the end of my trip, there was an air of optimism among Afro-Cubans who are hopeful that they will be able to take advantage of new economic opportunities as the U.S. embargo loosens and visitors to the country increase. The sounds of son fill the air and charanga bands can be found in full swing playing the bongo, bass, trumpet and tres—a guitarlike instrument with three sets of strings—on street corners.

With Cuba preparing for a new era, it’s clear that Afro-Cuban culture is influencing the newer, hipper enclaves of Havana. The Fábrica de Arte Cubano, or the “Cuban Art Factory,” an old cooking-oil factory, for instance, has become a hub for creatives in the city. Cuban hip-hop and Afro-rock musician X Alfonso is behind the project, bringing theater, fashion, contemporary art, film and more together under one roof while reggaeton plays in the background. Similar to the enslaved Africans’ creativity with leftovers leading to the dish that defines the nation, decades of having to do more with less has inspired a new generation of makers. This is no more apparent than at Fábrica, where the team uses secondhand materials like pallets to create a fluid space for community, exhibitions and performances.

On the way back to my hotel, I heard a familiar phrase on the radio. The spirit of the Cimarrón filled the pink 1950’s Chevy as my driver played Afro-Cuban musician William Vivanco’s record of the same name, a song that Vivanco says is both an ode to the journey of slaves who escaped their Spanish capturers and Vivanco’s personal pursuit of freedom. As Cuba’s doors open up, I know many Americans will want to come for the cars. But I hope they come for the culture—the Afro-Cuban culture.

Central Holidays, a tour operator that offers experiences under the U.S. government-approved travel category “people-to-people,” is one of a handful of companies with itineraries focused on Afro-Cuban culture. Some sites to see:

Start at ground zero for a full historical context of Afro-Cuban culture.

Originally a camp for enslaved Africans, this church is the home of La Virgen de Regla (The Black Virgin of Regla).

Visit for an introduction to the island’s religions, from Catholicism to Santería to the unique rituals that meld the two.

Learn the history of one of the oldest and largest carnival celebrations.

This shrine celebrates Cuba’s virgin saint Our Lady of Charity.