By Clarkisha Kent · Updated December 6, 2020
You may know Rapsody as one of the artists featured on To Pimp a Butterfly. You may know her as one of the more enduring female rap acts to emerge during the mid- to late 2000s. Or you may have heard of her because of her most recent album, Laila’s Wisdom, released in 2017. But you still don’t really know Rapsody. In fact, you are barely scratching the surface of the captivating lyricist. In a recent interview with ESSENCE, she speaks about her inspirations, her influences and her goals—particularly as they concern Women’s History Month, which is observed in March. In talking with Rapsody, you quickly learn that she is keenly aware of how much Black women tend to be erased and to fly under the radar during Women’s History Month. But that’s not an entirely foreign concept to us or to her, considering that “all the women are white and all the Blacks are men.” Still, Rapsody has so much to offer, in addition to good music. If asked about women she looks up to, she starts with those we all usually start with: the women of her immediate circle and others who are in her life. She calls this group her “village,” which is principally made up of her mother, her aunt and her grandmother. She credits these three in particular with showing her “what Black women really looked like”; that it was important to “hold your head high” as a Black woman; and that we, as Black women, are enough. And that we don’t have to pretend to be anyone but ourselves. But she also names notable Black women like Cicely Tyson, Phylicia Rashad, Nikki Giovanni and Maya Angelou, as well as rap and other musical giants like Queen Latifah, MC Lyte and Lauryn Hill. “These women embody beauty, strength, intelligence and class,” the lyricist explains. “Those were, for me, some of the first ones I looked up to as far as, you know, what the maturation of a Black woman was. Growing up, I wanted to have that class, their strength, their poise, their beauty. I loved how they could be strong and stern but still have that softness, still have that motherly love, at the same time.” Her citing of Queen Latifah and MC Lyte is of particular note because, as she goes on to explain, women like that did not adhere to rigid expectations and rules about female sexuality and presentation—which were surely complicated by their also being Black. They made her comfortable enough to be a woman and to be principally herself—that is, being the tomboy who still likes “girly things” or being the girl next door—in hip-hop. “Queen Latifah and MC Lyte hit me and inspired me early on. On how to be me. How to be original. They showed me how to be a fly tomboy and a classy Black girl. They inspired my creativity and allowed me to find my voice, and were a constant reminder of the fact that women do have a voice in hip-hop,” she says. 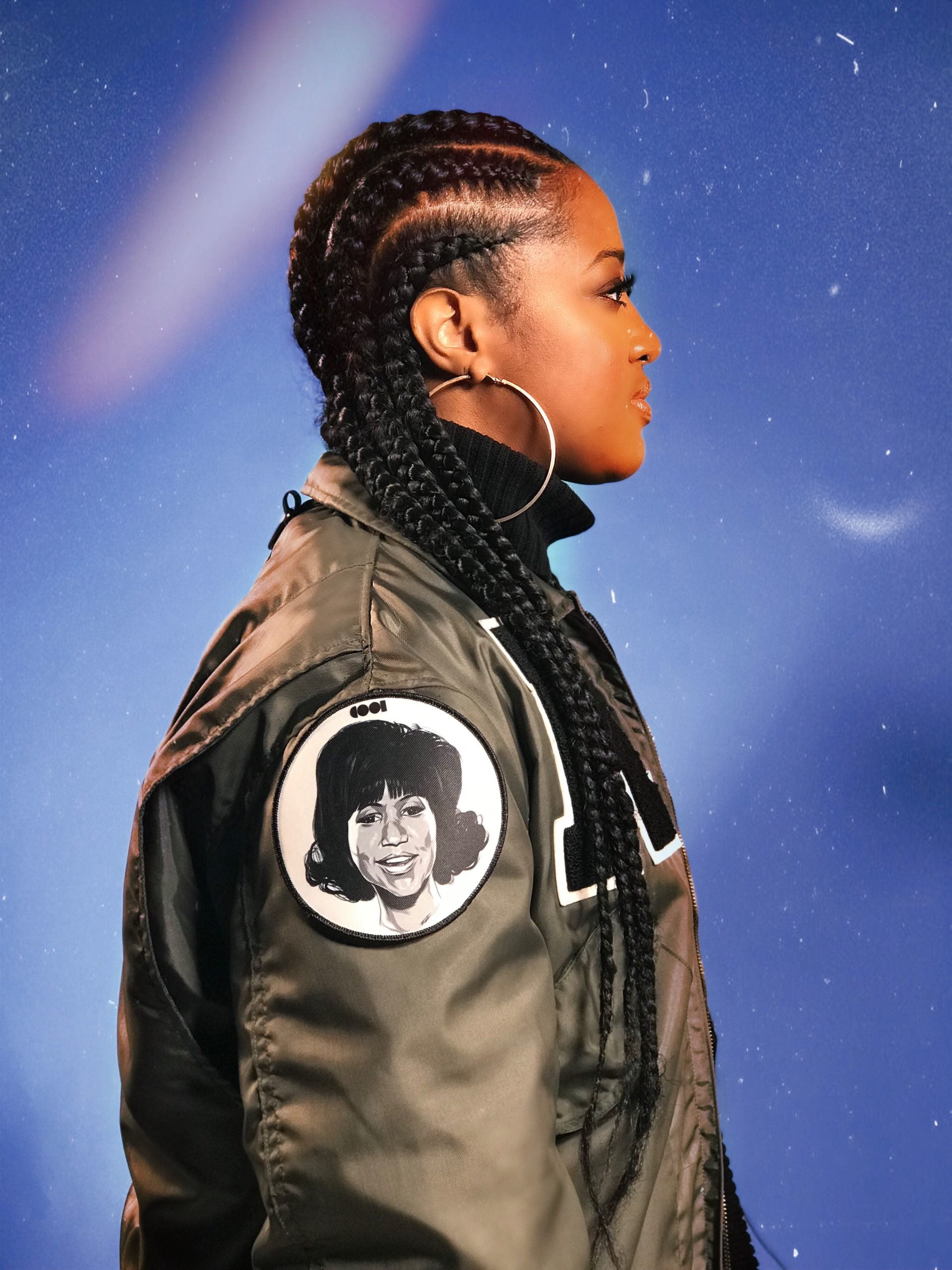 With that comment, Rapsody begins to get into the nitty-gritty of how interesting and rather precarious it can be for women in hip-hop. She states that it’s important for female artists to be able to “define what success looks like for themselves” so that they don’t fall into the trap of comparing themselves with someone else—unless it is for the purpose of healthy competition—but she is not ignorant of the hurdles. Besides the obvious hurdles of being a Black woman, there are more general challenges associated with being a woman in the business, and obstacles that are laced with misogyny. There’s the issue of earning and keeping the respect of male peers. There’s the issue of certain record labels and other professional entities thinking that women are too expensive to be invested in as talent. That there’s too much money that goes into maintaining their image. Their wardrobe. Their makeup. And these matters sometimes take precedence even if the woman in question is working—as she often has to—twice as hard as anyone else. This issue of misogyny is often most prominent in discussions of longevity and enduring relevance in hip-hop. To be clear, no rapper, artist or lyricist within hip-hop has ever been immune to conjecture about longevity and relevance. But you see the discussion take a nasty turn when it comes to women, mostly because detractors of women in hip-hop always use issues like marriage, family, pregnancy and even gross ageism to justify the so-called limited amount of time that female hip-hop talent has to get things done and make some noise. “When people talk about women artists, I remember when the conversation was ‘What happened to women?’ They were there, but they weren’t shown. We were invisible,” she says. “A lot of pushback was behind whether they were too expensive to maintain with hair and wardrobe and makeup. Or like you said, ‘We don’t have longevity’ and ‘What if you want to start a family?’ All these things. And the good thing I see about today is that we’re all having that conversation—about ageism, and aging women out too early. “And I think it will take the brothers, though, to make real change. Like, it’s dope to see other men involved in this conversation of ageism and parenthood. It’s dope to see your DJ Khaleds, your Jay-Zs, your Chance the Rappers, and all these men that show that, ‘Yes, we can work and still be fathers, still be parents. So if we can do it, then women can still be mothers and still have families and still have careers,’” she continues. Of course, this is not a new phenomenon for women; Rapsody stresses that “we’ve been doing this for centuries!” She cites Cardi B as an example of a woman refusing to be boxed in by the archaic notion that somehow women cannot balance the personal and the professional. Still, it matters that Rapsody mentioned the importance of male allies who do the work, too, and stand in the gap for their female peers, because ultimately it will always take someone else leveling the privilege and experiencing a similar injustice to bring about change across the board. It is Rapsody’s utmost hope that she gets to be this change, too, as she continues to be a “girl next door” role model to young girls in general and to other women looking to enter hip-hop—and as she continues to work on projects that are close to her heart, including her much anticipated follow-up to Laila’s Wisdom. Which, she promises, is coming soon!
TOPICS:  black women in hip-hop rapsody shethepeople women in music women’s history month