As protesters descended upon Washington, D.C. streets with posters, sign-baring capes and feminist pins in tow, a diverse group of young women and men began their march to the mall at Metropolitan AME, where the National Youth and College division of the National Association for the Advancement of Colored People (NAACP) hosted the People’s Inauguration.

Conscious of the need to mobilize millennials, Saturday’s event was the “launch of a new era of activism and stand against threats to voting, civil rights, education and more under the new administration,” according to the NAACP. 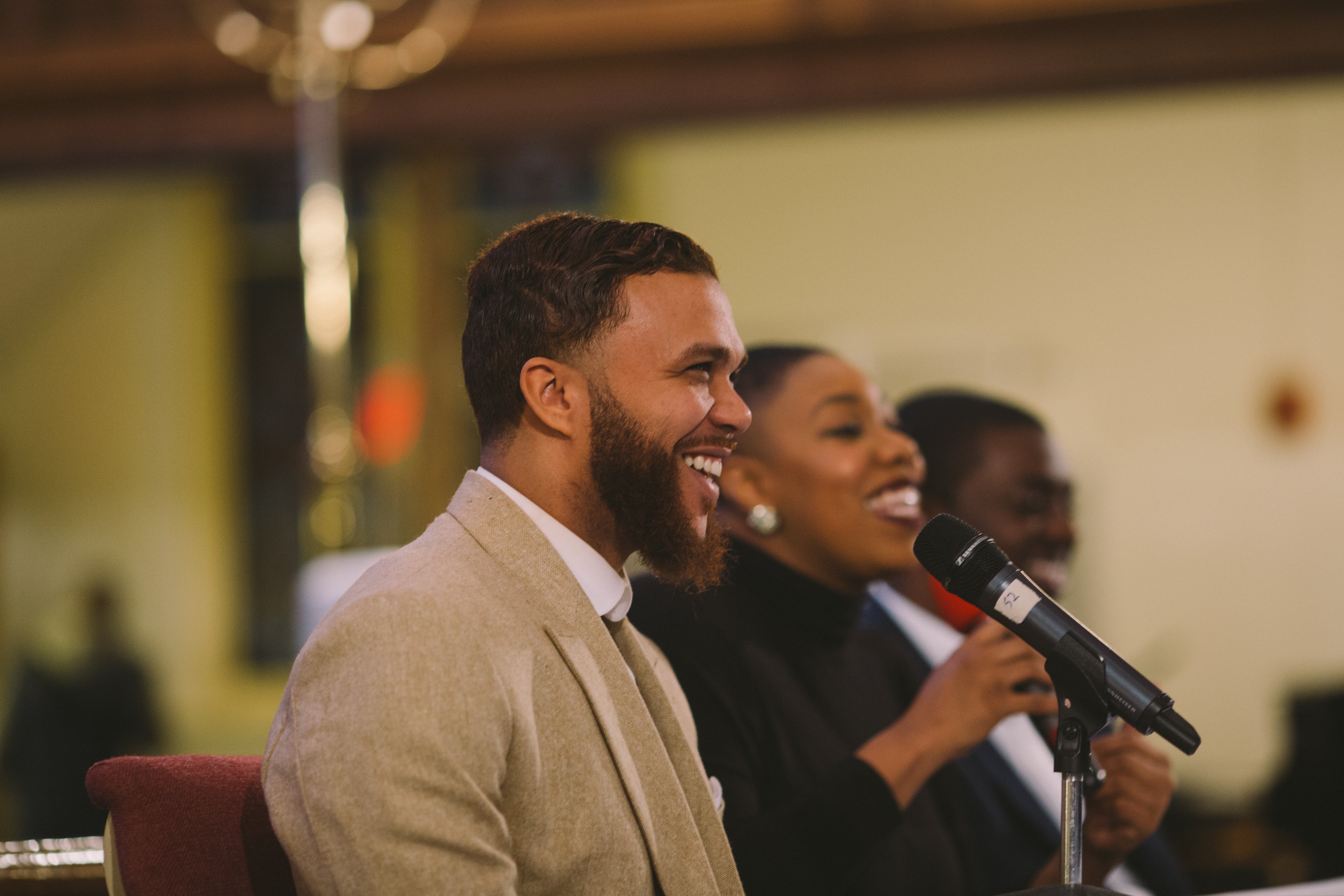 “We are here today to gather millennials of color and collectively with the women’s march, (show) a day of solidarity across the country and a day of resistance to assert that we’re stronger together than we are apart,” said Stephen A. Green, national youth and college director of the NAACP.

Dubbed “Stay Woke and Fight,” the day kicked off with worship and praise led by Howard University’s gospel choir, including a resilient delivery of the national Black anthem, and was followed by prayer and a welcome from Bethune Cookman Student Government Association President Jacari Harris. Green and Jidenna hosted a panel discussion, moderated by Sanders, which focused on the importance of proactive social justice and outlining what an effective agenda looks like. The loose agenda described included empowering leaders at all levels to implement local and federal legislative changes, particularly against legislation that disproportionately impacts people of color and low-income populations.

As the session wrapped, we spoke with Sanders about her participation in and opinion of the Women’s March on Washington.

Sanders also noted that women of color have to be willing to show up.

“A lot of times we are disengaged with the women’s movement because of the history. They have not done intersectionality well. While they were out here fighting for women’s rights, we were still struggling to just be Black people and Latinas and Muslim women. We have to be willing to break down silos.”

In the sea of peaceful and colorful signs of resistance, unity and hope, held up by the hands of marchers who were, by observation, overwhelmingly White and devoid of people of color, Sanders’ points were an accurate prediction of the historic Women’s March on Washington.

As women in pink hats flooded the streets outside the 179-year-old church, the energy inside the walls of the storied building, lauded for its commitment to interfaith discussions that evoke change, was energetic, enthusiastic and hopeful.

“Metropolitan has been the vanguard, if you will, of social justice in this city for ages. From this pulpit, Frederick Douglas spoke. From this pulpit, many of our heroes and ancestors fought for our rights,” said Green. “We’re here to channel that energy from our ancestors. This is the launch for resistance and the collective fight across this nation to push an agenda forward that’s progressive.”