Ayme Sinclair never thought she’d fall in love with competitive sailing, but that’s exactly what happened after a friend invited her out on a vessel.

“I’d always been into boating and the water and making it a priority when I travel, so when my friend invited me to come out and sail, I was like, ‘I’d love it!’ It was my first time on a sailboat and I got on a fell in love with it,” she recalls.

After having such a wonderful time, Sinclair decided to take a class through the American Sailing Association to get certified in the basics so she could learn more about the sport and be able to rent a boat. When a coworker invited her to tag along one evening for race night, she decided to try it out even though she still didn’t have much experience.

Four years later, Sinclair is a member of the Sweet Caroline Sailing Team, and participates in several meets during the season.

“I’m on this competitive race circuit where I travel throughout the Northeast and race in meets in Connecticut, Rhode Island, and upstate New York,” she says. Though she’d have an amazing time with her team, which happens to be extremely diverse, Sinclair noticed that other sailing squads weren’t so inclusive. “We looked so different than anyone else. More than half of our team is women and we are so multicultural.”

The experience made the former marketing executive want to encourage others to get into the sport, so she founded #SailingNoire to break down stereotypes and get more Black folks on the water. 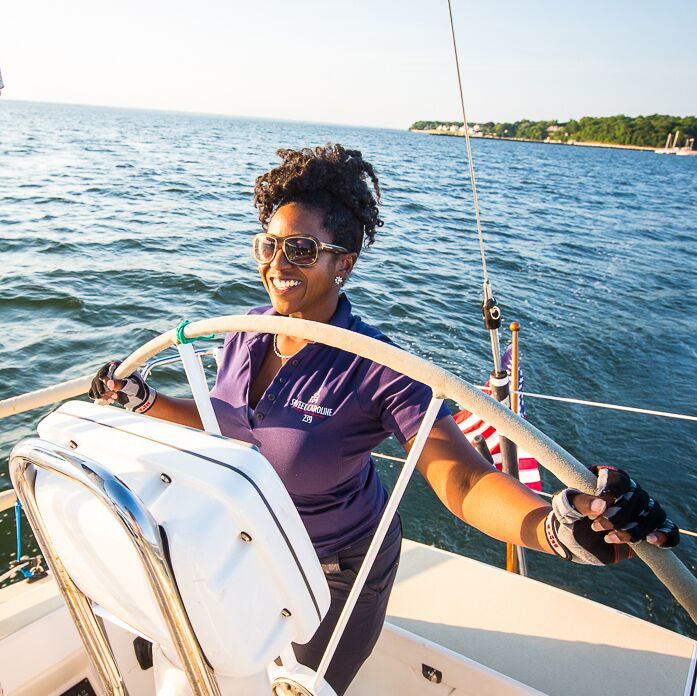 “There’s this misconception that if you jump into the sailing world you need a lot of money, but it’s not that true,” she says. “As a member of the crew, the only thing you need is to buy a pair of gloves and maybe some beer because it’s a very socialized sport.”

Since falling head-over-heels for sailing, Sinclair made it her mission to inspire others, especially Black women, to do the same. While she’s sailed around the globe, hitting the water in Spain and the Caribbean, her most recent adventure took her to Kenya where she learned about the country’s famed Lamu dhow race festival.

“It’s a race where everybody looks like me, which I found to be an amazing thing,” she says. “Immediately, I wanted to race.”

There was only one problem. Lamu’s dhow race is extremely traditional and women watch instead of participating in the competition. Sinclair decided to change things up. She built an all-female team, which included women from all over the African continent (including a Muslim woman from Lamu), but many in the coastal town still were not convinced Sinclair’s group could pull it off. 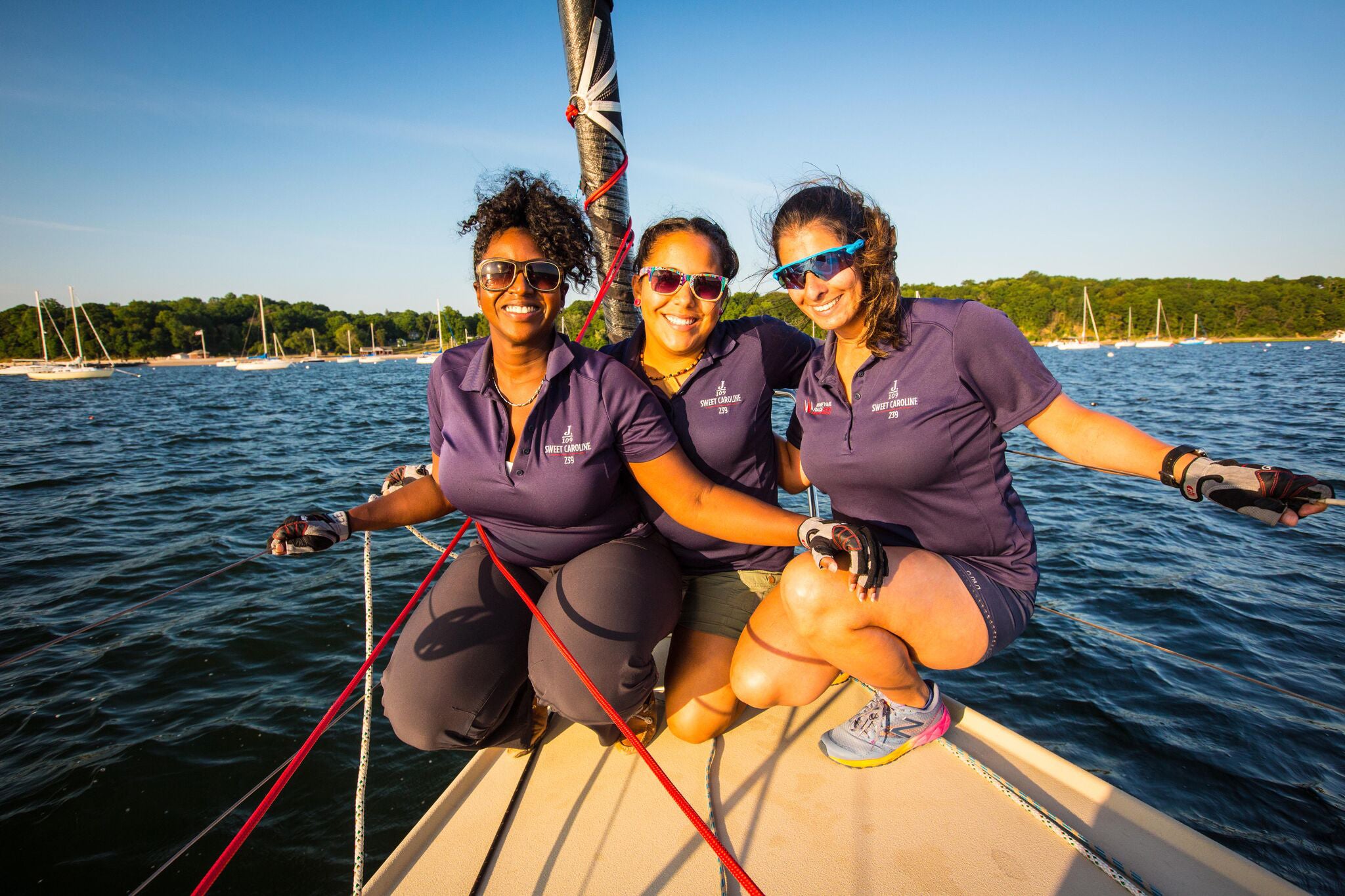 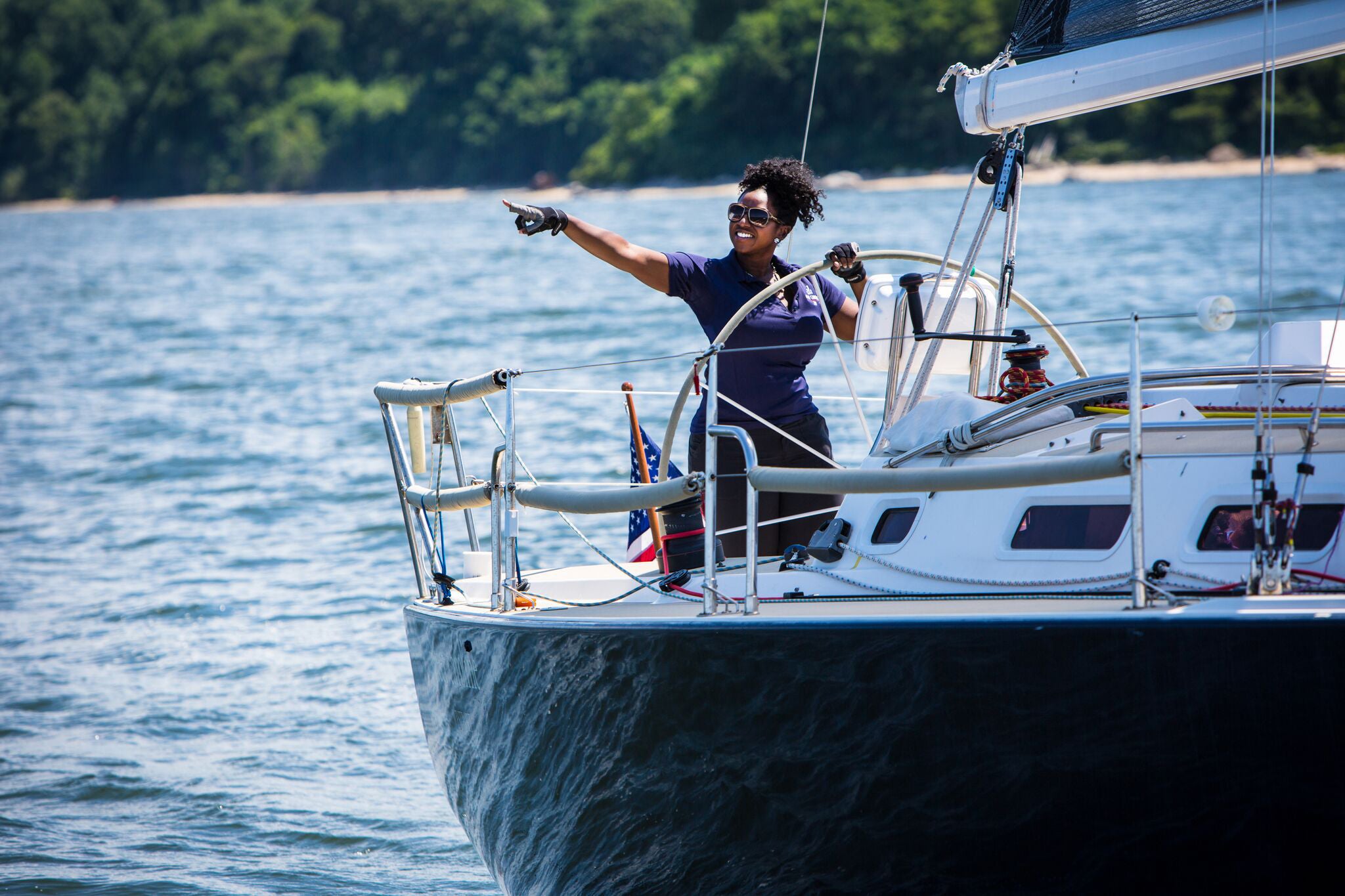 “When I got to Lamu I was met with a lot of adversity. I was told that I was going to be putting the women in harm’s way because the women in Lamu don’t know how to swim and the boats are super competitive and bang into each other and flip over,” she recalls. “One woman sat me down for 10 minutes to tell me why it wasn’t going to work because there’s just no way women could do it.”

Sinclair dismissed the detractors and forged ahead. 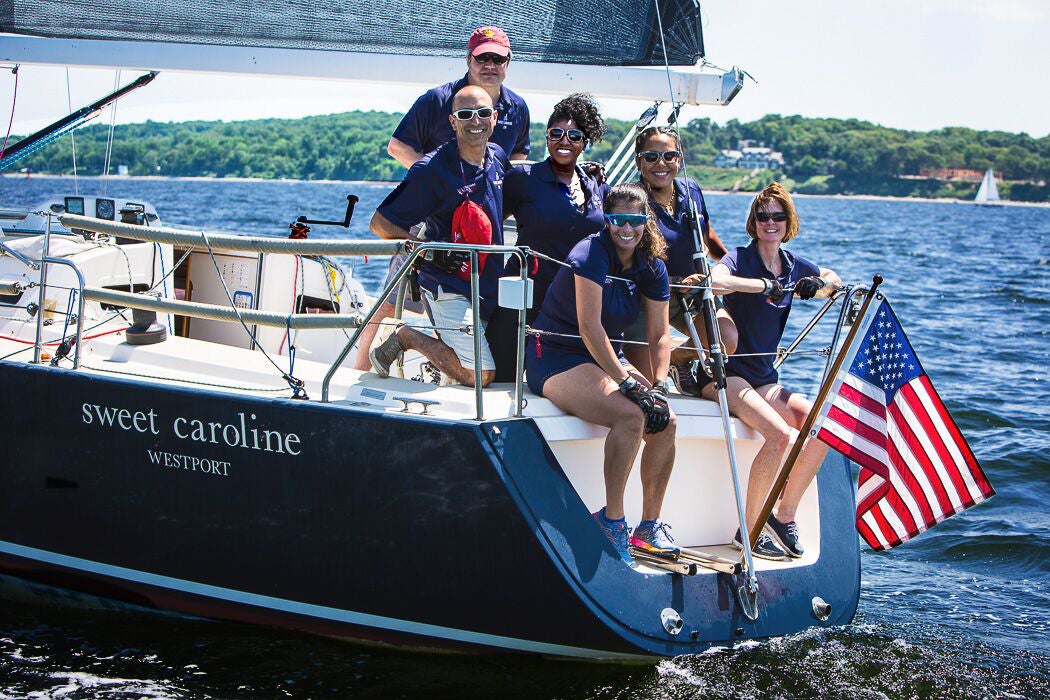 “Not only did we finish the race, we wound up beating three other boat captains that had done very well in the past,” she says. “I don’t think we were really in it to win. We were in it to show this community that women can do things.”

It worked. After the race, Sinclair learned that some of the women of Lamu were interested in learning how to sail. “It sort of changed the way the community has viewed the role women play,” she says.

Sinclair hopes to transport that same energy to Black women around the globe. 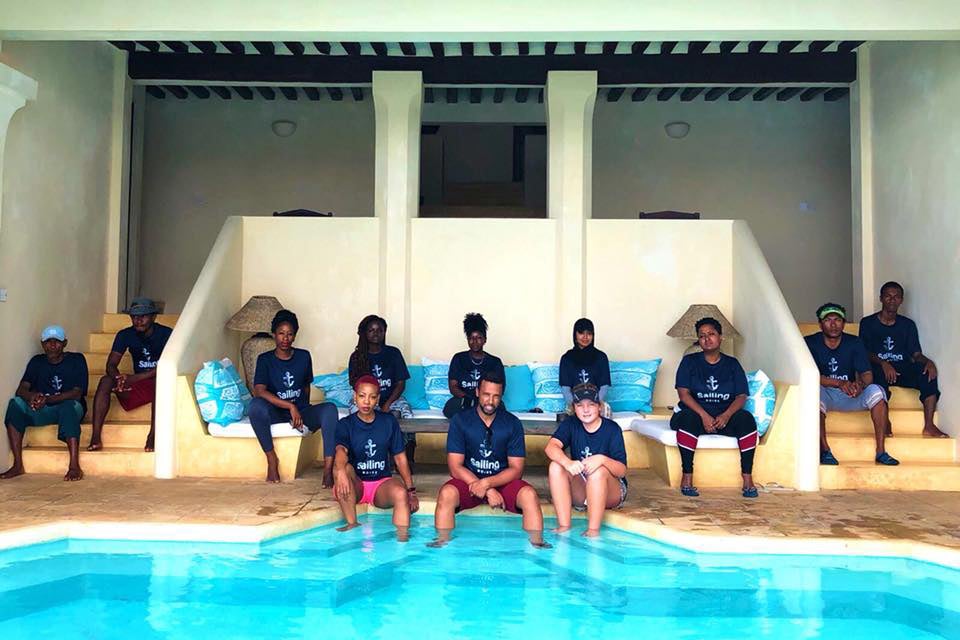 “Sailing for me is way more than something I love to do that’s just fun,” she explains. “I’ve realized that I can now utilize this love and change the way people view women’s roles in society, particularly in Africa.”

Sinclair is in talks with a TV network on the continent to replicate her experience in Lamu in other communities across Africa. Her goal is to build all-female racing teams across the African Diaspora that would meet up and race in Lamu. 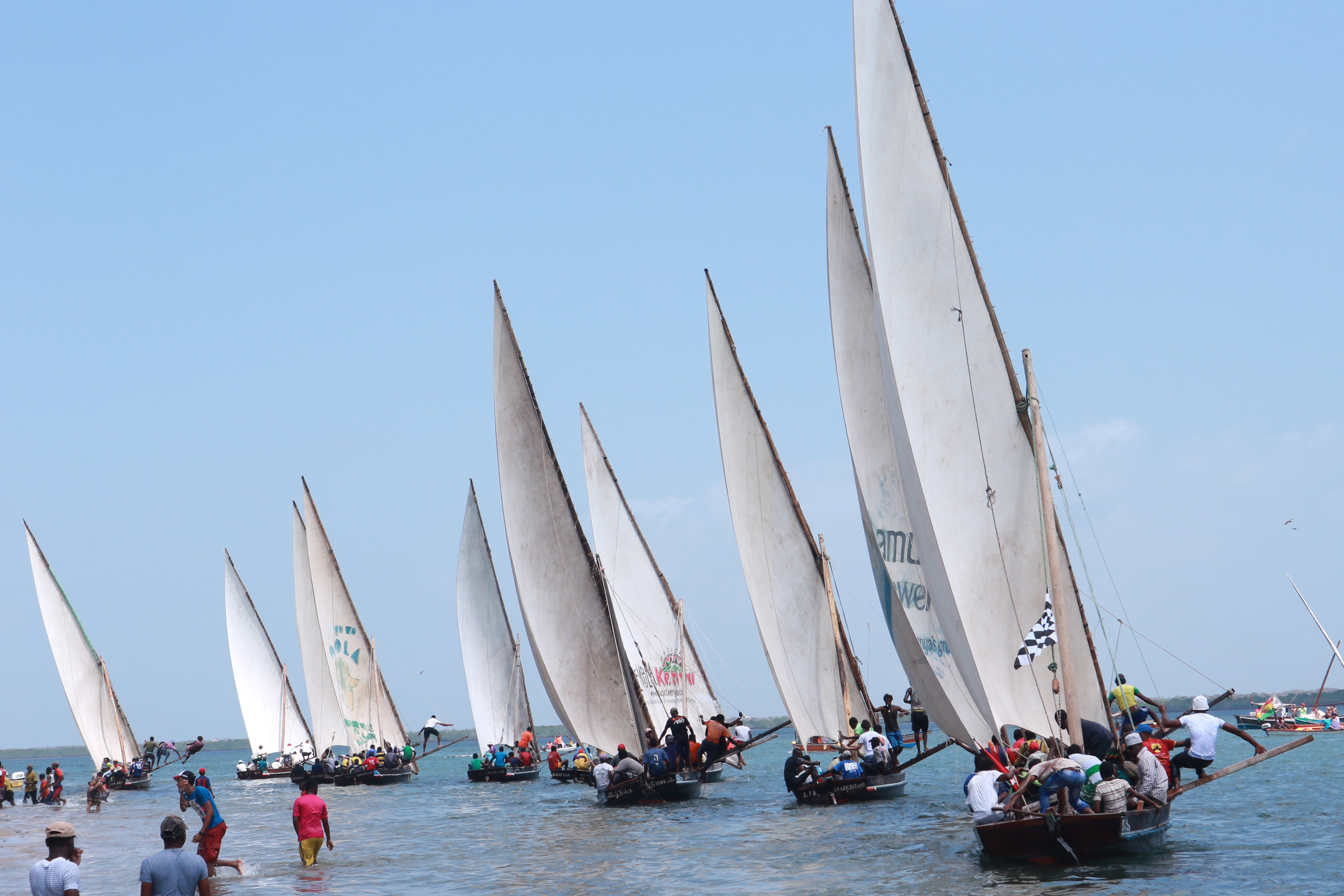 “Sailing changed my life in so many different ways,” she says. “And I want to share it.”