By clicking Sign Up, you agree to our Terms of Use and that you have read our Privacy Policy
Skip to content
John Sciulli
By Erickka Sy Savane · Updated October 26, 2020
Take one look at film and TV producer Sidra Smith–beautiful, bald, and oozing with confidence–and it’s hard to imagine her any other way. But had you seen her 15 years ago, you would have been meeting an entirely different person. That Sidra had such an obsession with hair extensions that she drew up a will to legally ensure that she’d be buried in a fresh weave. My, what a difference a few years can make! Sidra was around twelve years old when she put in her first hair weave. “I just remember being really obsessed with long hair and feeling that it made me prettier,” she says. “Plus, everyone in my Camden, New Jersey neighborhood was wearing extensions, so it was the cool thing to do.” That thing became a very important part of Sidra’s daily routine, as hours were spent flat ironing, brushing and making sure that her tracks weren’t showing. Braids were easier to maintain, but took longer to do – sometimes up to two days- depending on the style. She and her identical twin sister, actress Tasha Smith (Empire and Tyler Perry’s For Better Or Worse), got so good at doing each other’s hair that they developed a reputation in Camden, and eventually turned doing hair into a side hustle to make extra money. “People would come to me for hair extensions and micro braids. At one point, I had clients flying in from all over to get their hair done and I may have been 15!,” laughs Sidra. Things were going so well that Sidra started cosmetology classes and even considered doing it professionally. It took moving to Los Angeles a few years later to realize that it wasn’t for her. “I loved doing hair and makeup, but the hair and makeup people on those sets in Hollywood were really good, and I realized I didn’t love it like that,” she says. What she did love was modeling. So when the opportunity arose, she moved to Europe, where she eventually found work in Italy. However, the experience proved to be bittersweet because the long hair that had made her feel so sexy and confident wasn’t appreciated in the same way as at home. Photographers even asked her to take her extensions out, leaving Sidra devastated. “I’d been wearing hair extensions my whole life, and had no idea what else to do with my hair,” she explained. Once back in the States, Sidra stepped back into the world of hair and keeping up her routine. But now interesting things were happening. For instance, after paying $1,500 to get micro braids done, the guy she was dating at the time didn’t like them and begged her to take them out. She had also started producing entertainment projects and noticed that she was spending more time than she wanted maintaining her hair. As her 31st birthday approached, Sidra started to feel like she was wearing a costume and something had to give. “I looked in the mirror and didn’t recognize myself,” says Sidra. “So as a birthday gift, I decided I would reintroduce myself to myself, and that meant shaving my head.” She called her best friend Feanna Smith that she met in cosmetology school and now owned her own salon. “I was shocked when she told me what she wanted to do because I only knew her with hair, but I also knew that if anyone could pull it off, Sidra could,” says Smith. On the eve of her 31st birthday, Sidra went to see Feanna with butterflies in her stomach. After all, she had no clue what her head was shaped like. Once it was complete, Fee loved it! Subscribe to our daily newsletter for the latest in hair, beauty, style and celebrity news. “Sidra was beautiful before, but now you could see her natural beauty.” Sidra, on the other hand, was a little underwhelmed. “The first thing I remember is my head feeling cold and sensitive,” she says. “It took me some days to get used to this woman with no hair. But once I did, I fell in love with her and this freedom from having to worry about my hair!” Her life changed dramatically, from having more time to meditate and take longer walks to discovering a confidence that she never knew she had. Because as pretty as she felt with long hair, there was a lot to think about. Did people think the hair was real? Were her edges straight enough? Would her hair be done in enough time for her to go out? The biggest change, however, wasn’t how she saw herself, but how others saw her. “I got attention with weaves and I thought I was sexy, but the amount of attention I got bald was beyond anything I had ever experienced or imagined. And as I noticed it more, I began to feel more beautiful and confident. I know that a bald head isn’t for everyone, but this idea that long hair gets you more attention, or more dates, is a myth.” 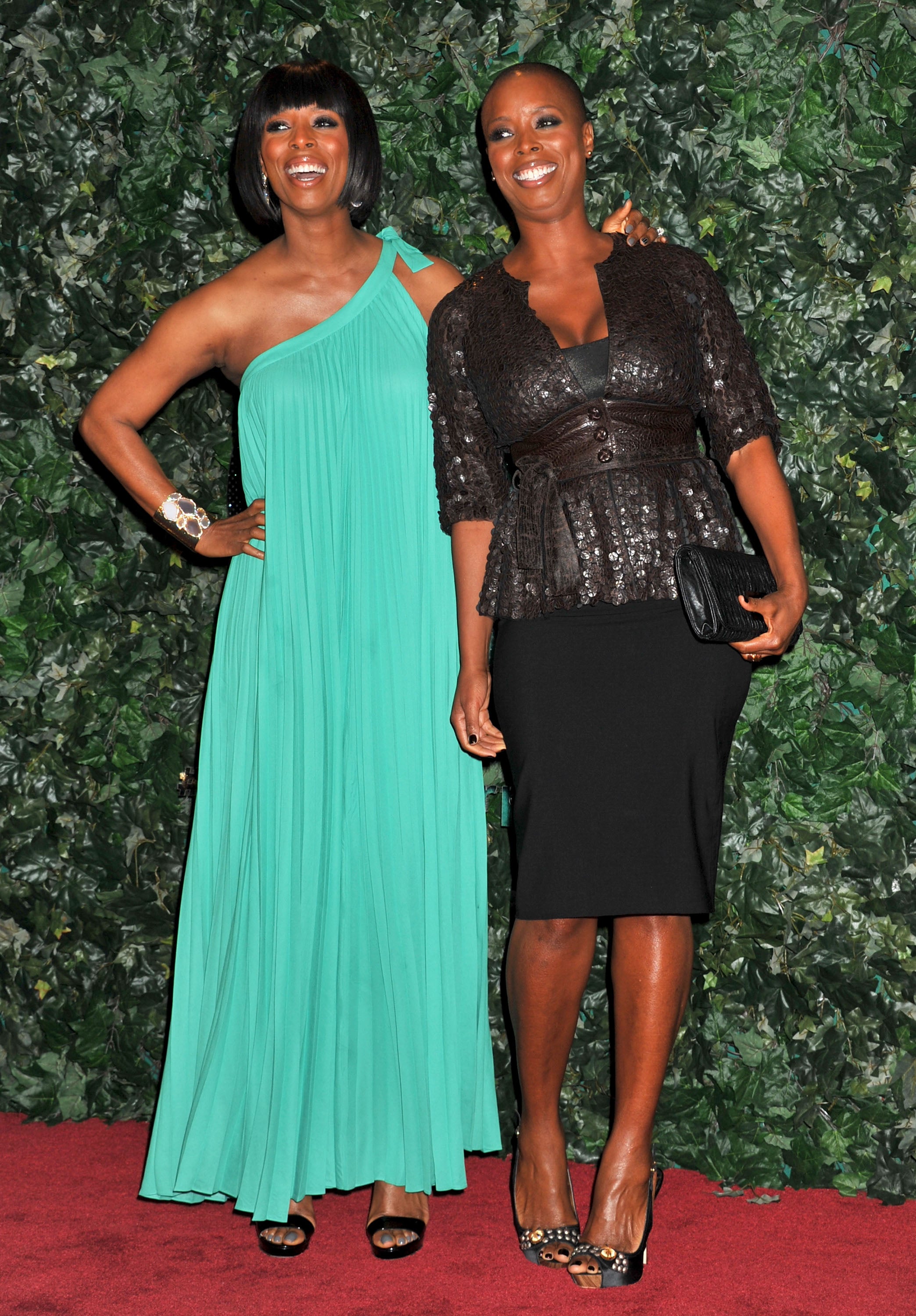 How did her twin Tasha feel about her new look? “It looks so beautiful on her,” Tasha has stated on their joint Facebook fan page. “Now me on the other hand…I wish I could be that free at times…BUT AIN’T NOBODY GOT TIME FOR THAT.” Ask Sidra today if she will ever grow her hair back and she’ll tell you- “Never. I’m having so much fun being bald that I will be bald for life!” Sidra Smith is producer of ‘Free Angela And All Political Prisoners,’ an NAACP-Award winning documentary, as well as producer of the upcoming Angela Davis biopic, alongside Jeff Clanagan, Nina Yang Bongiovi and Forest Whitaker (Lionsgate).