By clicking Sign Up, you agree to our Terms of Use and that you have read our Privacy Policy
Skip to content
By Siraad Dirshe · Updated December 6, 2020
Getting braids—single plaits, cornrows or any style that weaves together three strands of hair—is a rite of passage for many Black women in America. Who can remember spending hours as a child sitting on the floor between a loved one’s legs as your tresses were carefully intertwined? And today as adults many of us frequent salons for more expertly crafted masterpieces. However, unlike a lot of our popular styles, such as finger waves and rod sets, braids are more than mere aesthetics. They bind us together. They are an integral part of Black culture—past, present and future. ANCESTRAL ROOTS  The discovery of ancient stone paintings depicting women with cornrows in North Africa shows that braids date back thousands of years. In their earliest known forms on the continent, the styles had a duality of purpose: Not only did they uphold societal customs, but they were also fashionable. “African women have a rich history in terms of the ways they adorn their hair,” says Zinga A. Fraser, Ph.D., an assistant professor at Brooklyn College. A specific look could indicate the clan you belonged to, your marital status or your age. For example, a traditional style symbolizing heritage for the Fula women of the Sahel region consisted of five long braids down the back with a small tuft of hair gathered at the top of the crown. Hairstyles were passed down through the matriarchs of each generation—from grandmother to mother to daughter. The Fula women also went to great lengths to present their hair beautifully. Silver and amber discs accessorized their shoulder-length braids. “These styles were like neat headpieces, worn down the middle of the forehead—regal-like,” says Tamara Albertini, owner of the braid studio Ancestral Strands in Brooklyn. The dichotomy between tradition and artistry existed in perfect harmony until the start of the transatlantic slave trade in the fifteenth century. 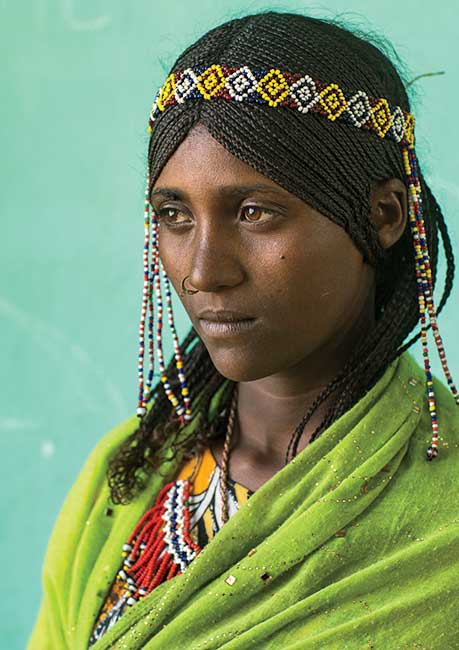 A NEW WORLD, A NEW MEANING  According to Fraser, it’s impossible to understand the history of braids, and Black American hair culture in general, without looking at the impact of slavery on African women. In addition to the physical and psychological trauma it caused, an erasure occurred, she says. Before the captured boarded the slave ships, traffickers shaved the heads of the women in a brutal attempt to strip them of their humanity and culture. Perhaps colonizers recognized the significance of the elaborate strands. In any case, they sought to take away the women’s lifeline to their homeland. As the women endured the rigors of slavery in America, braids became more functional. “In a system [in which they] were just trying to stay alive, there wasn’t time to make intricate styles,” says Lori L. Tharps, an associate professor at Temple -University and the coauthor of Hair Story: Untangling the Roots of Black Hair in America. Sunday, which provided a slight reprieve from the torturous conditions, was the only day the women had to prep their locks. “[So] braiding becomes a practical thing,” adds Fraser. “[Hairstyles needed to] last an entire week.” Without time, resources or products, African-American women took to wearing their tresses in a more simplistic fashion. The women chose easier-to-manage styles, like single plaits, and used oils they had on hand, such as kerosene, to condition them.

Braids also served another purpose: They became a secret messaging system for slaves to communicate with one another underneath their masters’ noses. Tharps explains that “people would use braids as a map to freedom.” For instance, the number of plaits worn could indicate how many roads people needed to walk or where to meet someone to escape bondage. Despite the immense difficulties they faced during slavery, African-American women did their best to hold on to the ancestral tradition of wearing meticulously braided styles. However, Emancipation in 1865 brought about a longing to leave all things reminiscent of that horrific time behind. As Black women flocked to cities like Chicago and New York during the Great Migration and took jobs as domestics (one of the few positions available to them), braids soon became synonymous with backwardness. For some, plaits and cornrows were traded in for chemically straightened or pressed tresses. “A braid was a sign of unsophistication, a downgrade of [a Black woman’s] image,” Tharps says. African-American women wanted to look citified. With their newfound freedom, many chose to assimilate, and straight styles became the norm.

SAYING IT LOUD It wasn’t until the Black Power -Movement of the 1960’s that our perception of our hair began to shift. The movement affirmed us and rejected the Eurocentric framework of beauty. Black Americans were developing a deep desire to honor our African roots, and our styles du jour reflected that. “In the 1970’s braiding one’s hair on intricate levels was very much -connected to [the practices in] Senegal and Nigeria,” says Fraser. In the 1972 Depression-era movie Sounder, a young Cicely Tyson sported cornrows and a headscarf. During the promotion of the Oscar-nominated film, she wore upward and crisscrossed gravity-defying braids that hovered around her crown. The actress donned a similarly iconic look on a Jet magazine cover. Throughout the 1970’s and 1980’s, other stars like singer Patrice Rushen wore braids on the red carpet and during performances. Rushen often adorned hers with beads. 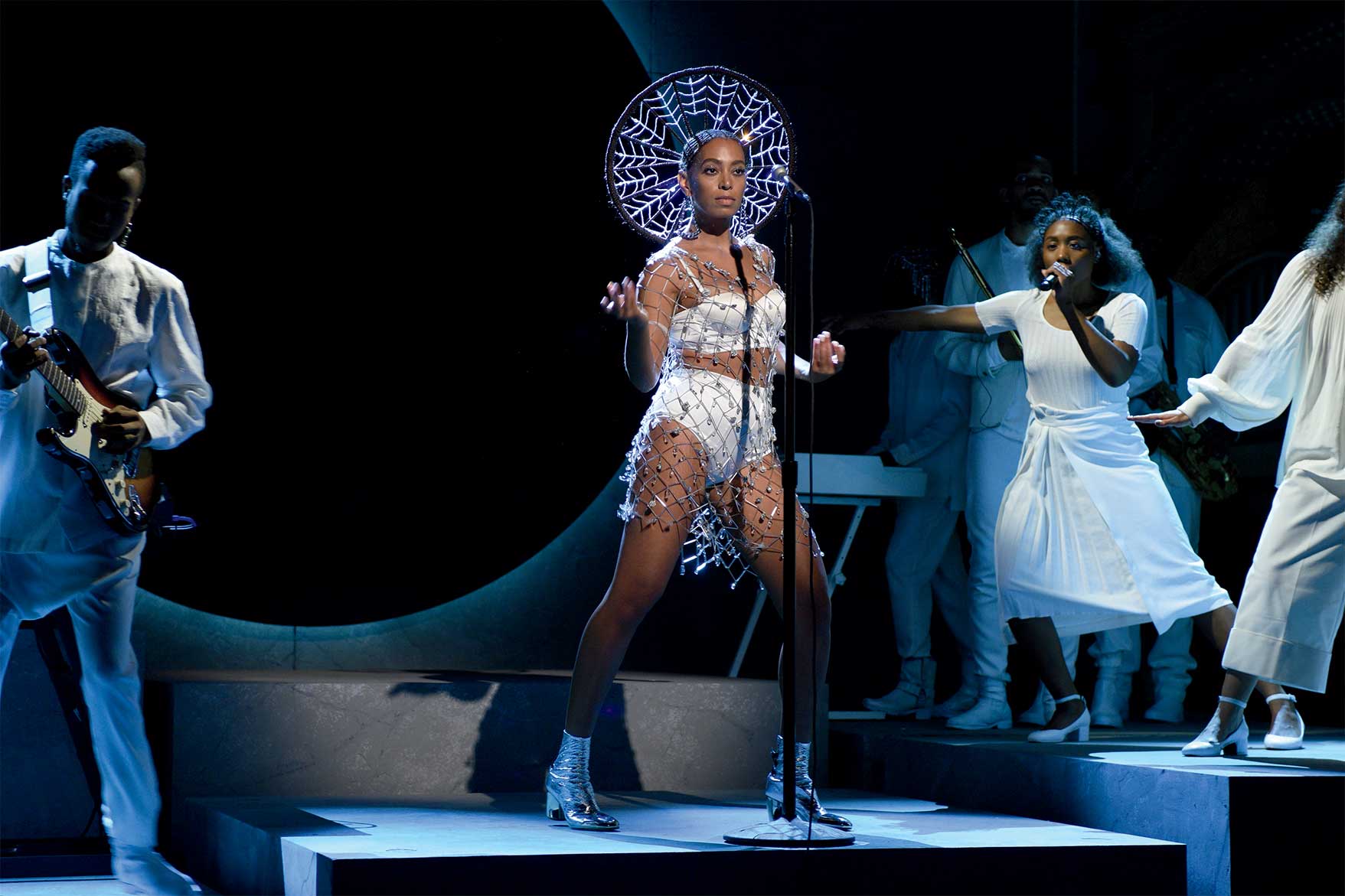 Over the years braids became an outward expression of self-acceptance and self-love. And it was only a matter of time before others noticed. Ironically, Whites—the people who represent a culture that for centuries has imposed its ideal of beauty on us—began to wear the styles of our ancestors. Despite the fact that naturally straight hair is not as adaptable for braids, the women were called beautiful and cutting-edge. This was cultural appropriation at work. Yet while they were lauded, countless braid–wearing Black women like cashier Cheryl Tatum and telephone operator Sydney M. Boone faced negative responses: In the 1980’s one was fired and the other forced to wear a wig because their hairstyles violated their company’s dress code. Unbelievably, we are still fighting the same battle today. Just last year Destiny Tompkins, a former Banana Republic employee, was told by her manager that her box braids were unprofessional. 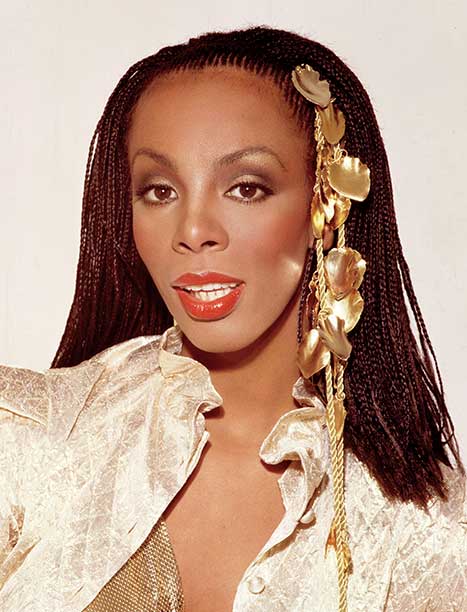 MAINSTREAM MAGIC  Nevertheless, as hip-hop became the standard of pop culture cool in the 1990’s and early 2000’s, braids reigned with our female artists on the big and small screens and in music videos. Janet Jackson made waist-length box braids famous in the 1993 flick Poetic Justice. Who can forget Brandy’s braids in the video for her smash debut single, “I Wanna Be Down”? She later wore them on her sitcom, Moesha, which ran from 1996 to 2001, and in the video for her 1998 number one crossover hit, “Have You Ever?” Celebrity hairstylist Vernon François believes that braids reached new heights during this period—punctuated by Alicia Keys’s stepping onto the scene: “When Alicia Keys came out with her [look in the early 2000’s], it was a really big deal. She [further] commercialized the idea that you could be a successful artist with braids.” In 2016 Beyoncé paid homage to our heritage by wearing traditional double-row Fulani braids in her groundbreaking “Formation” video. Regardless of popularity, braids are an inextricable part of Black culture. We have carried these styles with us throughout -history—from Africa to southern plantations to northern inner-city salons and beyond—even when our natural beauty was not acknowledged and with the plethora of hairstyle choices available to us. From generation to generation, not only do we proudly opt to wear our braids, but we also reclaim them—time and time again—as our birthright and that of our ancestors. Additional reporting by Rachel Williams and Hope Wright.
Loading the player...