By Nikki Brown · Updated October 26, 2020
Solange Knowles’ A Seat At The Table album cover has undoubtedly inspired a renewed love for hair accessories. The stoic portrait features the “Don’t Touch My Hair” singer adorned in a set of pink and blue duckbill clips as she gazes into the camera lens. And because the album itself is lauded for amplifying the black experience, most of us expected the masses to tread lightly if recreating the now iconic look. Alas, we’ve been proven wrong. Subscribe to our daily newsletter for the latest in hair, beauty, style and celebrity news. London’s Evening Standard newspaper is the subject of Internet fodder since publishing this image of a white woman rocking a hairstyle that’s strikingly similar to Solo’s album cover. 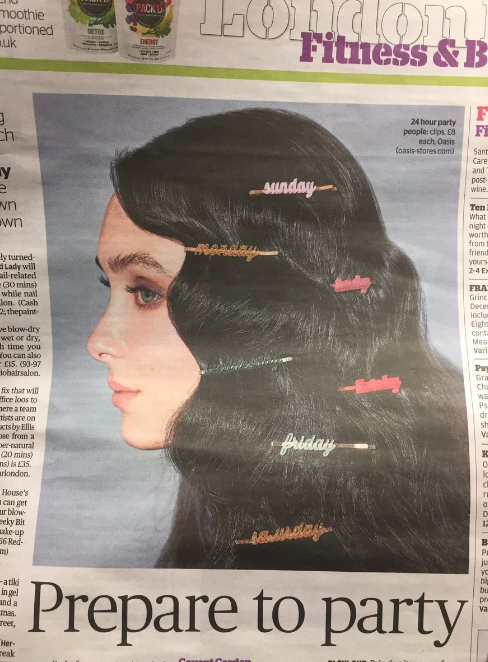 And according to Buzzfeed, the image itself can be credited to Oasis, a “high fashion store.” As expected, the interwebs have reacted and they are not pleased, claiming this is yet another example of cultural appropriation.

Solange: "This shit is for us"

This tweet perfectly incapsulates what a lot of us are feeling: Are you here for it?