Apartheid South Africa presented a host of barriers that prevented many Black South Africans from entering the business economy as meaningful players and not simply as semi-skilled laborers.

Access to capital and business resources was simply a myth for millions of Black people. But cut to post-Apartheid 2017, and the question still remains: How much has changed?

The answer is, a lot has changed.

The overall growth of Black-owned small-to-medium businesses in South Africa has catapulted in the past 20 years, with success stories offering motivation and hope for those that come after them. These success stories and the challenges of being a Black, and female, business owner were at the forefront of the Durban Business Fair duing the 2017 ESSENCE Festival in Durban, South Africa. 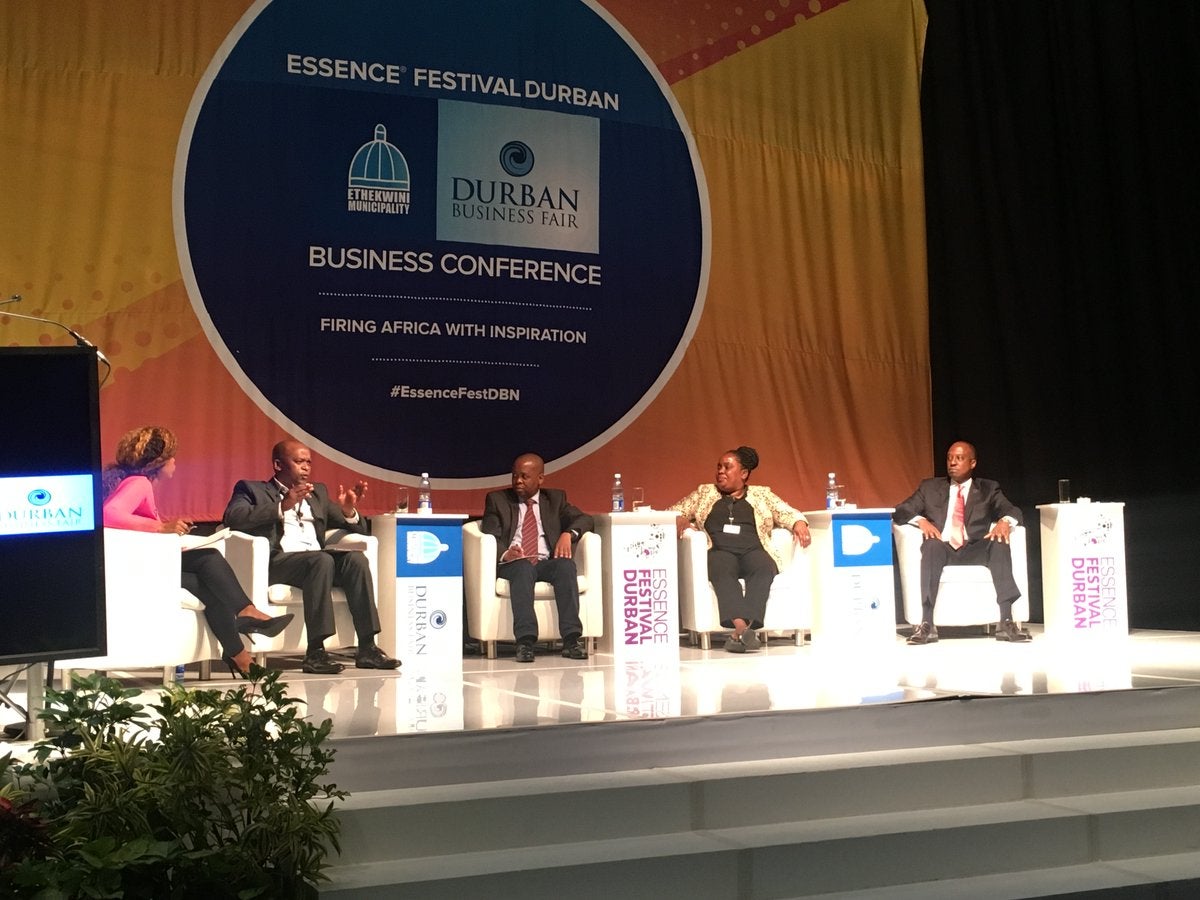 A running theme of the conference centered around the topic of how business owners and venture capitalists, as well as the government, offer moments of motivation both to each other and new entrants to the market. Panelists shared stories of their humble beginnings, trials and tribulations and general anecdotal offerings of how perseverance and hard work will always inevitably lead to abundant success.

Zeph Ndlovu, general manager of the Transnet Port Terminals governmental transport agency, spoke encouragingly about the role that his organization was playing in injecting an impressive R380 billion (about $28 billion) into a large-scale developmental infrastructure.

Ndlovu shared how in his 16-year tenure, Transnet has empowered previously disenfranchised communities with a further focus on female-owned businesses.

Vivian Reddy, a local businessman, shared how he had built an empire up from just R500 (approx. $35 dollars) in his pocket and a pickup truck. Reddy started a humble electrician service that has now morphed into Edison Power, South Africa’s largest Black-owned power company.

Overall, hearing the inspiring journeys of some of the continent’s most successful business moguls was a great start to the 2017 ESSENC Fest Durban weekend! For a look at the full list of Durban Busniess Fair speakers, visit the official website HERE.