It’s been nearly two decades since Kandi Burruss, Tameka “Tiny” Cottle, LaTocha Scott and Tamika Scott shared a stage, but gathered together in a photo studio on a cloudy Monday afternoon in Atlanta, they look as if they’ve never left the scene.

At one point, it seemed only an act of God would see fans’ wishes of an XSCAPE reunion come to fruition, but it was actually word of an outside party looking to profit off of their legacy that reignited the flame. “We caught wind that somebody was doing an unauthorized movie about us and we felt it was important for us to tell our own story, instead of somebody else telling it,” Kandi tells ESSENCE. “Tamika [Scott] and I hadn’t communicated in a long time but, when I was expressing to Tiny how I felt about our story not being told right, she relayed the message to everybody else and it turned out that we were all on the same page.”

While the ladies believe the lack of guidance in the midst of their growing pains as young women trying to navigate the music industry is what eventually caused the group to part ways, it was a long overdue conversation between Kandi and Tamika that ultimately led to them getting back on track.  “When we came into the business, we were learning, our parents were learning and….we were young,” Tamika says. “So, we had to figure out a lot through trial and error.” 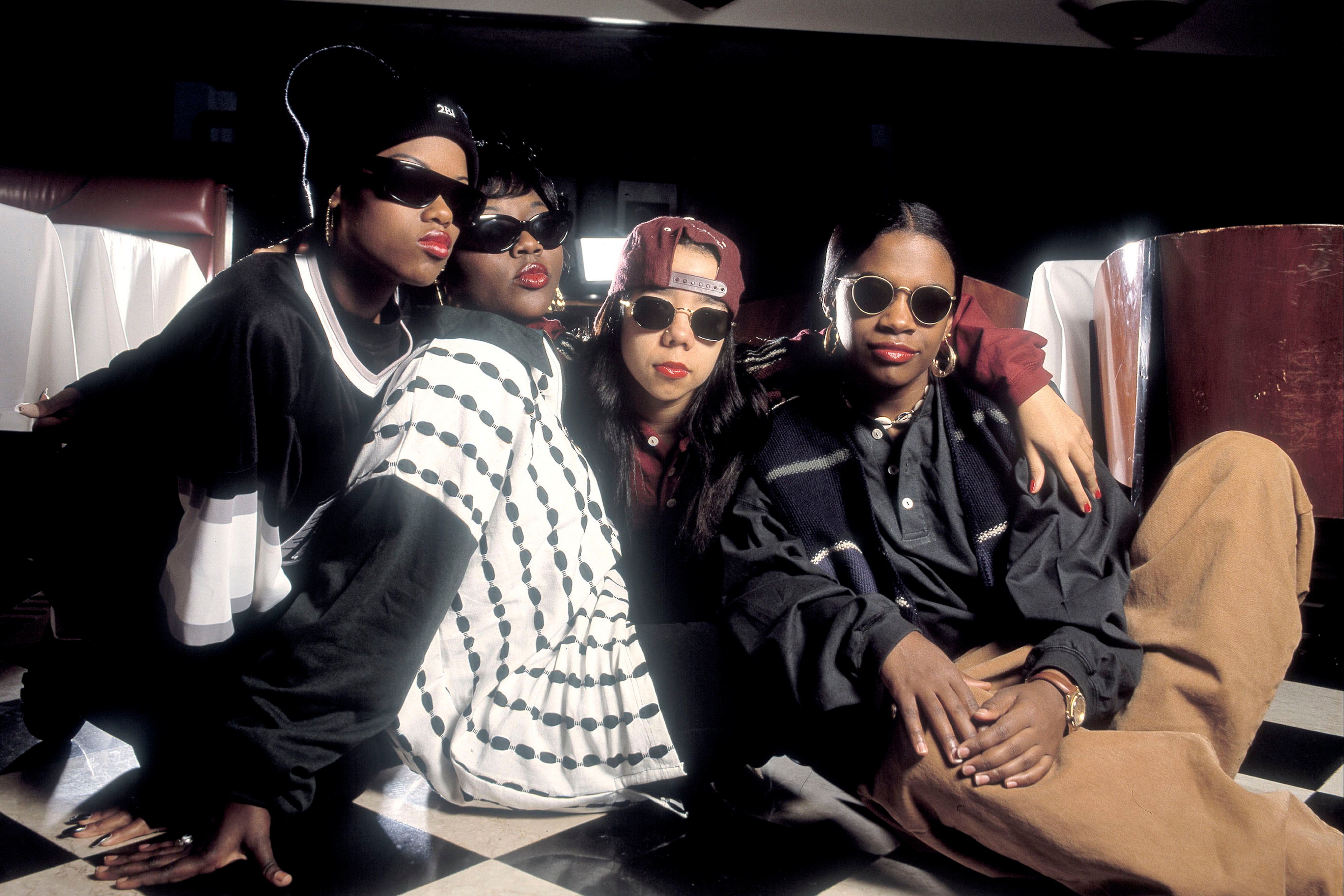 Kandi, Tiny, Tocha and Tameka bring the ultimate girl group reunion to the Festival stage, where they will deliver their first full performance as a group in over 15 years

“The issue between Kandi and I came after the group had already broken up so, it had nothing to do with the split. Once she and I got a chance to finally sit down as women to squash any beef that we had with one another, we realized continuing our legacy was bigger and more important than any problems we went through. As adults and as businesswomen, we just put everything to the side to pick up the pieces and said we were gonna do this, do it right, do it for ourselves and for our families.”

LaTocha adds that the lack of a strong female figure to guide the group also took its’ toll.

“We also didn’t have that unbiased person there to kind of come in and be that buffer and say, ‘you’re right’ or ‘you’re wrong’ but, let’s just fix it and because of that, we grew apart,” she says. “When you’re that age, sometimes you just don’t try to figure it out. You think it’s probably easier to just walk away. Now that we’re women, we know how to fix it. I think separation brings on appreciation a lot of times and now we’re just appreciating each other and what we each bring to the table. Of course you have ups and downs but, we got through those times. We want people to know that and not just think, ‘Oh, they broke up and that was the end of XSCAPE.'” 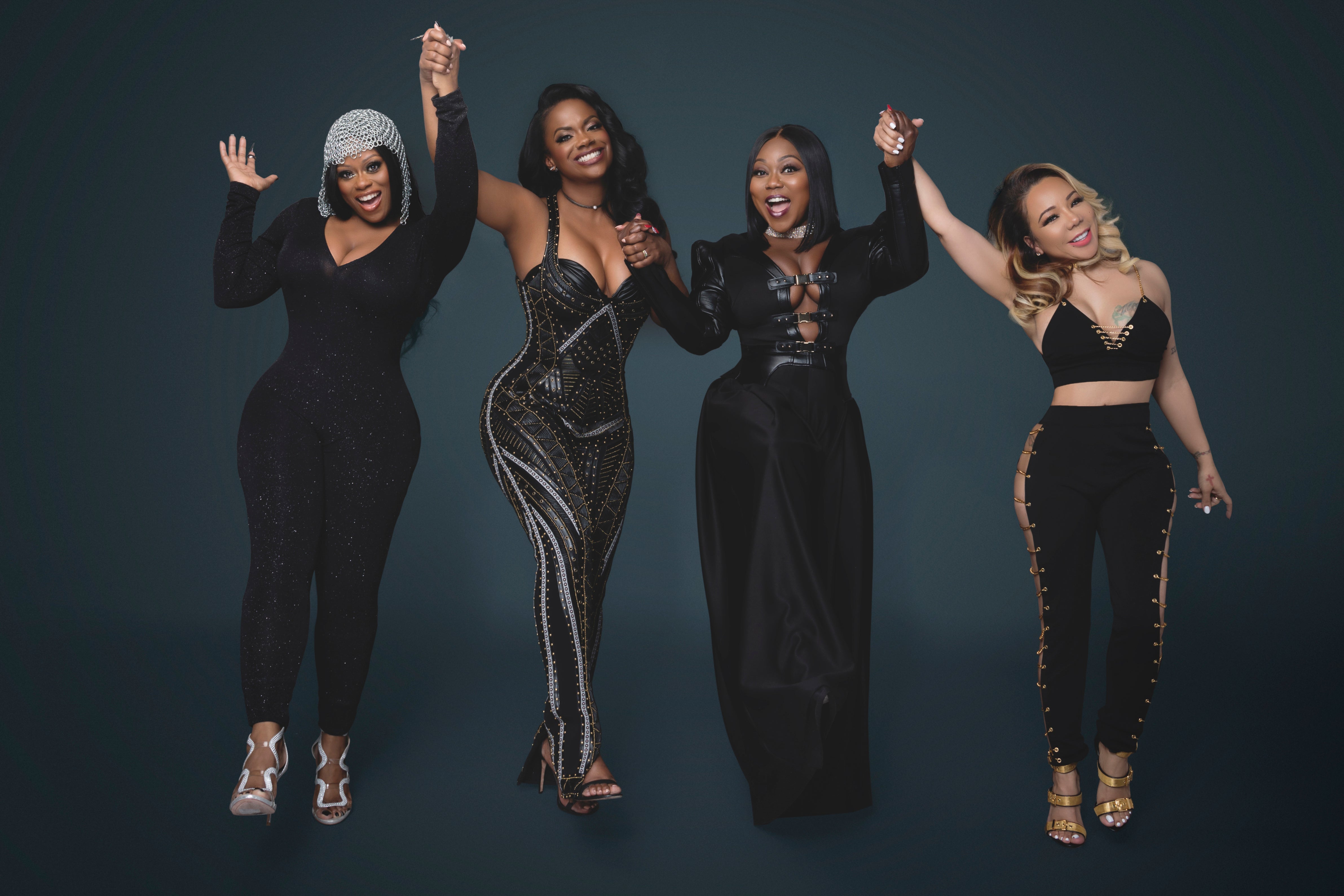 When the time came, Tiny was happy to step in to help mend what was broken between her two group members. “Tamika, Tocha and I were talking about the good ole’ days and what we thought would make it work,” Tiny says. “From there, I got them together at the radio station so we could start discussing our movie but, it ended up turning into something much bigger.”

Like many artists who made a lasting impact on music in the golden era of R&B, XSCAPE has seen their influence manifested in music from some of today’s most talented artists.

“We loved what June’s Diary did with the “Tonight” cover and also Wale, what he did with sampling “I Will,” LaTocha says. “It feels good to hear the younger generation say, ‘My mom listens to you guys, I know all of your songs!’ It feels like our generation of fans kind of prepared this generation for this moment.”

As you might imagine, getting one of the most successful girl groups in R&B back into the swing of things requires the right person at the helm. When Kandi brought music industry veteran and reality TV mastermind Mona-Scott Young to the table, the ladies were intrigued — and impressed. “Well, first, you know we’re all about girl power,” LaTocha continues. “Mona came into the picture for the biopic and a few other things and we just saw her movement and everything she’s doing with VH1 and we were like, ‘wow, she’s doing big things.’ We were actually introduced to her through Kandi and then form there, we figured we would just see where it goes and so far, everything has been pretty good. You know, sometimes you grab what you were longing for and we definitely didn’t have a female of strength working with us in the past but, now we do.”

A long way from the chart-topping R&B girl group who dominated the 90s music scene, the ladies credit their families’ support with providing the gateway for them to get back to doing what they love. “I think all of us have a really strong support system,” LaTocha says. “Our kids are very much aware of what’s going on and they’re championing all the things that we’re doing, so, that makes it a lot easier. I think everybody is just on their grind.”

This July, the grind will lead the group to the 2017 ESSENCE Festival stage, where they’ll perform together for the first time since reuniting. “To me, ESSENCE Festival is iconic,” Kandi adds. “When you think of it, you think of all the great acts and thousands of people coming into town to enjoy all of these artists that they love. So, I feel like it’s the perfect place for us to be able to reach fans from all over.”

Announced earlier this year, the XSCAPE docuseries in the works with Mona’s Monami Entertainment company will give fans a behind-the-scenes look at just how hard the ladies have been working to make their comeback unforgettable.

“The docuseries is going to show us coming back together to make history again,” Tamika says. “You’ll get to see the process of us getting back in the lab and learning each other all over again as adults. Even though we’ve been friends since we were teenagers, we’re all grown now so, it’s about learning each other’s habits and ways of thinking today. Plus, figuring out the music and choreography.”

Although both Kandi and Tiny have maintained a steady presence in the public eye by way of reality television over the last decade, the docuseries will allow for viewers to get to know the group in its’ entirety.

“My sister [Tamika] has a big personality and a big voice, which I don’t think people really know,” Tocha adds. “I’m very reserved but can be comical at times. Kandi is so laid back but, she’s also just straight….no chaser. She’s gonna tell you how it is. Tiny is like a firecracker. She likes to have fun but, she can go from having fun to putting on her ‘mommy’ hat whenever she needs to. It’s been a long time so, just the evolution of XSCAPE is what people will see with the docuseries.”

With the biopic, the ladies are looking forward to telling their whole truth about some of things they went through as young girls who were new to the entertainment industry.

“There were a lot of things we had to experience as young girls in this industry that, at the time, it wasn’t ‘cute’ or ‘acceptable’ to talk about,” Tamika says. “So, now we feel like we can just tell our story because we feel like it may help somebody else who might be going through the same things that we did. We all have different stories and we want to let people know the real story that was hidden.”

So does this reunion also mean new music is on the horizon? Yes indeed.

“Next year will be 25 years since we released our first number one single, “Just Kickin’ It,” Tamika says. “So, we’re doing our biopic and within the biopic, we’ll be doing original music. Not a whole album but, you’ll be able to get some new songs.” 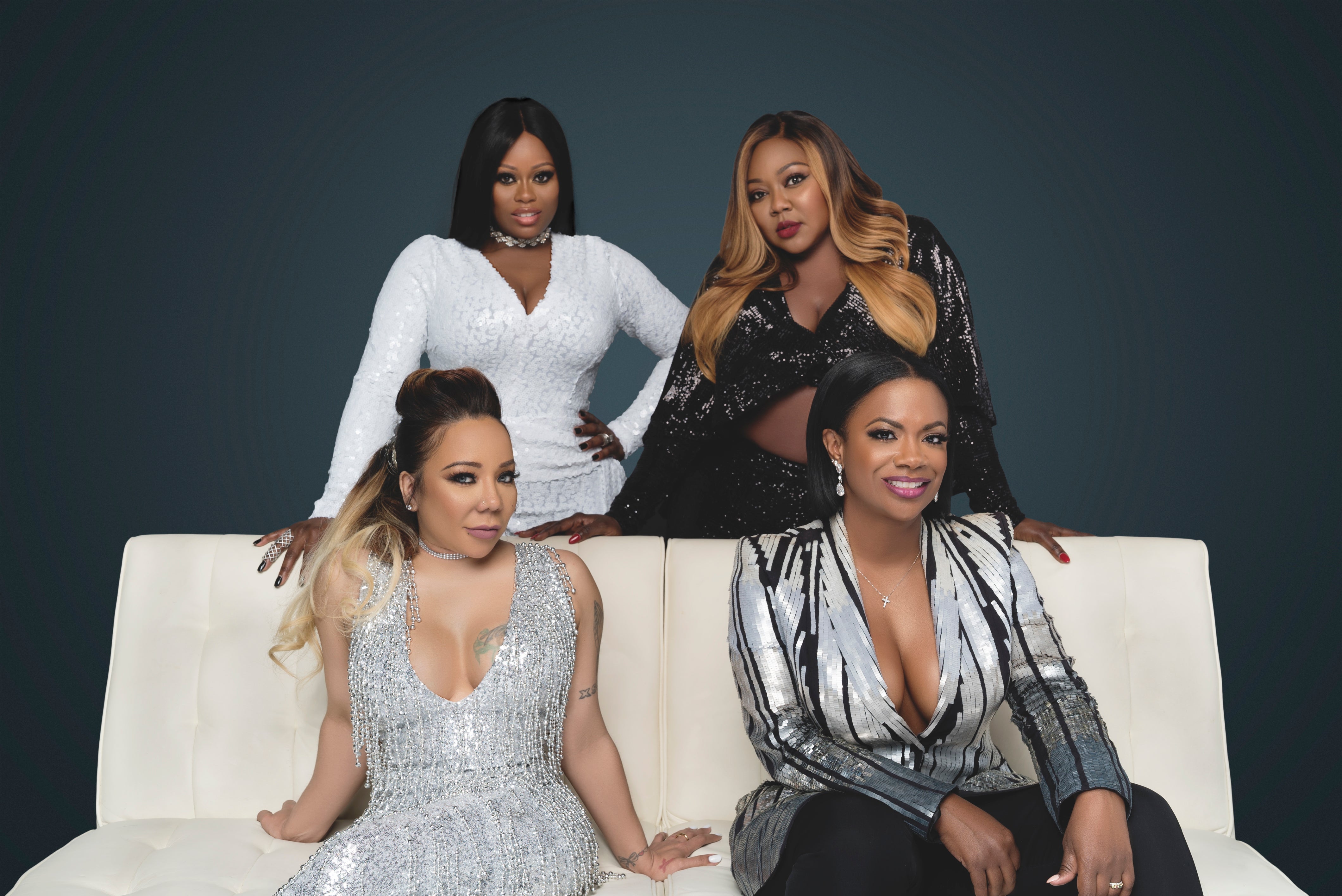 Above all else, XSCAPE is excited for what’s ahead and ready to add to their legacy as a platinum-selling group who reigned supreme during one of music’s most iconic eras. “We’re some real bosses and just women hustling,” Tiny adds. “We’ve been out of the picture but, we’ve never missed a beat and now we’re just back to give y’all a little bit more of what we gave you in the 90s.”

Be sure to grab your tickets to see XSCAPE light up the stage, alongside more of the biggest names in music, at the 2017 ESSENCE Festival in New Orleans this July!