The tears were flowing and the hearts were full as Mary J. Blige hosted a private “Strength of a Woman” brunch at the Roosevelt Hotel during the 2017 ESSENCE Festival weekend in New Orleans.

Together with Planned Parenthood, the reigning Queen of Hip Hop/Soul gathered a handful of other influential Black women in entertainment, business and politics for an afternoon of sisterhood, fellowship, and affirmation of the progress being made in the fight for women’s rights. 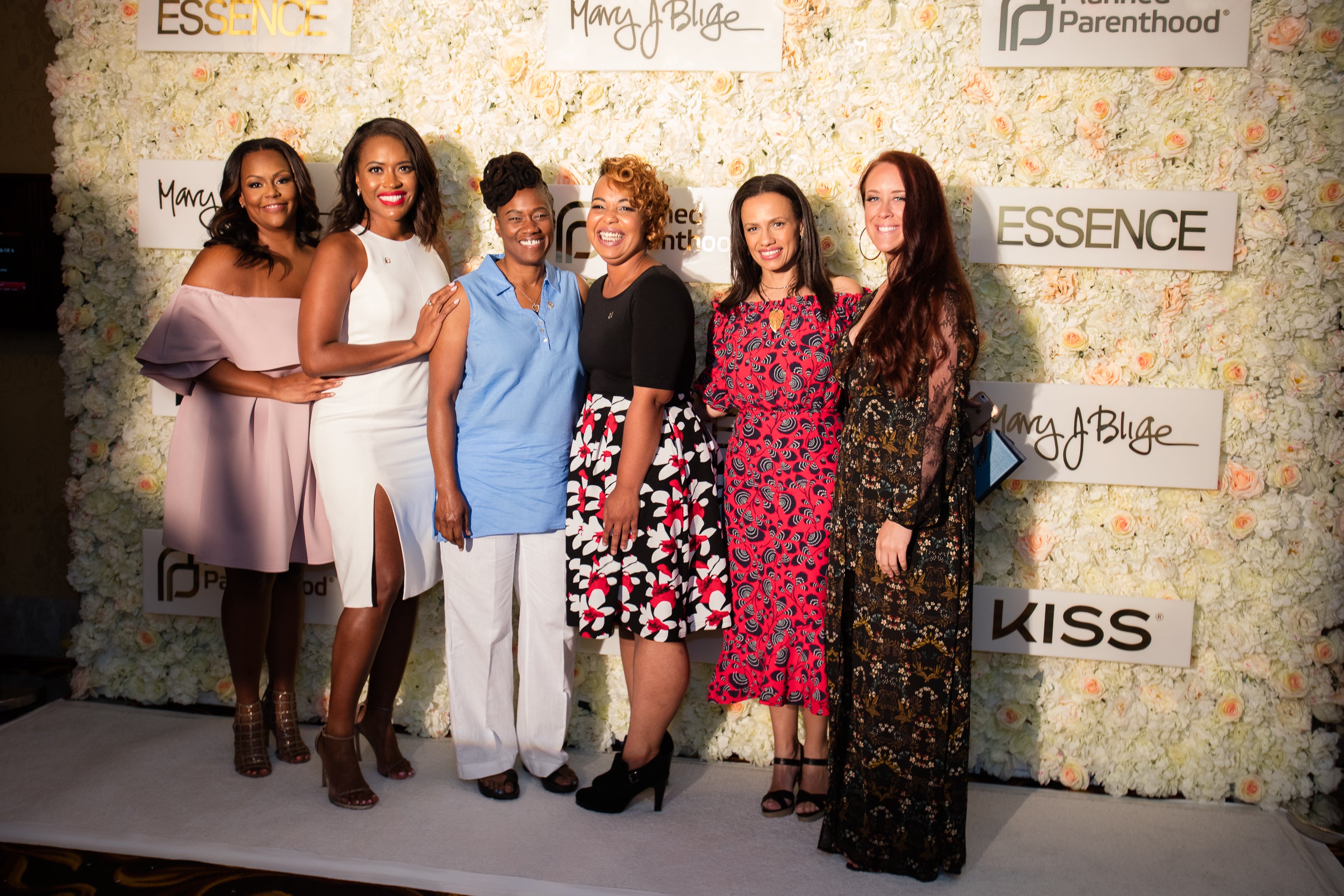 With the entire room still on a high from the previous night’s indescribably electrifying performance, Mary humbly took to the ballroom podium to welcome guests — which also included her two sisters — with a few honest words about how thankful she is for the women who have helped her through some of the toughest times in her life. 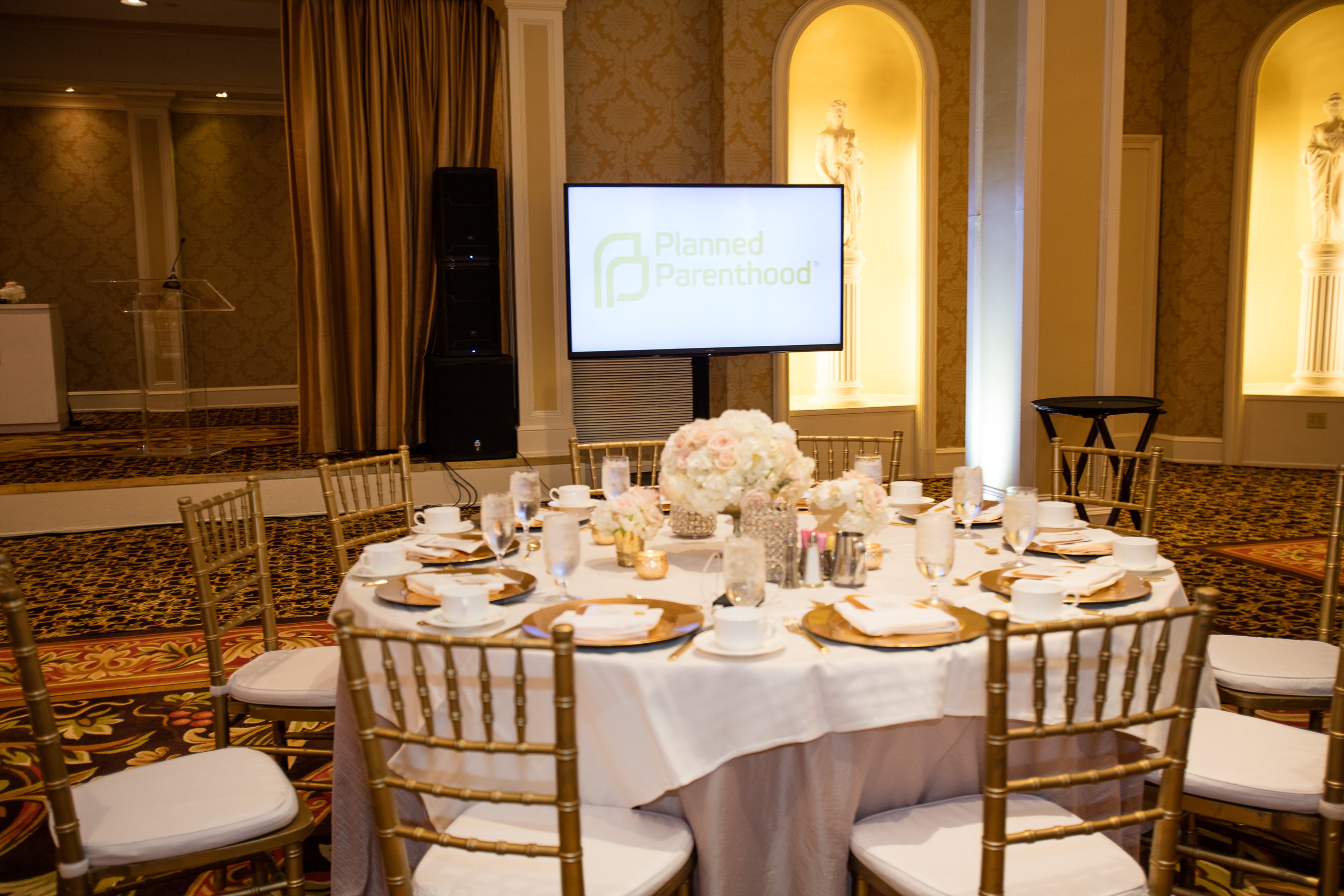 “I want to thank every woman in here for helping me curate last night’s show. Last night was full of every woman that ever touched my life,” Mary told the intimate crowd. “Chaka Khan said something to me years ago when I first met her at the Grammys and I don’t even think she knows what she did for my life. She said, ‘You need to get out of your own way.’ And now I’m out of my own way. So, thank you Chaka Khan. Jazmine Sullivan helped me weather this storm with her pen. She and I actually wrote a lot of the songs on this album together. “Set Me Free,” “Glow Up,” you know, the songs that help you get through. Having conversations with this woman and getting on the phone with her, listening to her say, “I’m ready to fight,” it’s just nice to have sisters in this fight that we’re in. So whatever, you’re dealing with, just know I’m with you.” 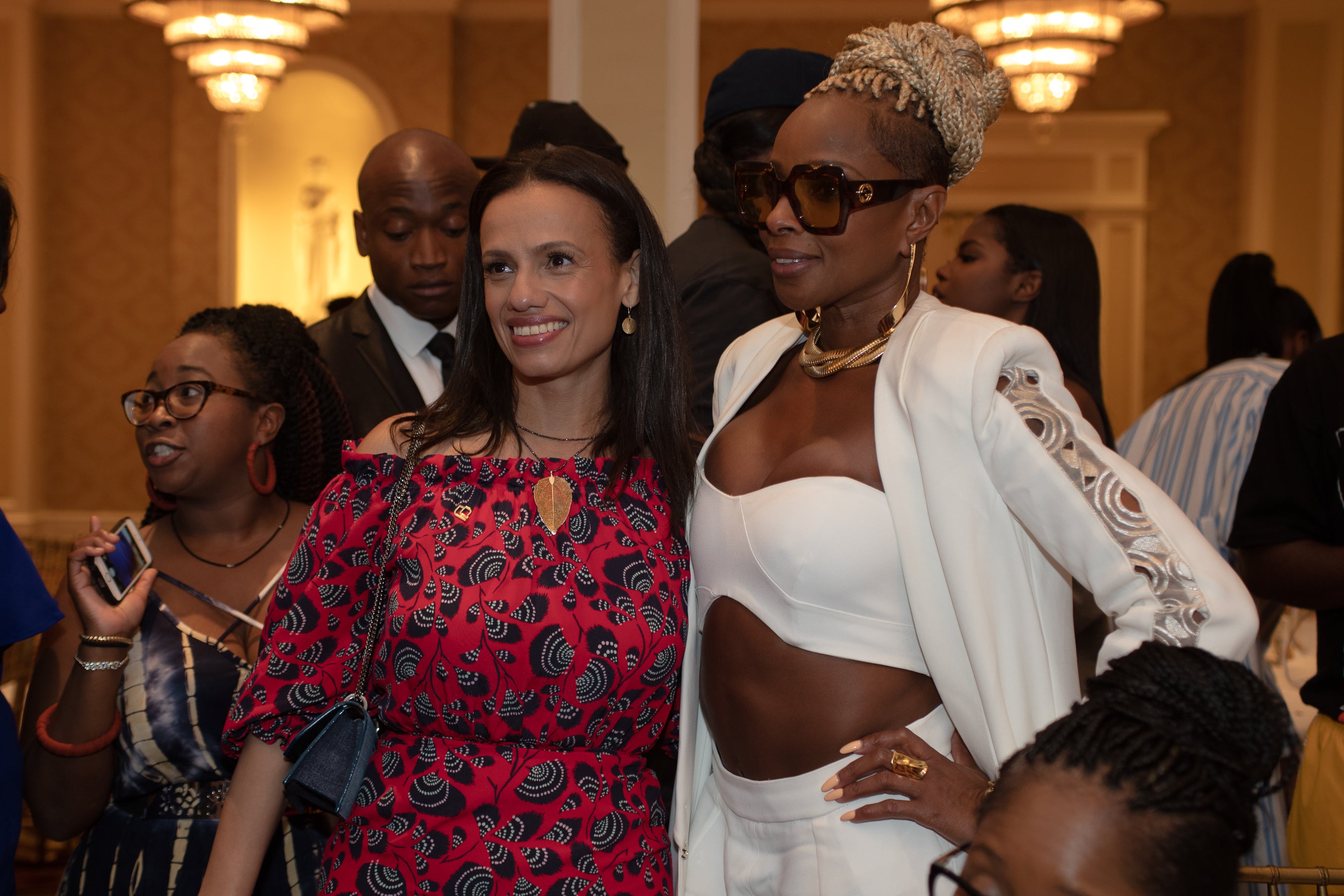 “ESSENCE, I’m so honored and so thankful that you gave me the opportunity to curate this show last night. ESSENCE has given me so much strength through the years. Every time you called on me, it was a time when I felt like giving up. So, thank you for so many years of inspiration. Thank you to all the strong women out there.” 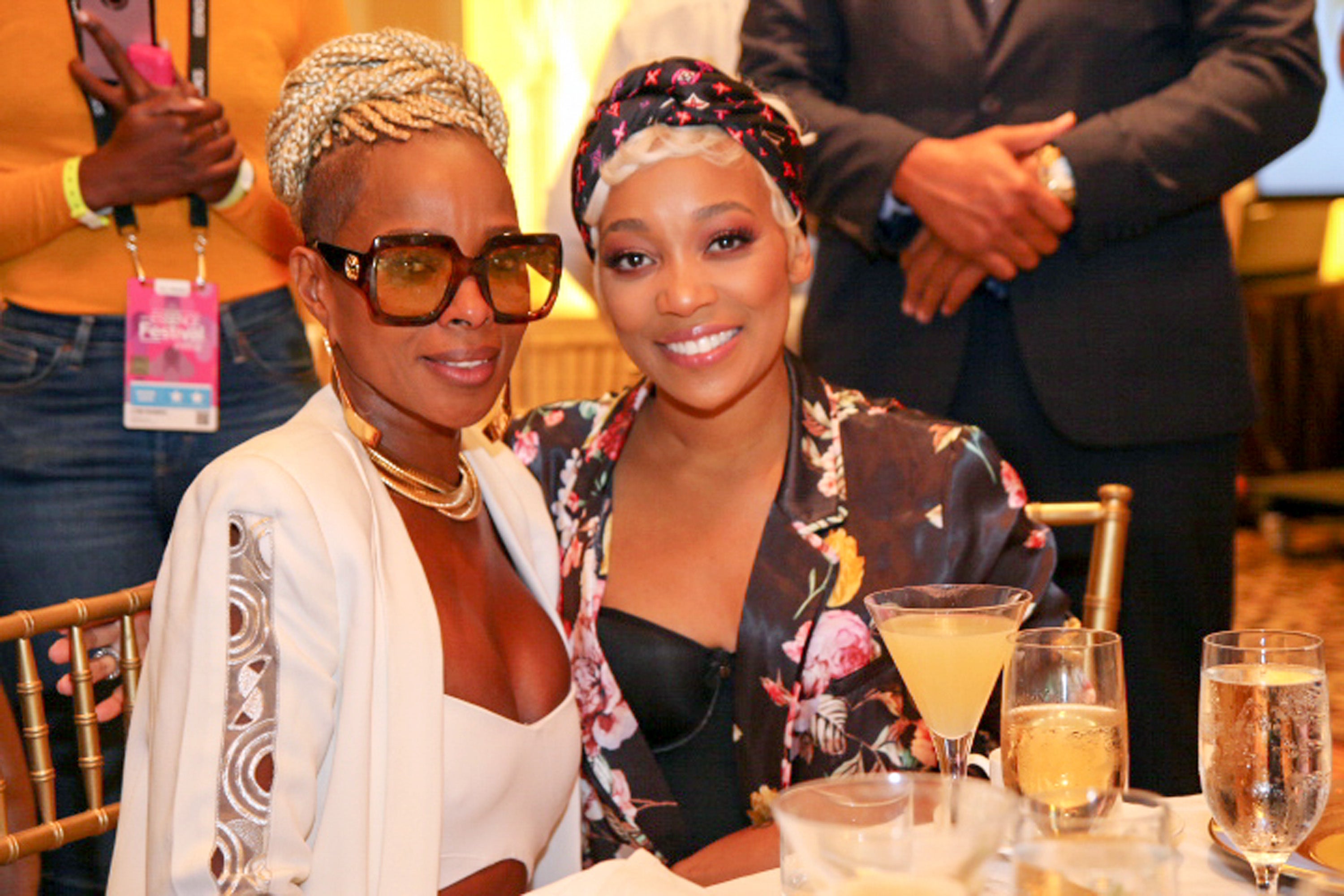 “Thank you Latifah and Jada, Monica, Niecy, Jazmine, Jill, Chaka Khan and thank you to Planned Parenthood for continuing to give our women the best care that they could ask for. And to kicks USA for keeping us women looking and feeling great. All of you women are an inspiration.”

Midway through the brunch, ESSENCE Editor-in-Chief, Vanessa K. DeLuca, took a moment to reflect on Mary’s iconic career and history with the ESSENCE brand, noting that she’s appeared on a total of 10 magazine covers and performed at 14 Festivals to date.

“For countless women, Mary J. Blige is more than just a singer; she is an icon,” Vanessa said. “She’s someone we’ve watched evolve and grow for over 2 decades and whose journey and sound has inspired us every step of the way. She embodies the spirit and strength of Black womanhood. She is the essence of us. In 1992, a young, beautiful and unapologetically Hip Hop Mary J. Blige stomped on the scene in her combat boots, door-knocker earrings and golden curls. Mary was a refreshing dose of reality in a sea of sequins and ball gowns. Her style electrified young women, redefining femininity and inspiring them to be their authentically fierce selves. But it was her music and all of the sadness and hope that it encompassed that spoke to women so strongly. Mary filled stadiums with her uniquely soulful voice and she landed on the cover of ESSENCE 10 times and counting. You don’t just represent the strength of a woman, you represent the soul of a woman. Thank you, Mary.” 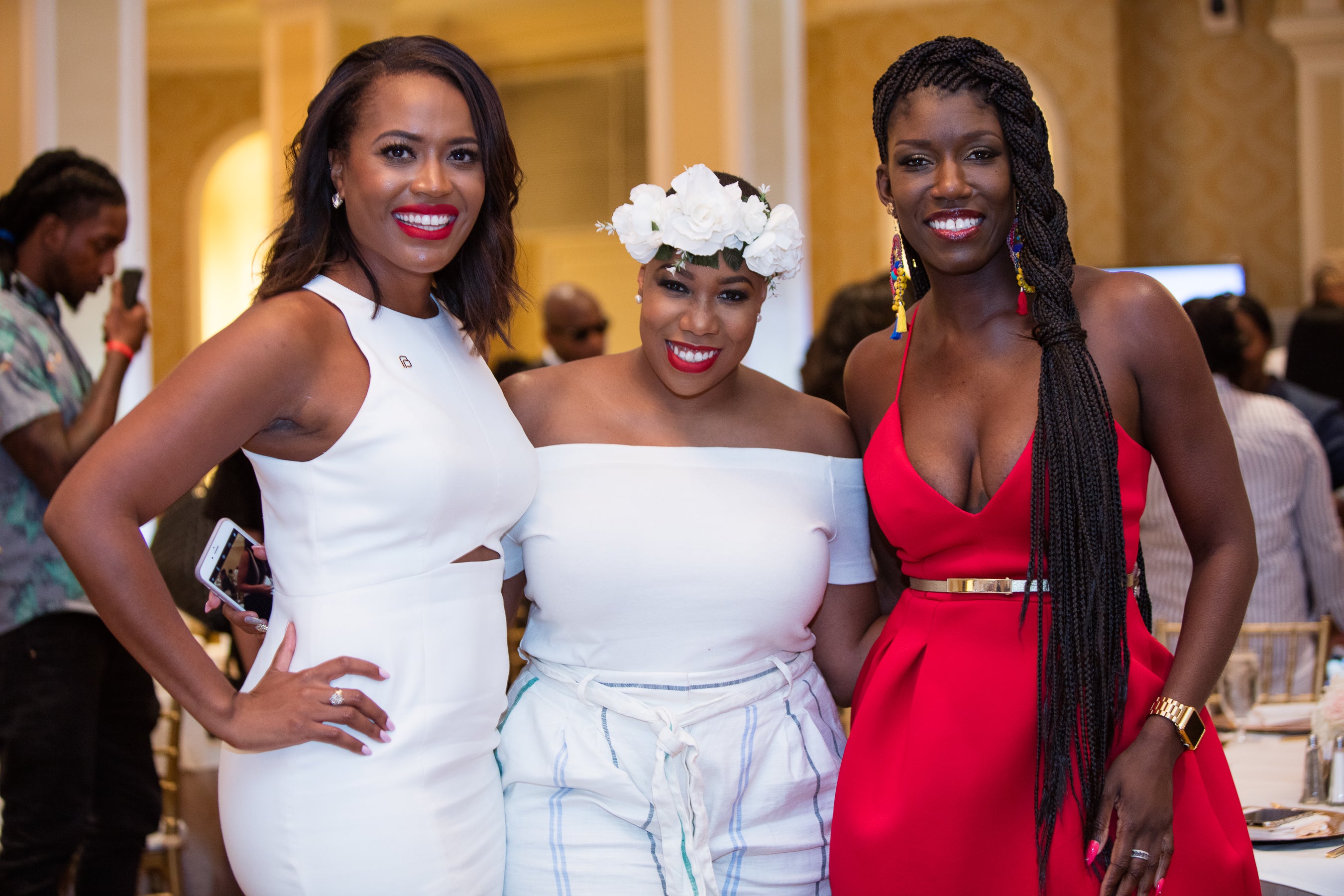 While there were several moments that had everyone in attendance overwhelmed with emotion during the brunch, it was the presentation of the ESSENCE Icon Award from ESSENCE President, Michelle Ebanks, that moved Mary to tears. After briefly noting some of Mary’s many philanthropic efforts over the years, including the opening of the Mary J. Blige Center For Women and her consistent involvement with raising funds for HIV/AIDS research.

“It’s not just Mary’s artistry that touches us, she also really speaks up for women and champions their rights, including our right to make our own reproductive choices. She doesn’t just talk the talk, she walks the walk.” Living up to the creed, to whom much is given, much is required. Mary, your legacy of making beautiful music and using your talents to help others has inspired us all. At ESSENCE Festival last night, our General Manager Joy Profet said there were 45,000 people in the Superdome who were there to support you and your curation of our great Black women and their artistry. We want to acknowledge you today; we are so proud of you. All those covers, all those performances, we honor you today and treasure you. So, we have one award that’s been planned and we have one other.”

As Mary stepped up to receive the Icon Award, which was presented along with a beautiful necklace described by Michelle as a “symbol of endurance and strength and that which can never be destroyed,” she was overwhelmed emotion. 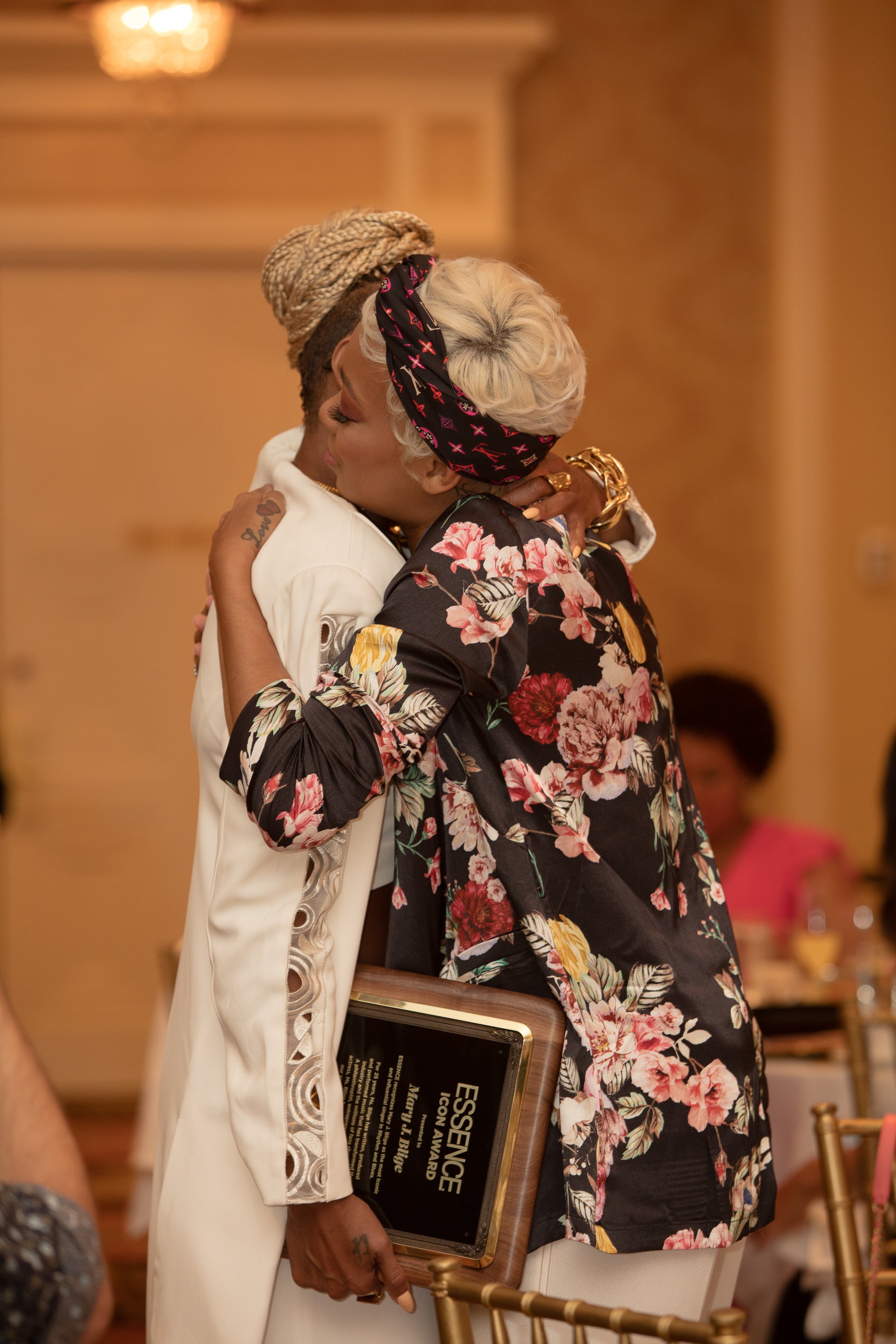 “Thank you because sometimes, I feel like I can be destroyed but, I know God,” Mary said. “And when I say God, I’m talking about the God that I have a real relationship with and the God that I know has carried me through everything. The God that uses people like ESSENCE and Michelle to encourage me and uplift me. I want to thank everyone in here that God has used to help push me along. My mom was a beautiful, strong woman. She chose a lot of great things for me but, I chose not to listen. I chose the wrong path, I chose to do drugs, I chose to be rebellious, I chose not to finish high school. I thank her right now for being that woman that, although I didn’t want to listen, I was always watching her do the right thing.” 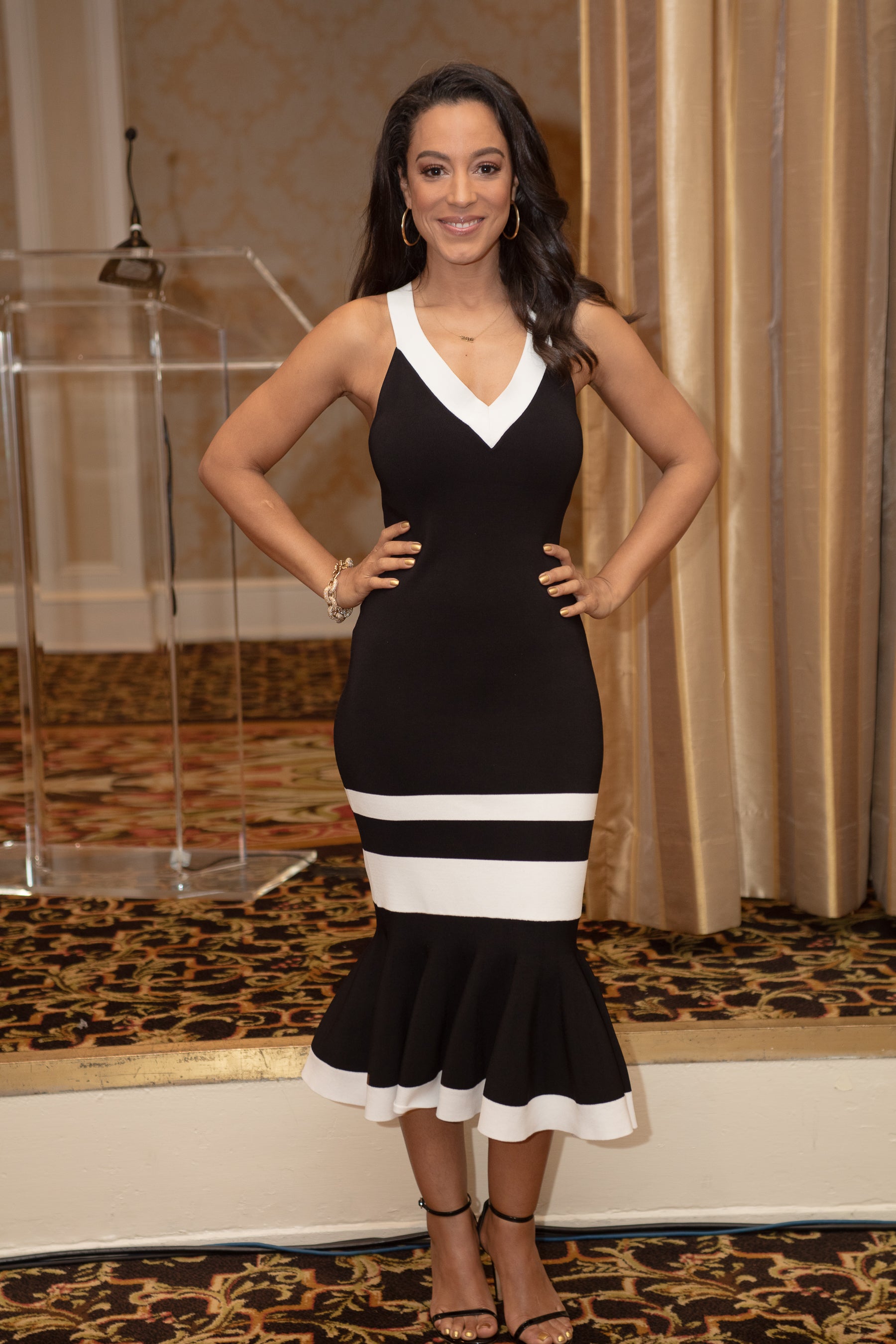 CNN political analyst Angela Rye took to the podium last, with her powerful take on Sojourner Truth’s legendary “Aint I A Woman?” speech. Angela’s version of the infamous speech highlighted the plight of modern-day women with public platforms who stand strong in the face of adversity. Needless to say, the “Strength of a Woman” brunch proved the perfect finale for what was undoubtedly one of the most memorable weekends in ESSENCE Festival history. 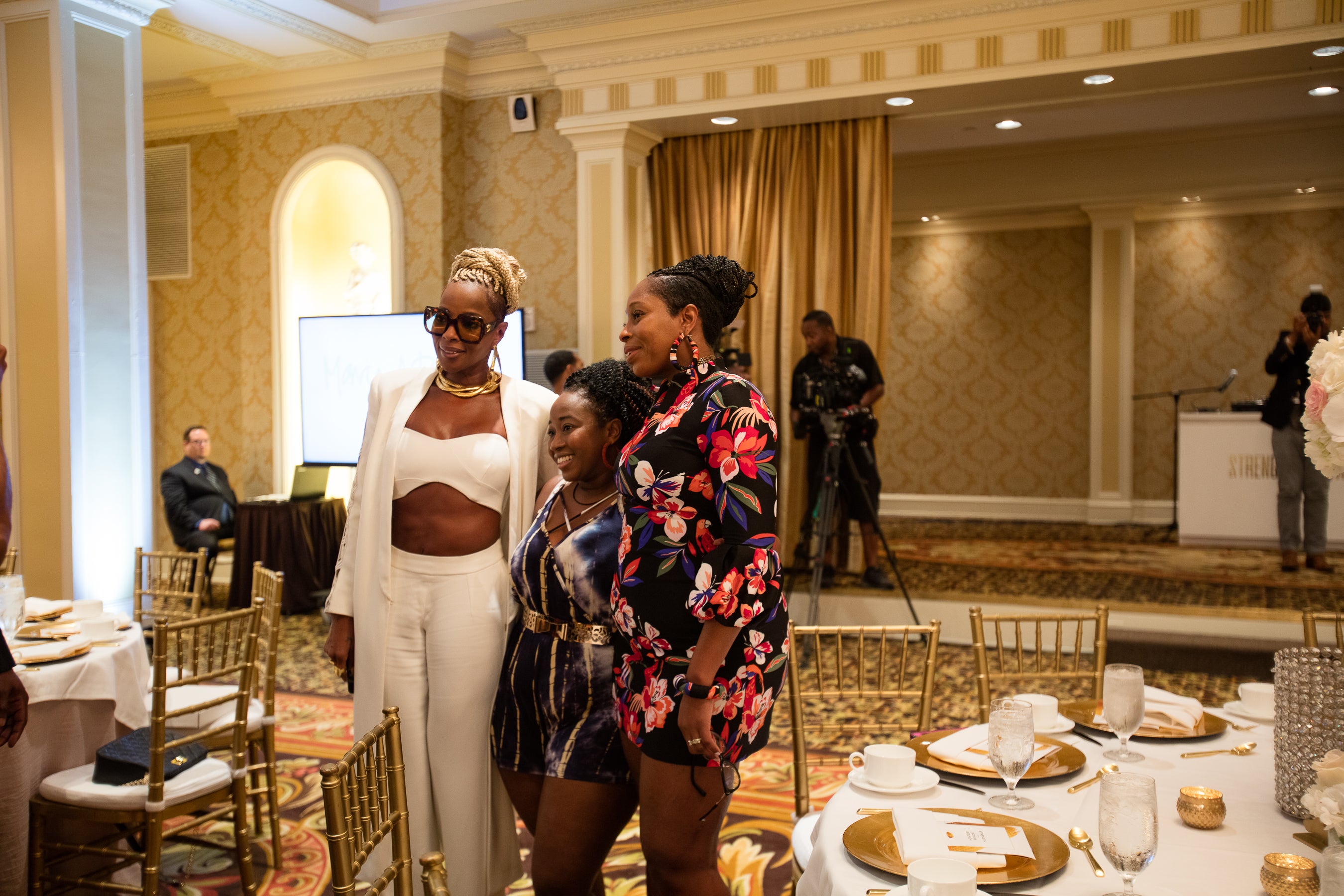 Marvin Sapp On Leaving A Legacy And His Upcoming Biopic ‘N...