By Joyce Philippe · Updated October 26, 2020
Using your creative talents as a form of expression can make for quite the rewarding and inspirational outlet. For New Orleans visual artist and filmmaker Brandan “BMike” Odums, creating meaningful artwork that reflects the ongoing fight for justice in the Black community is his own unique form of social activism. In addition to being heavily supported by his hometown community, BMike’s “Studio Be” warehouse has also been frequented by notable public figures including the cast of OWN TV’s Queen Sugar, Trayvon Martin’s mother Sybrina Fulton and rapper/speaker Dee-1. We stopped by BMike’s booth at the 2017 ESSENCE Festival to check out some of his most recent work and hear directly from the man behind the masterpieces. 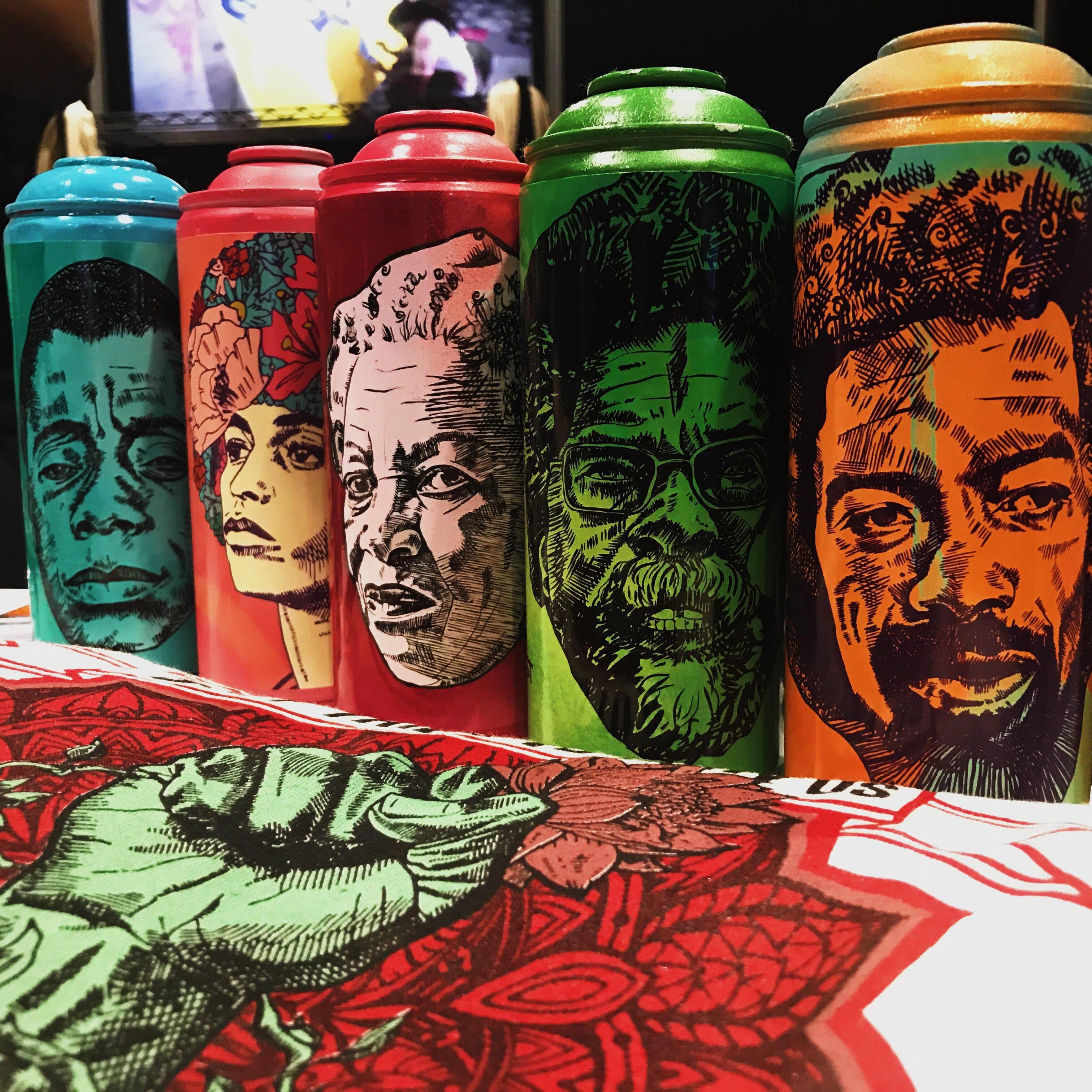 Speaking on how the theme of his artwork intertwines with this year’s Woke Wonderland theme at Essence Fest, BMike described the connection as one rooted in bringing about understanding of the importance of representation. “My work is all about the idea of being conscious of the effect that we have as a people,” he told ESSENCE. “Being woke is an understanding that the status quo doesn’t represent everyone and things need to change.” 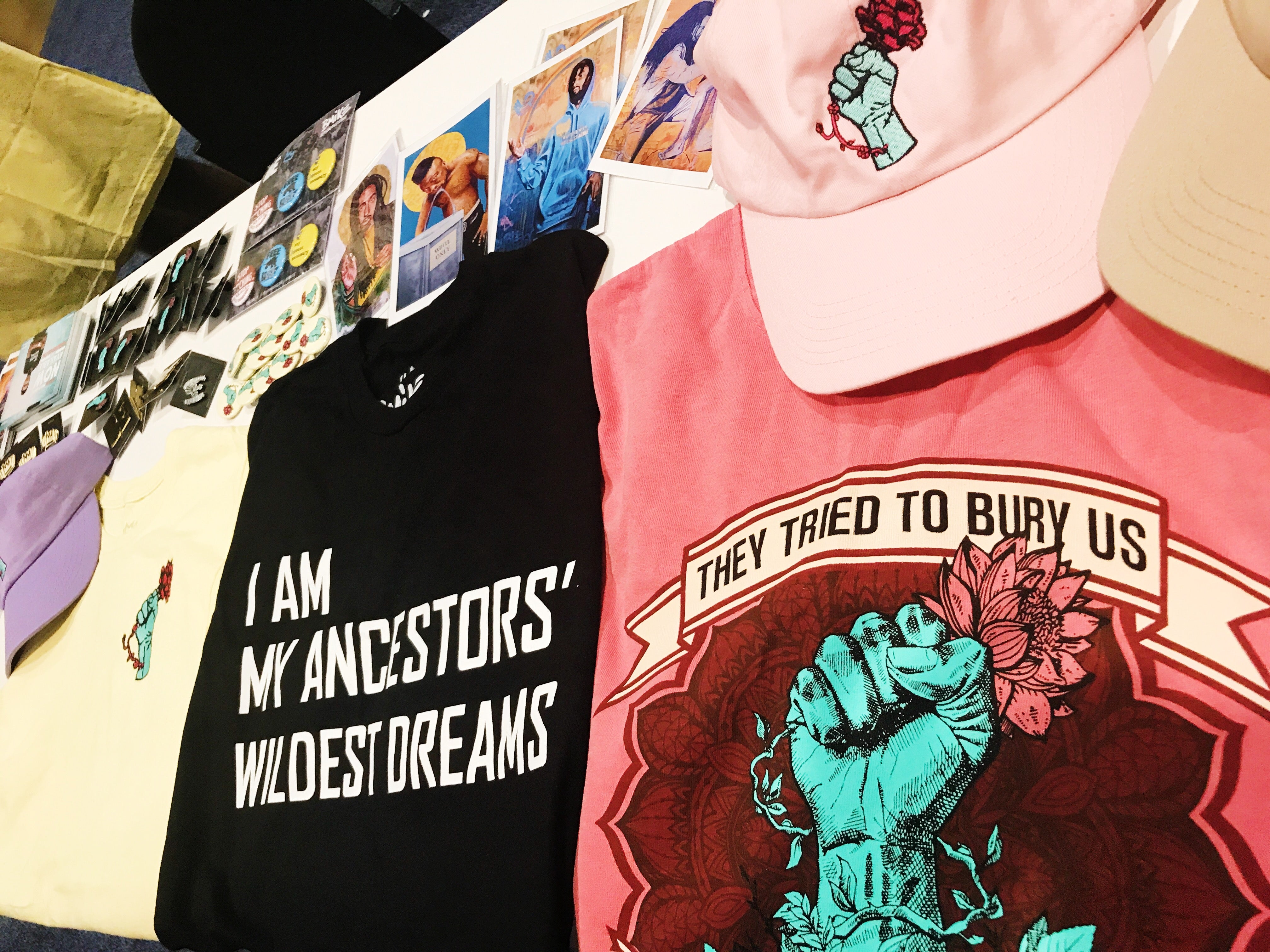 Like many creatives, BMike is passionate about using his work to speak truth to power and leave his mark on the world. “With a paint brush or with a paint can, I try to use my voice to speak to how things can be better,” he adds. “It’s what I love to do, it’s my contribution to the world.” Asked what he believes are his most powerful pieces to date, the artist and filmmaker cites his work that exists in highly populated, public spaces where it can reach the masses. 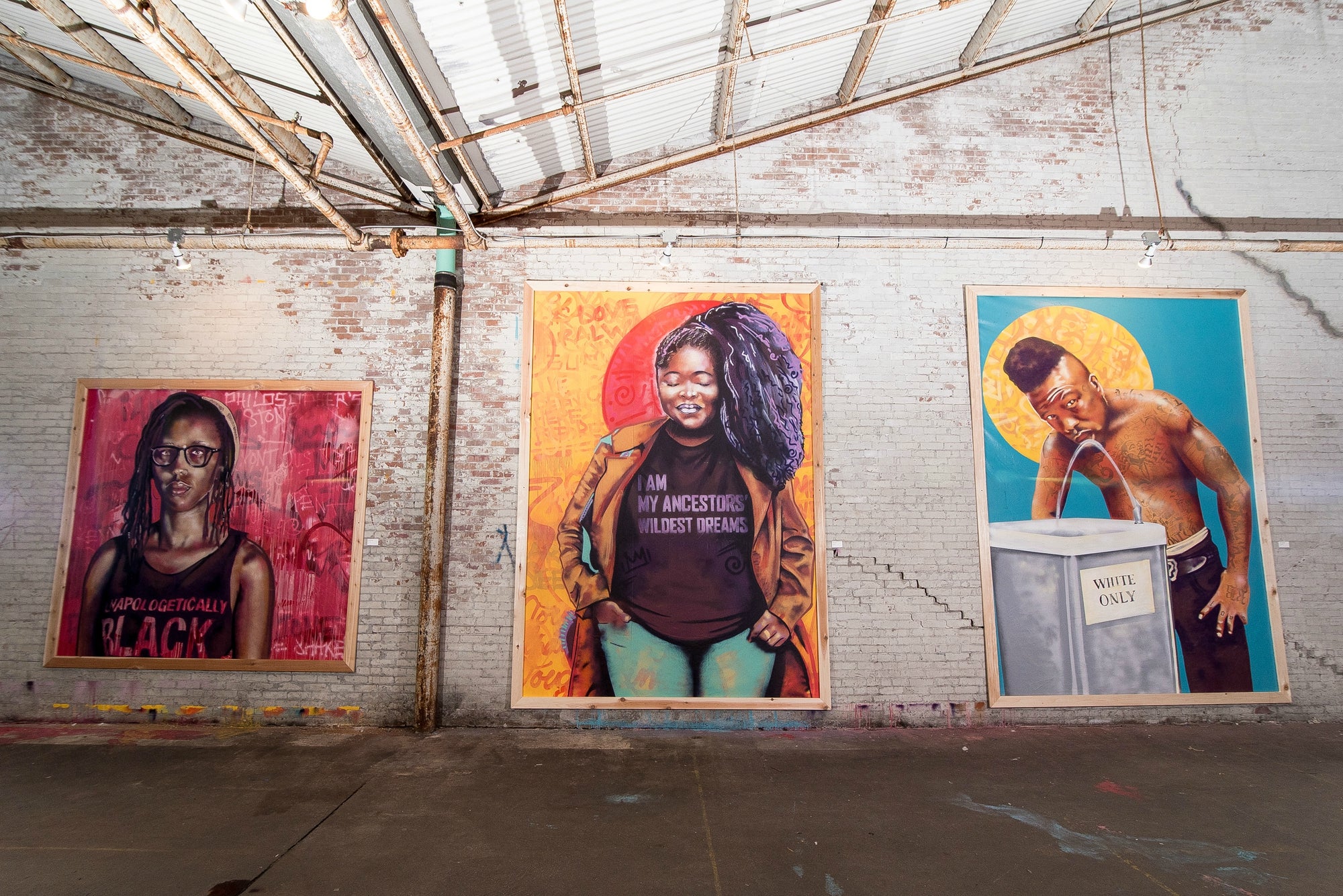 “Being that my work is mostly outdoors, my most powerful pieces are those that exist in the public space, those that reach people where they are.” For more information on BMike’s work and how you can visit his Studio Be warehouse to get up close and personal with his breathtaking interpretation of Black culture thought art, click HERE.