ESSENCE Fest is about more than the music, speakers and even the crowd—It’s about uplifting the community of New Orleans, Louisiana.  One of the ways we ensure the residents of the historic city are involved every year is by featuring the most talented entrepreneurs on the festival grounds.

As thousands of eager ESSENCE Fest attendees enjoy the Holiday weekend extravaganza, various local businesses are given the opportunity to have face to face access with a whole new demographic of potential customers.  Every year, as the festival grows, the vendors get bigger and better.

This year, we wanted to feature a few of our veterans so you can get familiar with them before you head down to NOLA this summer.

Here are a few of our most treasured ESSENCE Fest Vendors: 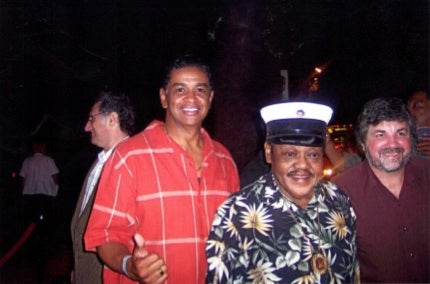 Lamar’s Famous Creole Style Wings has been a vendor at #EssenceFest for 18 years and as such is one of the oldest vendors with the festival. He serves his famous creole wings with his special sauce throughout the city at multiple events and his most famous customer was Fats Domino. His goal is to franchise his company with his son, Lamar Smith III. 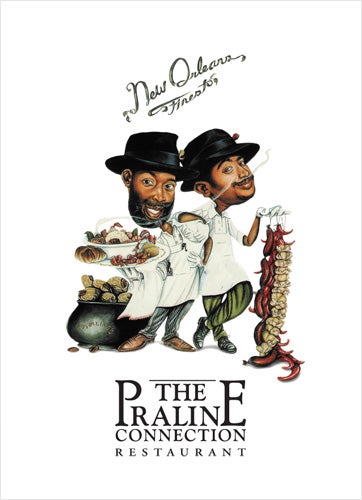 The Praline Connection will be featured at ESSENCE Fest 2015.

The Praline Connection has been cooking up New Orleans “Soul Food” since 1990. Visitors both at home and abroad rave over the “Down Home Cooking”.  This restaurant has been a part of the Essence Festival since the beginning. Festival goers line up year after year in the Convention Center for their savory fried chicken, smothered shrimp & okra, vegetarian crowder peas and okra, as well as their greens. 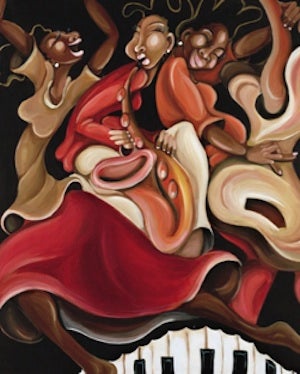 Art By Sharika will be featured at ESSENCE Fest 2015.

“Art is like meditation where my thoughts are clear and time and space become invisible. Often, I’m inclined to create the illusion of movement and fluidity with my paint strokes. I love experimenting with vibrant colors much like my personality and how I see the world – always full of life and movement. I seek to inspire and bring positive feelings with every piece.” Sharika Mahdi, New Orleans Native, is known for her “happy” style of figurative art. She currently creates in New Orleans as a professional artist and talented arts teacher. 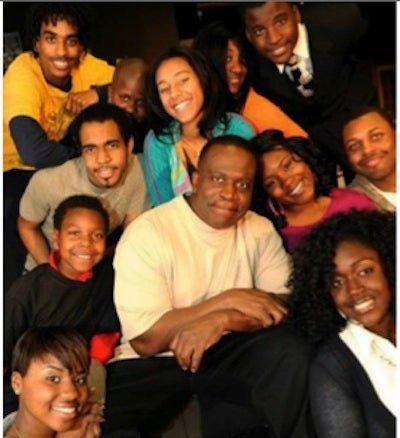 This year the Anthony Bean Community Theater and Acting School celebrates 15 years of excellence in the performing arts. This is also their 12th year as an official Shops at Essence community outreach exhibitor.

The Anthony Bean Community Theater (ABCT) was established in Spring 2000 as a 501(c)(3) organization to meet the growing demands of New Orleans area residents seeking a quality, culturally diverse, performing arts venue. The theater also meets the needs of individuals seeking to learn the art of acting, set design and theatre management.

In recent years, ABCT has become a vehicle to enter New Orleans’ booming film industry. The goal of the ABCT Acting School is to provide an intense, high quality learning and performing opportunity in an atmosphere where young people are encouraged to set goals, take risks and view mistakes as an avenue for learning. ABCT opens students up to the greatness that lies within them and creates awareness that the arts are a constructive vehicle of personal expression.

ABCT is unique in that it is not only a major theater production company, but a year-round, open enrollment acting school serving both adults and children with an eclectic group of courses designed to meet the basic needs of individuals seeking careers in stage and screen acting, set design and theatre management.

Don’t miss these amazing vendors and many more at this year’s #EssenceFest! Stay tuned for more vendor spotlights.