The 2014 ESSENCE Festival will kick off with its newly announced Thursday evening ‘Now Playing’ concert featuring legendary hip-hop artist, Nas. Trey Songz, Jazmine Sullivan and K. Michelle are also set to light up the ESSENCE ‘Now Playing’ stage. Stay tuned for more acts to be announced in the coming weeks.

On April 19th, Nas celebrated 20 years since his iconic debut album Illmatic was released, and on July 3 we’ll continue the celebration at our 20th anniversary ESSENCE Fest. The concert will take place Thursday, July 3 in New Orleans. 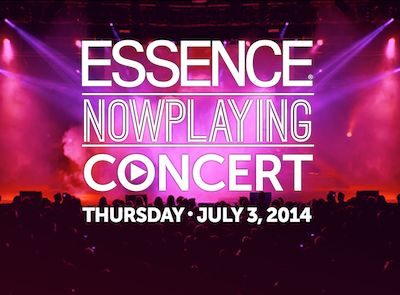 Are you ready for this incredible lead-in to Festival weekend? This show is not-to-be-missed! Purchase your tickets here and join the conversation @essencefest #essencefest and visit us on facebook.com/essencefest.