We celebrate all kinds of music at the ESSENCE Festival, and since it takes place in New Orleans, we always make sure brass bands come out and represent.

Brass bands not your cup of tea? Don’t knock it until you try it. Not only do they bring musical prowess to the stage, they also infuse that undeniable New Orleans sound into their music. It’s always a party when the brass bands show up. Here are some of the very best to join us at ESSENCE Fest. 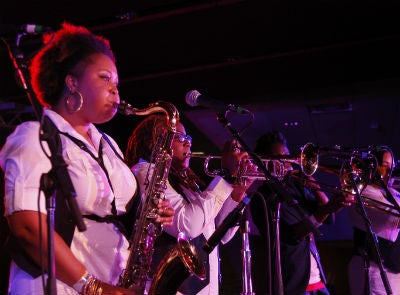 1-First up, The Original Pinettes Brass Band (pictured above). This unique band first performed at the ESSENCE Festival in 2012. As the world’s only all-female brass band, these ladies realized early on they had to be just as good — if not better — than their male counterparts. In 2013, the band competed against three others in the Red Bull Street Kings competition, and walked away with the title!

2-The Preservation Jazz Band Gospel has been performing since the 1950s and recorded the group’s first album of original music in 2013, a project titled That’s It. Named after the famed Preservation Hall in New Orlean’s French quarters, the group first rocked the ESSENCE Festival stage in 2008.

3-New Orleans born singer-songwriter PJ Morton started out as a stand-in keyboardist for Maroon 5 before deciding to break out on his own. Infusing love for his city into his music and band, his debut album, appropriately titled New Orleans, was well received and also features a duet with Stevie Wonder. 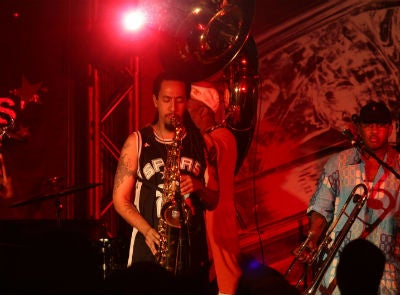 4-The Rebirth Brass Band (pictured above) was founded in 1983 and went on to earn a Grammy in 2012 for Best Regional Roots Music Album. The band, which has also been featured on HBO’s Treme, first hit the ESSENCE Festival stage in 2008.

5-The Hot 8 Brass Band was founded in 1995. The Grammy nominated group blessed the ESSENCE Festival stage for the first time in 2012.

6-To Be Continued was founded in 2002 by a group of men who didn’t want to succumb to the dangerous lifestyles they grew up around in New Orleans. After playing local New Orleans bars, they caught the attention of Amir “Questlove” Thompson from The Roots, who then became their mentor. They played the Essence Festival in 2012. 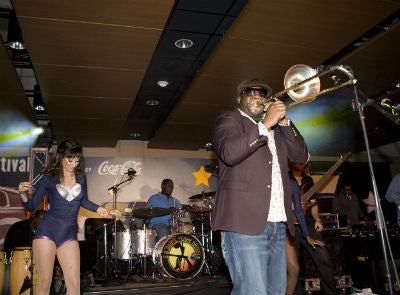 7-Big Sam’s Funky Nation (pictured above) was founded In 2001 and played at the ESSENCE Festival in 2008. One of the group’s many accomplishments came when they shared the stage with U2 and Green Day for the re-opening of the superdome after it was damaged by Hurricane Katrina.

If you’re interested in experiencing the power of a brass band up close, buy your tickets now!