By clicking Sign Up, you agree to our Terms of Use and that you have read our Privacy Policy
Skip to content
By Avon Dorsey · Updated October 23, 2020
We’ve seen her turn up earlier this month for her birthday; famously sailing on a yacht with her girls and singing along to Drake rhyming her name in one of his songs. But Winnie Harlow wants us to know she’s not through with the summer yet. Her stellar sense of style (cultivated from her years of high-fashion modeling), have led us to witness something we haven’t seen on the red carpet in years- more than one outfit change! 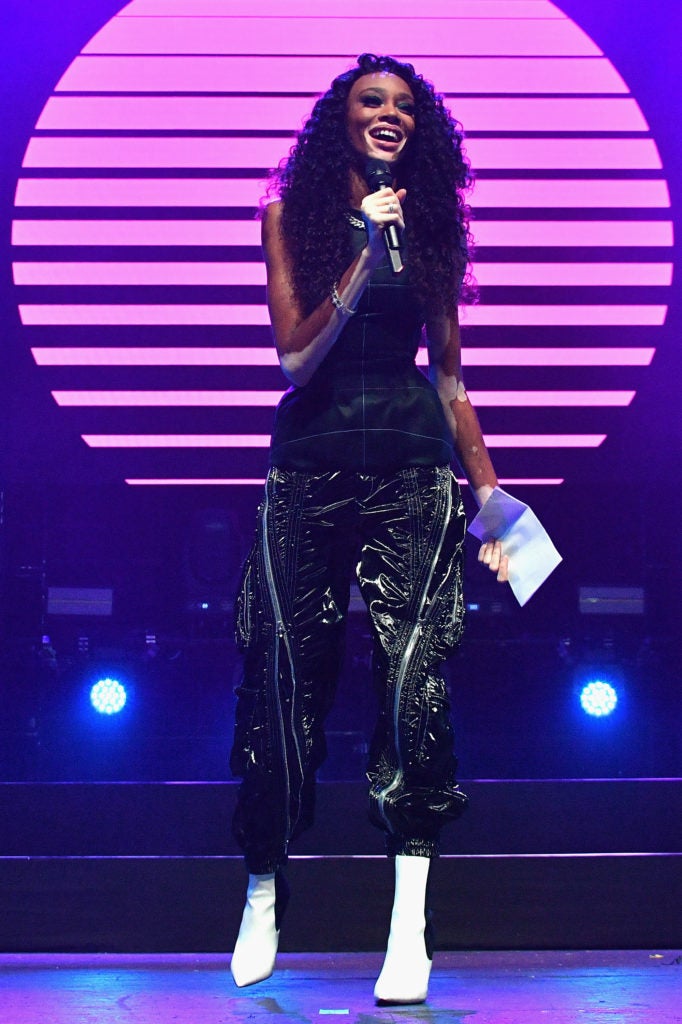 Not only did she host the official MTV event to kick off the VMA’s in NYC a day ago, she also hosted the red carpet fashion coverage for tonight.

And in doing so, she started off her hosting responsibilities wearing a Fendi logo-print halter dress (with a Fendi fanny pack to match), with black leather boots. 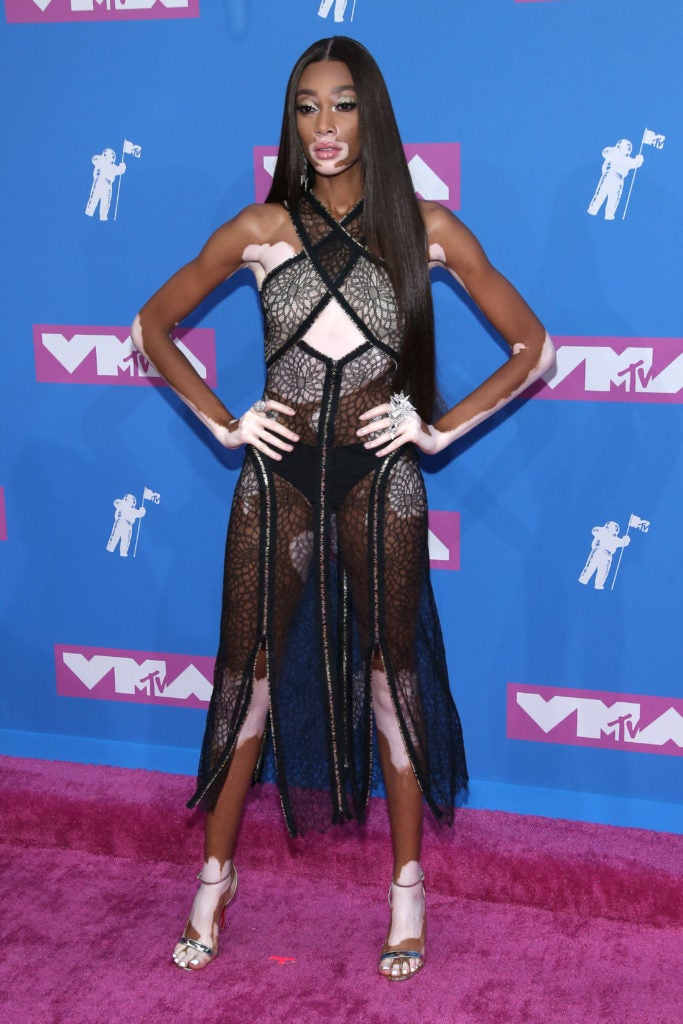 After she hosted in her casual Italian-design number, she re-emerged on the VMA’s pink carpet in a second outfit- this time wearing a Sonia Rykiel sheer, black lace dress that crisscrossed in the front, which left very little to the imagination. 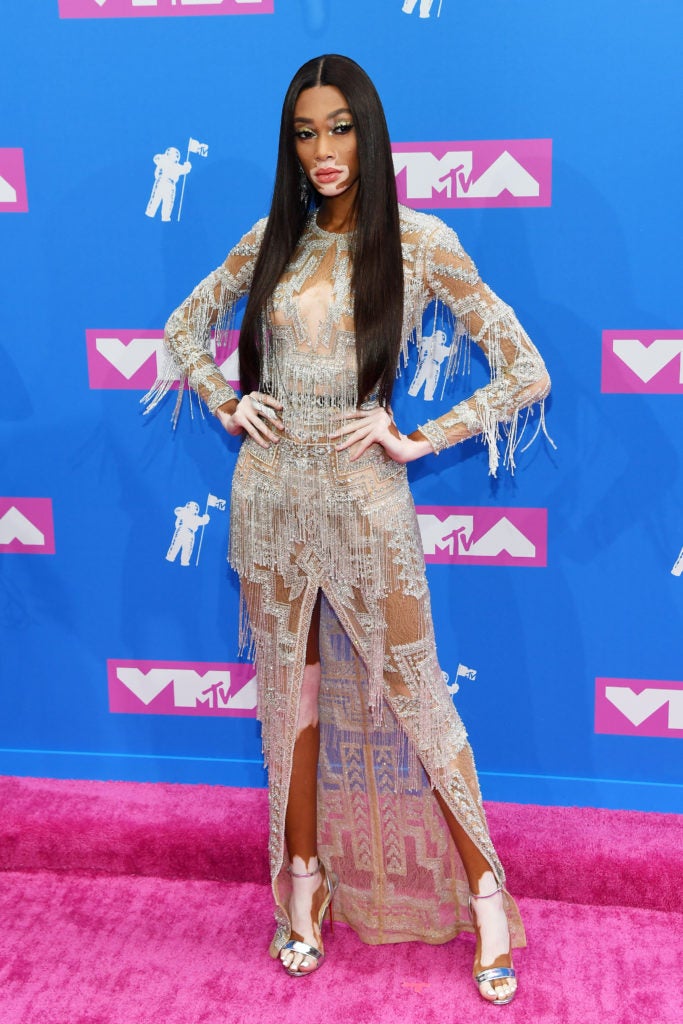 But that’s not it… in true Leo fashion, Harlow wanted us to hear her roar in one last finale ensemble as she did yet another quick change into a third lewk- this time dripping in a crystal beaded gown that highlighted her skin perfectly! In true #BlackGirlMagic fashion, it’s safe to say that she won the MTV Awards!