By Avon Dorsey · Updated October 23, 2020
Giving credit where it’s due, Teyana Taylor has been slaying her recent K.T.S.E. tour in support of her new album, K.T.S.E. (Keep That Same Energy), despite the turbulent split from tour partner Jeremih. Taylor’s been churning out the hits onstage, but she’s also been giving us strong lewks with her custom-made tour wardrobe designed by Nan Li and Emilia Pfohl of the high fashion label Namilia. Known for its skin-baring “waistless” pants and intricately etched crop tops, the brand seemed like a natural fit for Taylor, who often displays her incredibly fit body.

Went from being a big fan/supporter of @_namilia_ to closing the Namilla show at #NYFW....Grand opening, grand closing. Won’t he do it? #GodsPlan 🙏🏾 📸: @coripher ・・・ #nyfw #teyanataylor #namilia PS IF YA FRIENDS DON’T EGG U ON THE WAY @karrueche IS EGGING ME ON BEHIND ME.... Throw them away 😩😩😩😂😂😂😂

Fresh off the heels of her performance at the 2018 ESSENCE Street Style Block Party, Taylor, along with Paris Hilton, was the featured supermodel in Namilia’s show for New York Fashion Week. Closing out the show, Taylor hit the runway draped in larger-than-life angel wings, the brand’s signature wide-leg pants and a black top. In the crowd, we spotted Victor Cruz and Karrueche Tran seated front row. (Tran was also wearing a look from the brand.) Another major highlight was that half of the models in the show were women of color. 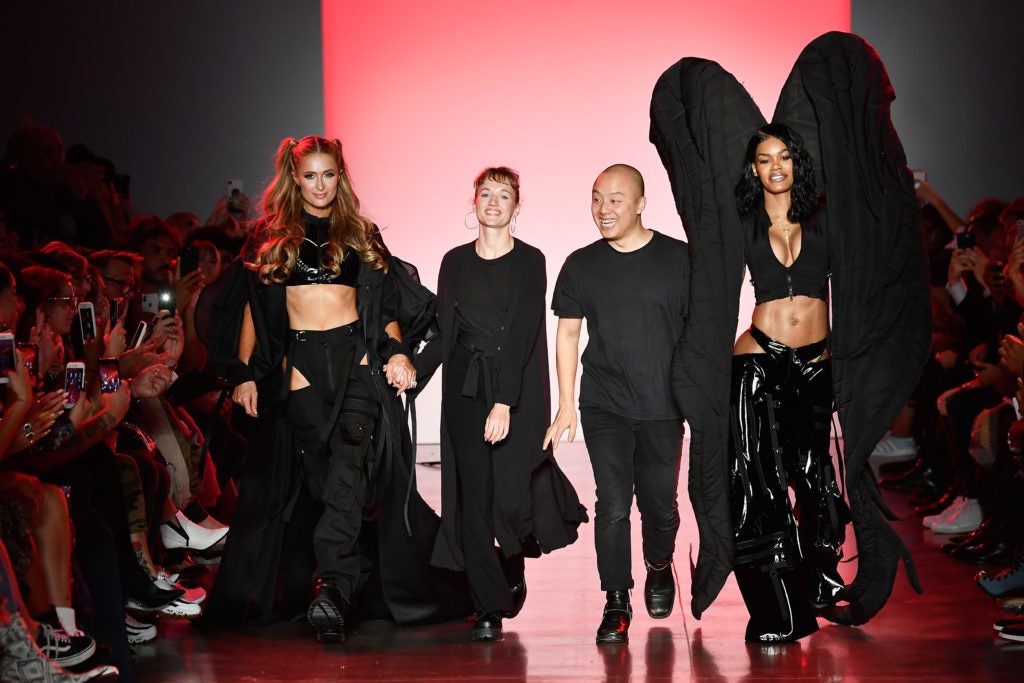 Speaking about her moment on the catwalk, Taylor says she “went from being a big fan and supporter of the brand to closing the Namilla show…. Grand opening, grand closing. Won’t he do it?”
TOPICS:  ktse nyfw Runway tour