Skip to content
Marvel
By Avon Dorsey · Updated December 6, 2020
Loading the player...
The Smithsonian National Museum of African American History and Culture is paying homage to the Marvel film that keeps on giving with an extraordinary display of the beloved Black Panther costume as a part of the museum’s inaugural Black Film Festival. Made of nylon, jersey, silicone, rubber, plastic and worn by Chadwick Boseman’s character, King T’Challa, in the record-breaking film, the full costume display was unveiled during the Smithsonian’s ‘Night At The Museum’ gala held earlier this week in Washinton, D.C. We caught up with the museum’s African American Media Arts Center director, Dr. Rhea Combs, who gave us the full scoop on the special Wakanda artifact. Since opening in 2016, the museum has seen millions of visitors and hopes to attract more with this weekend’s film festival and its display of the Black Panther costume. “When we did the preview of the film, I was working very closely with Disney and Marvel Studios, to be able to acquire the object,” Combs told ESSENCE following the event press conference. 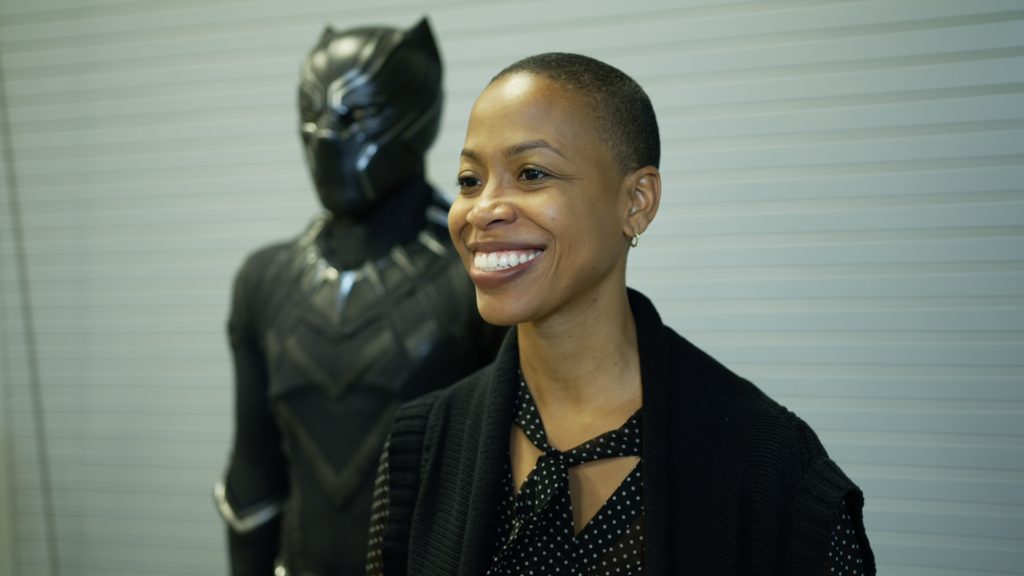 “There are several things that we’re thinking about when collecting objects,” she added. “And the primary consideration is about cultural impact.” 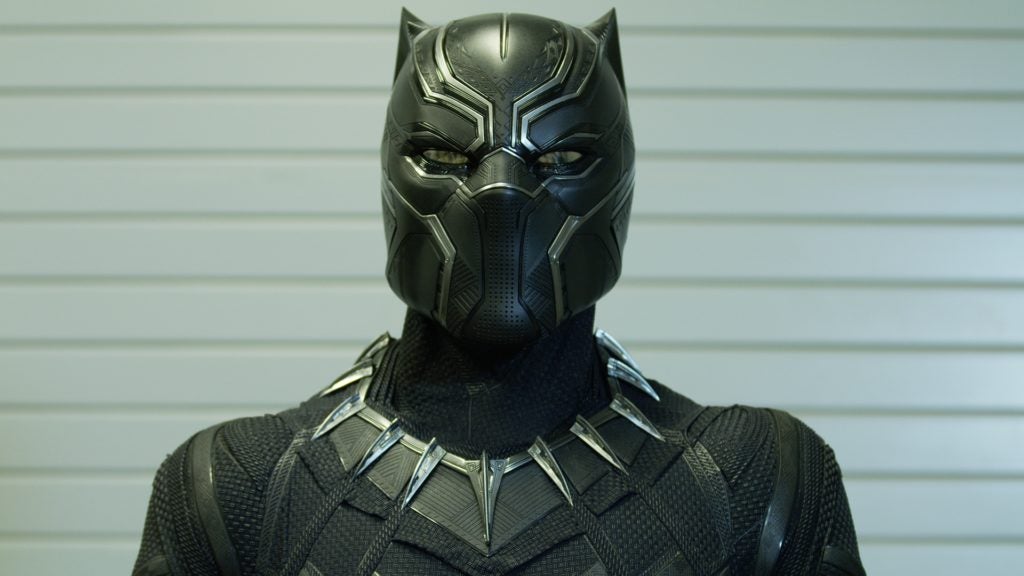 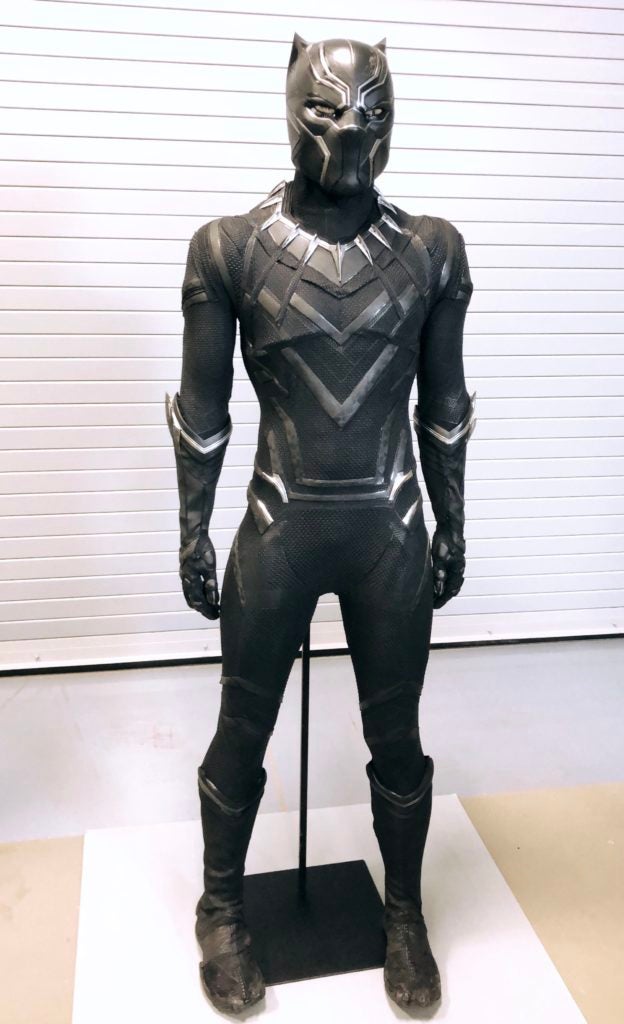 We also spoke with a few other members of the Smithsonian family to get answers to all your burning questions about T’Challa’s body of armor. Hear what they had to say below. How many sketches were presented as initial ideas before developing the final version of the costume? There is no exact number. This is very hard to answer because so many drafts are done before it even goes to costumes and then it continues to be adjusted over the course of the entire production. Was the same costume version from the film used in the Avengers ‘Infinity Wars’ film? No. The costume for Black Panther is an updated costume. What was the actual material used to create the costume? There are a number of materials used in the making of the costume – nylon, jersey, silicone, rubber, and plastic, to name a few. How heavy is the costume and how much does it actually weigh on a scale? The Black Panther costume is rather lightweight compared to some of the leather based costumes, like Thor and Loki. We don’t have an exact weight for the entire costume, but estimated 10-15 lbs. How delicately was the costume handled on set? Any special procedures or rituals? The undersuit -or muscle suit- isn’t delicate, and is roughly as sturdy as a leotard, but with less flexibility. The oversuit -or skin suit- is somewhat delicate, mostly due to the sheer nature of the printed fabric. Care is also taken with the molded pieces that are attached to the fabric. The costume can be carefully hand washed and laid flat to dry. Hear more from Combs and check out an exclusive first look at the display in the video above.