Skip to content
By Avon Dorsey · Updated December 6, 2020
The thought process that’s usually involved with getting dressed for a big event generally goes like this: -What color am I going to wear? -Does my old suit still fit, or should I get a new one? -I gotta do something with my hair… maybe nails too?! -Do I have new underwear? -Should I drive or get a ride there? Yet, over the weekend, Randy Moss took things a step further and made more than just a statement with his ensemble for his induction into the Pro Football Hall of Fame. Moss wore a gold Hall of Fame blazer, a crisp white button-down shirt, and he complimented the look with a non-traditional, black necktie that listed the names of the Black men and women who lost their lives to police brutality. The list on his tie included: Sandra Bland, Paul O’Neal, Freddie Gray, Eric Garner, Akai Gurley, Tamir Rice and others. 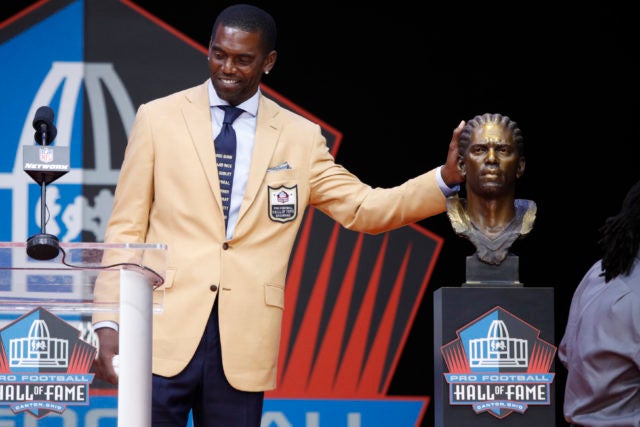 “There’s a lot of stuff going on in our country,” Moss said, speaking on his decision to wear the tie. “And I just wanted to let these family members know that they’re not alone.”
Loading the player...
With 14 career seasons, 150+ touchdowns and 15,000+ receiving yards under his belt, Moss could’ve easily worn the latest from Gucci, or anything from Alexander Wang’s recent collection. Instead, he chose to use his sense of style to commemorate the lost lives of those Black men and women who didn’t have a voice—some of the same individuals that Colin Kaepernick took a knee for two years ago. 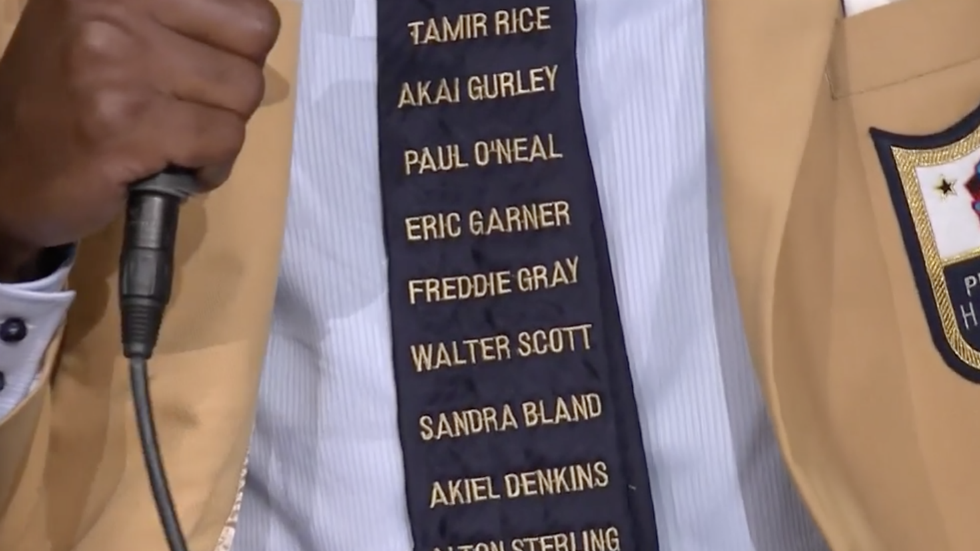 During a post-show interview seated alongside fellow Hall of Famers, Moss went into detail about his sartorial choice: “We all know what’s going on,” he said. “You see the names on my tie. Being able to use a big platform like this here at the Hall of Fame, what I wanted to be able to express with my tie is to let these families know that they’re not alone.”