By Julee Wilson · Updated October 27, 2020
Let’s take a moment to state the obvious. Naomi Campbell is a force. While the British supermodel is still working the runway and fronting major fashion campaigns, she’s also holding court on the small screen playing the formitible Camilla Marks on Fox’s hit show “Empire.” But her prowess doesn’t end there. We recently had a one-on-one with the icon to discuss her newest moniker: author. On April 7, Naomi will debut her limited-edition two-volume book project entitled “Naomi Campbell,” which is filled with countless images and memories from her storied (and sensational) career that has spanned 30 years and counting. 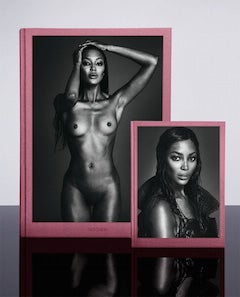 The larger-than-life tome, published by Taschen, is the first time Naomi will recount her own story. And you’ll have to act fast and have a whooping $1,750 to spend if you want to snag one. There are only 1,000 numbered copies being offered — all of which are signed by Naomi. So what do you get for nearly $2,000? One of the books is a 368-page autobiography where Naomi shares intimate details of her life and stardom. And the other is a 496-page photo-filled retrpspective and a goliath of a  book — measuring 13 x 18.2 inches. In addition, it comes in an eye-catching acrylic box, crafted by Bristish artist Allen Jones, that is shaped in the form of a woman’s curveous bosom (not Naomi’s since she told ESSENCE: “My breasts are definitely not that large”) sporting a hot pink bustier. 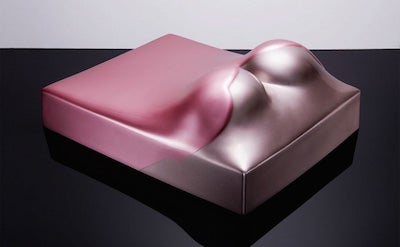 It’s definitely a must-have for any diehard fan — or at least a must-see for all the Naomi lovers with more modest budgets. Check out the video above where Naomi shares with ESSENCE some of her most cherished photos from the books.