Skip to content
Michelle Obamas Best Style Moments of All Time
Getty Images
By Julee Wilson · Updated October 26, 2020
Michelle Obama showed up at the 2017 ESPY Awards on Wednesday night and collectively took our breath away. The former First Lady was on hand to present the Arthur Ashe Courage Award (posthumously) presented by Cadillac to Special Olympics founder Eunice Kennedy Shriver — and did so in a gorgeous navy blue cutout dress by Cushnie et Ochs. And her bone-straight blowout hairstyle and Jennifer Fisher statement earrings were just as stunningly sleek as her frock. 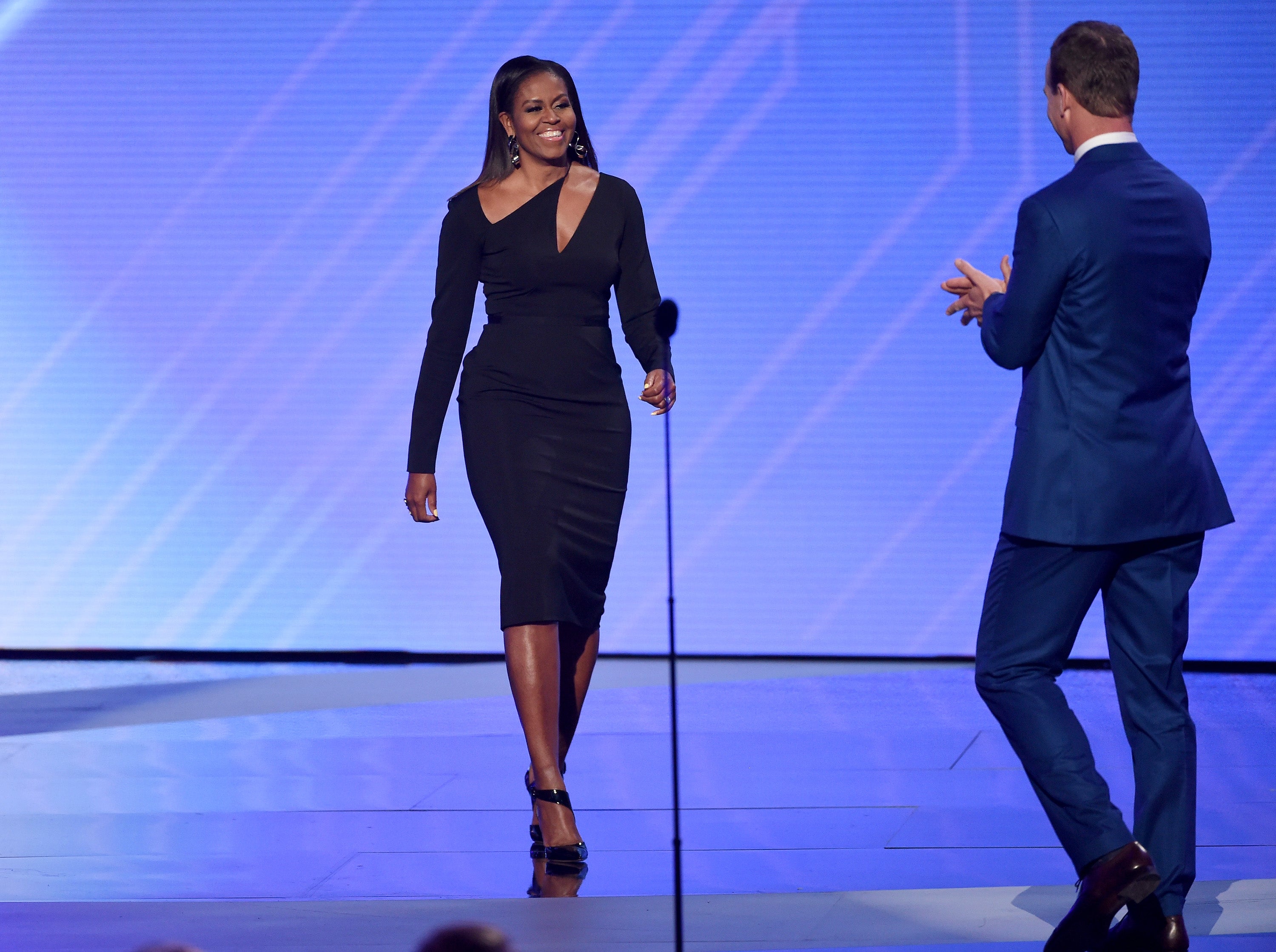 This moment was yet another reminder of how much we’ve missed marveling in Mrs. Obama’s presence and excellence (both inside and out) on a regular basis. Over the past several months we’ve only gotten a few glimpses of Mrs. Obama — so this appearance is a real treat. And the 53-year-old’s cameo at the ESPY Awards is further proof that her life as a private citizen will not effect her slayage.