By clicking Sign Up, you agree to our Terms of Use and that you have read our Privacy Policy
Skip to content
By Avon Dorsey · Updated October 23, 2020
During their recent royal tour of Sydney, Australia, 37-year-old Duchess of Sussex, Meghan Markle and 34-year-old Prince Harry, announced that they are expecting their first child in the spring of 2019. As news quickly spread around the world, photos of the happy couple also appeared with Markle wearing her late mother-in-law Princess Diana’s butterfly earrings and bracelet. 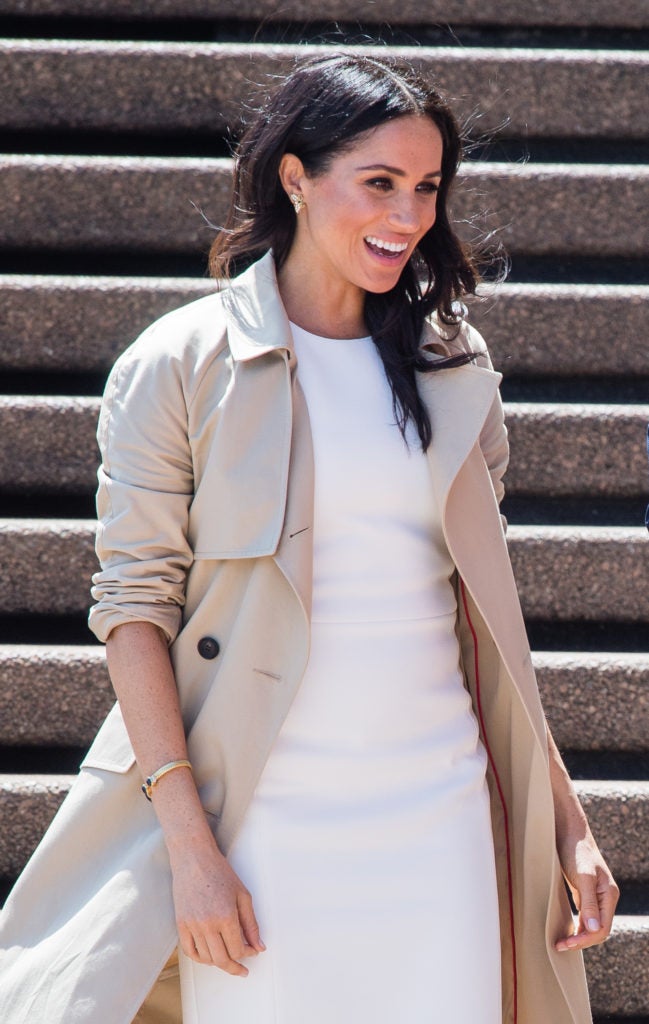 The pieces were first worn by the late Princess Diana on her Canadian royal tour in 1986, a year after she gave birth to Prince Harry. According to The Telegraph, a special “Letter of Wishes” written by the late Princess Diana was added to her will so that the wives of her two sons — Prince William and Prince Harry — would receive her prized jewelry. The letter reads, “I would like you to allocate all my jewelry to the share to be held by my sons, so that their wives may, in due course, have it or use it.” 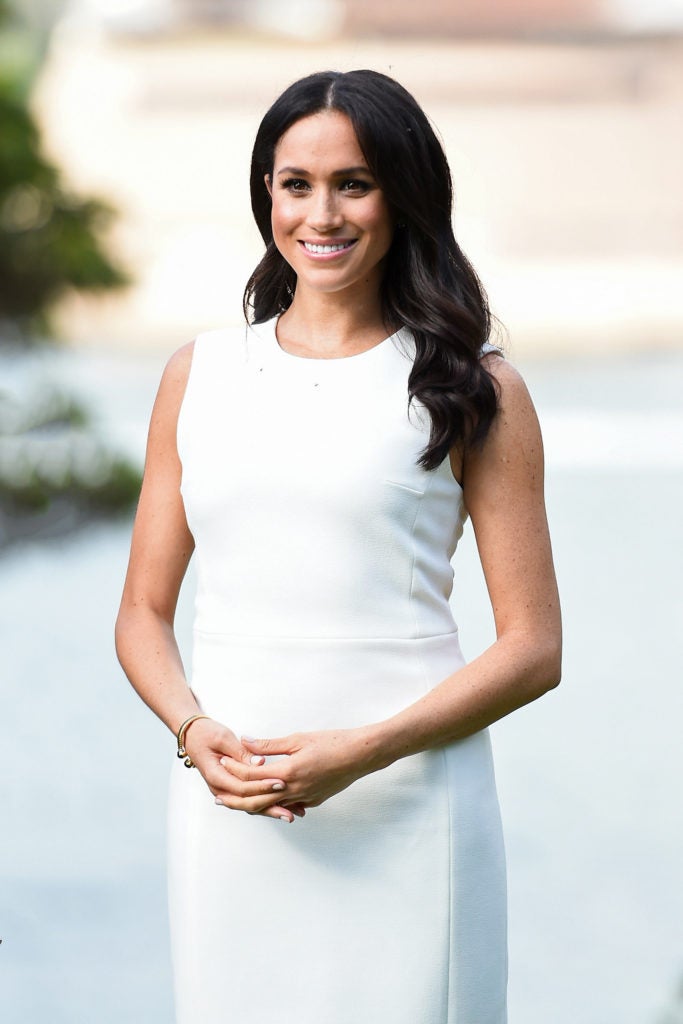 During their trip, Markle wore a white, sleeveless sheath dress made by Australian designer Karen Gee and topped off the looks with Diana’s simple butterfly earrings and gold bracelet, and her engagement and wedding rings (which also contains stones from her mother-in-law’s royal jewelry collection), she also rocked an olive green shirt dress by American designer Brandon Maxwell.

Yesterday in Sydney, Her Royal Highness The Duchess of Sussex wore a Brandon Maxwell poplin pleated day dress from the Spring/Summer 2019 collection in Olive to attend the Governor-General of Australia’s Reception. ❤️

The gender of Markle & Harry’s baby has not been revealed.

Why Are You Feeling So Anxious These Days?