Nigerian artist Laolu Senbanjo originally pursued a career in law and worked as a human rights attorney for a few years, but Senbanjo eventually quit his job to follow his true passion: art. Since moving to Brooklyn in 2013 to pursue art full time, Senbanjo went from trying to make a name for himself as an artist by drawing from his Yoruba African roots to being hired by Beyoncé to paint her and her dancers for her Lemonade visual album.

Recently, Senbanjo’s art was recognized by luxury brand Bulgari and he has teamed up with them to design the bottle for their new BVLGARI Man In Black Essence fragrance, which is the latest from their Man In Black collection. The design of the bottle represents Senbango’s art “Afromystetrics,” or the mystery of African thought displayed through pattern.

ESSENCE.com spoke exclusively with Senbanjo to learn more about the collaboration with Bulgari. “They approached me,” said Senbanjo. “I was stunned because I’ve been getting a lot of offers from different companies that I never expected was going to approach me. They wanted to create [the bottle] in the vision of an artist and that’s what I did. I’m happy with the results. We’re all happy with the way it turned out. It’s amazing to see how far you can come just by taking a chance on yourself and hoping for the best.” 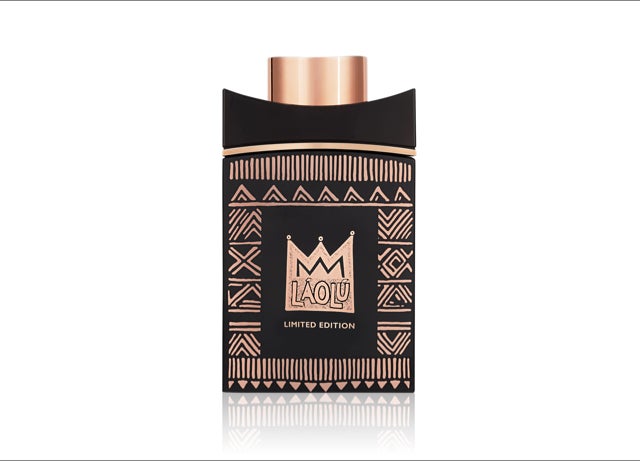 The fragrance bottle’s design is an artistic tribute to Sango, the Yoruba God of Thunder, and Senbanjo explained what he enjoyed about the design process. “[I enjoyed] interpreting the fragrance itself, which Bulgari is Italian, from the standpoint of an African, and bring it in the eyes of Sango,” said Senbanjo. “Sango is God, man, warrior all at once, and sexy at the same time, which is one of the attributes of Sango. So the marriage of both worlds is what I found most interesting, and being able to bring my culture to the world.”

When asked to describe the fragrance in one word, Senbanjo simply said powerful.

The limited-edition BVLGARI Man in Black Essence cologne will be available exclusively at Bloomingdale’s in the USA, and launches on October 19. The fragrance launched worldwide on October 1.