By Avon Dorsey · Updated October 23, 2020
The box-office isn’t the only ‘box’ that comedy king Kevin Hart has been breaking lately- he’s also broken free of his clothes and is wearing nothing but boxer-briefs (and socks), in the latest advertising campaign for clothing brand Tommy John. To promote the launch of the Tommy John x Kevin Hart ‘Rose Gold’ Collection of undergarments, Hart recently took to his Instagram saying, “The underwear game just got alot more comfortable!!!!” The provocative -yet comical- photographs show him in a variety of compromising positions like trying to put icing on a wedding cake, and mending a plant… all while in his underwear. The campaign also features Hart alongside his wife Eniko Hart, with the two of them practicing yoga. 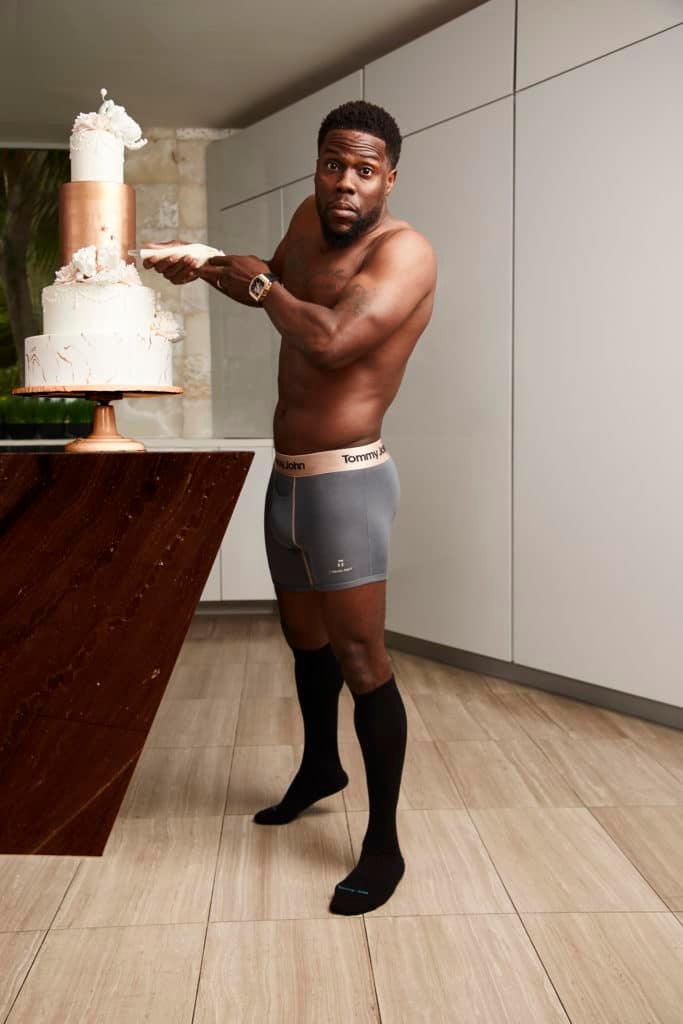 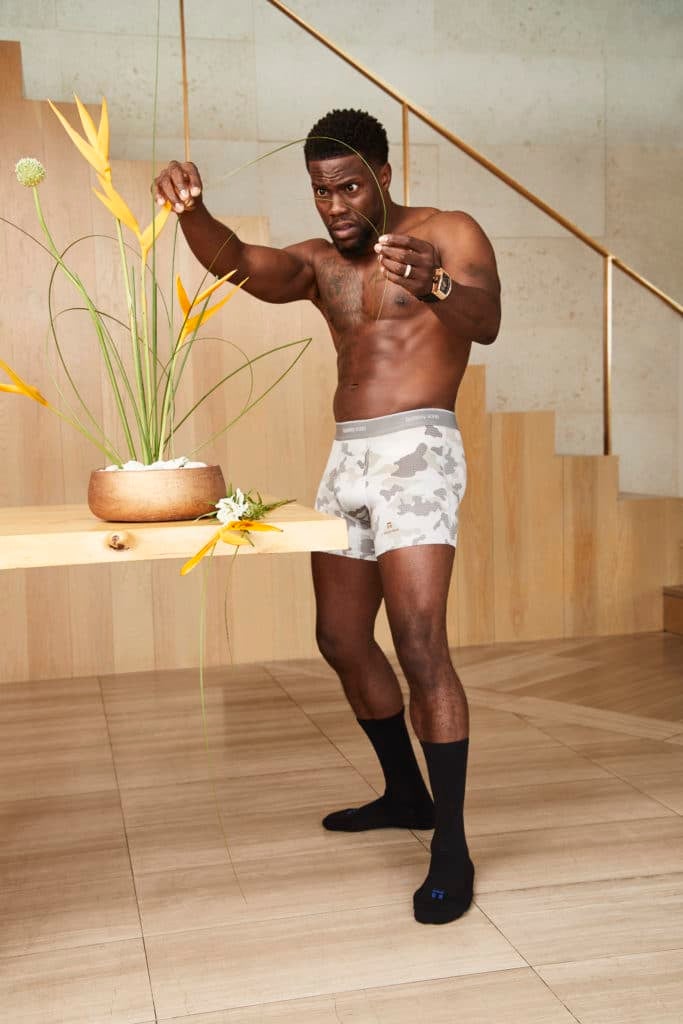 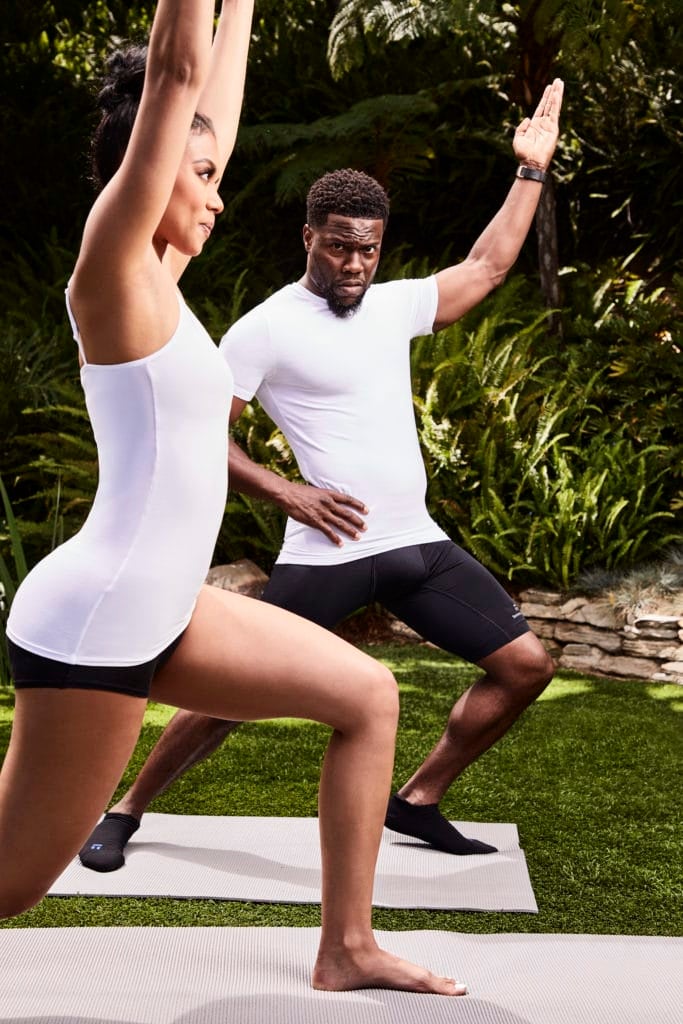 Speaking on his collaboration with the brand, Hart says,  “I always want to push boundaries and accomplish things that haven’t been done before. I told Tommy John that I wanted to design something unique, something that shows off my elevated personal style. I believe that when you’re comfortable you can accomplish anything.” Co-founder Tom Patterson says the goal of the campaign is to show Hart’s “softer side,” which ties into the new capsule collection of ‘light’ camo print undergarments with rose gold elements. Items being offered include their Second Skin boxer briefs, trunks, crew neck and V-neck tees. 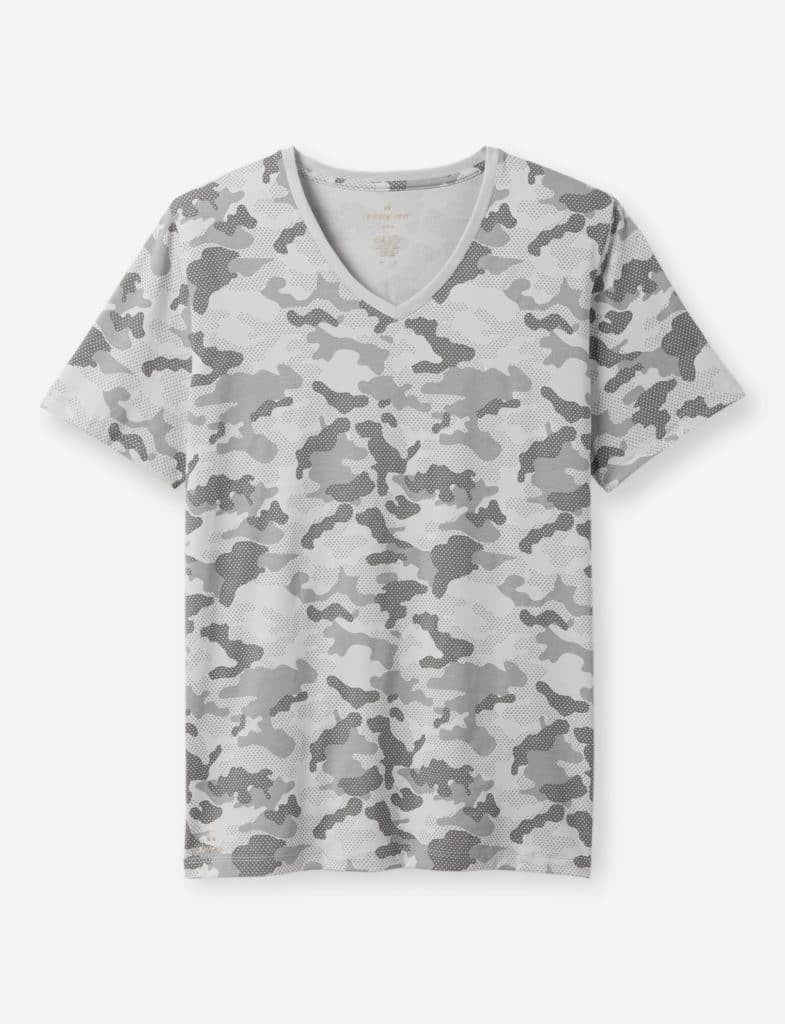 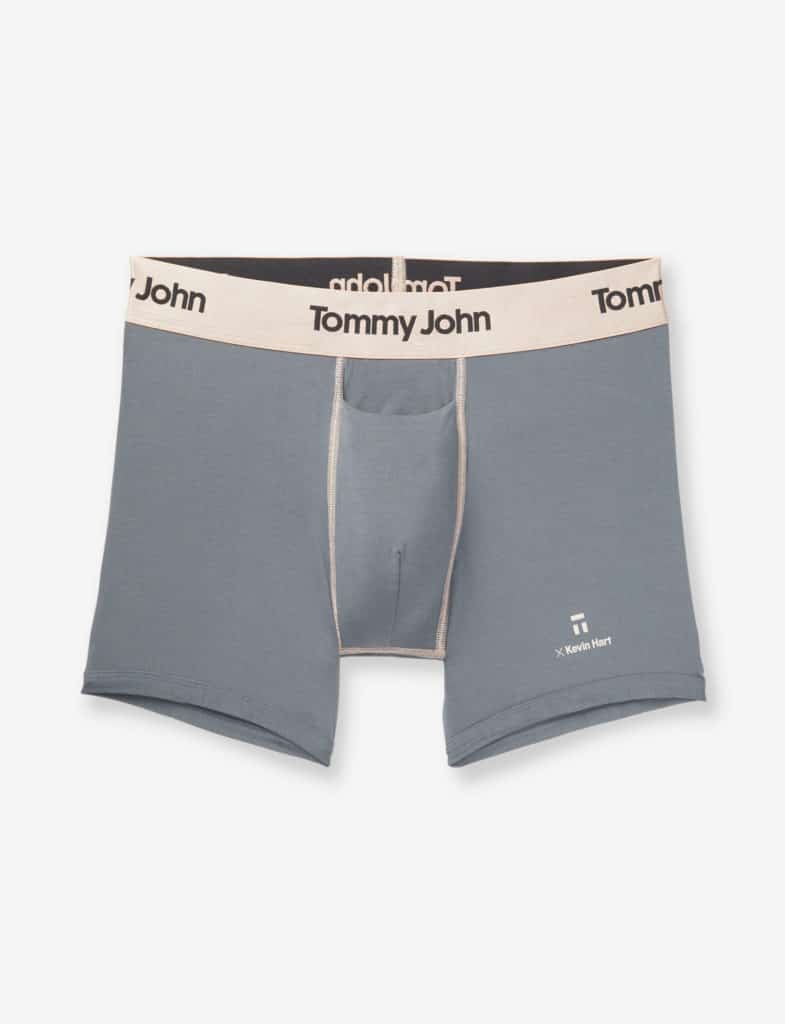 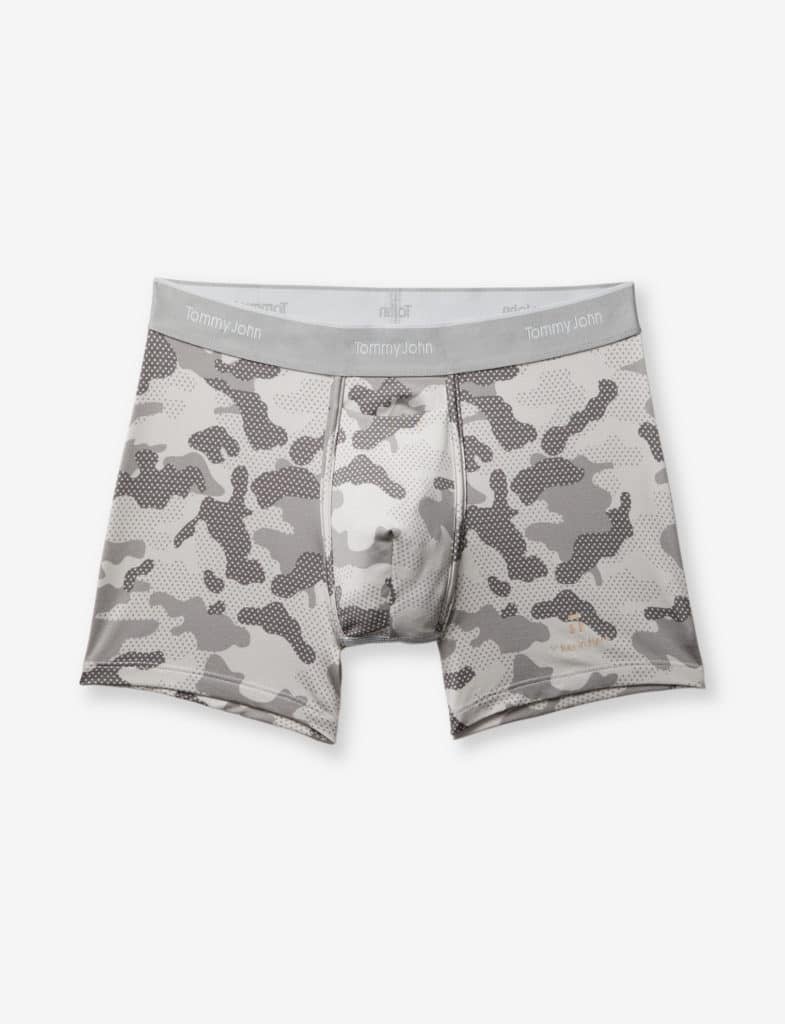