By Avon Dorsey · Updated October 23, 2020
Although he’s only 20 years old, the world has witnessed Jaden Smith’s growth and life development since birth. As the son of two of Hollywood’s heavy hitters — Will Smith and Jada Pinkett Smith — his life has been under a microscope and every move has been evaluated even the clothes he wears. Speaking of his fashion choices, Smith has been taking control of things and even making statements. Let’s not forget the time when he wore a dress and the world freaked out! Still, his most recent project involves his first-ever design collaboration with a major brand — partnering with G-Star RAW on a sustainable denim capsule collection titled “Forces of Nature”.  The collection, which is inspired by the Earth’s elements, debuted at Hypebeast magazine’s first annual Hype Fest, a street style cultural festival held at the Brooklyn Navy Yard. After the young icon gave us a tour of the items featured in his collection, ESSENCE sat down with Smith, who discovered G-Star was at the age of 11, during the event to get the full scoop on his design process. 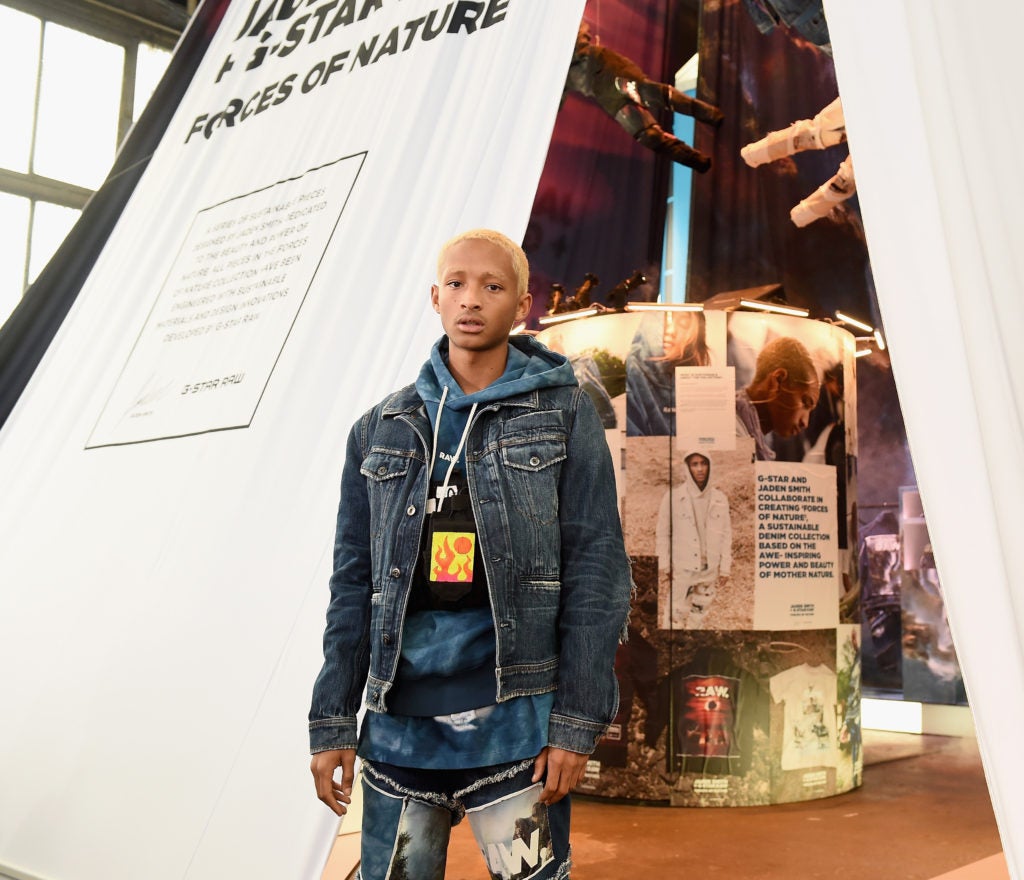 ESSENCE: When approaching fashion design, is the creative process different from making music?  Jaden Smith: When I make music, I definitely think differently from designing fashion because I don’t have to think about actually packaging anything. I’m not even going to make physical copies of my music, so the carbon footprint is really low. But because the G-Star collection — and clothing in general — is physical, more thought goes into it and more time is spent on the creative process. Who are some fashion icons that you look up to, or are inspired by?  Definitely Young Thug and Poseidon! Tell us the reason why you chose G-Star for your first design collaboration?  I chose G-Star because they’re at the frontier of environmental sciences and because of the way that they manufacture their clothes — minimizing dye exposure, lowering CO2 emissions, plus [boosting] water and energy efficiency. I knew I wanted to partner with them based on those ethical reasons. I feel so honored to have my own jeans with G-Star! When did you realize that you could use fashion as a means for social change and progression?  When I realized the impact that the fashion industry has on the environment, that’s when I really wanted to look for and partner with a brand that had the same vision as me, but had more industry knowledge. The Jaden Smith x G-Star RAW “Forces of Nature” denim collection is now available online.
TOPICS:  Jaden Smith