At first glance Jerome Lamaar’s Spring 2017 collection is an maximalist cocktail of all the over-the-top glam you could ever ask for.

Complete with a feather trimmed logo sweatshirt, an embellished kimono and wide brim hats fit for the depths of the jungle, the collection seems to lend itself to the “more is more” school of thought (in the best way possible). 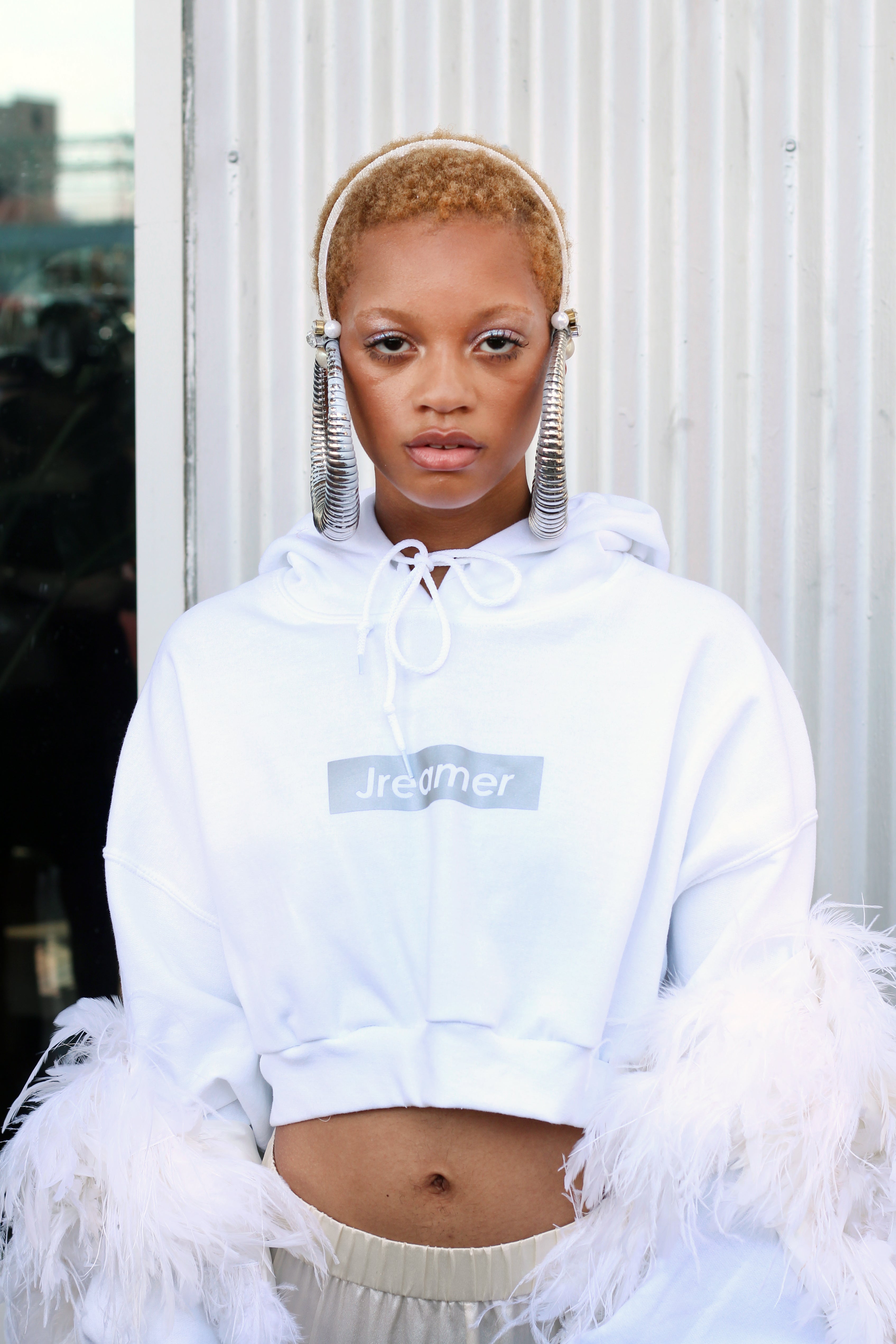 During a brief chat in the midst of friends and industry insiders congratulating him on another feat, the gracious designer explained why the phrase “multi-cultural” was such a huge part of what moved him to create this line.

“The inspiration is almost like a family portrait of the future and it’s symbolic of the evolution of the planet,” said LaMaar. “There’s a multiculturalism happening. I’m going to have a niece soon and she’s multi-cultured and I wanted to ask the question – what is the future going to look like?”

LaMaar also reveals that aside from looking to the future, his collection also served as an homage.

“The oceanic references are dedicated to a friend who was actually taken into a tide in Mexico three weeks ago,” when offered condolences Jerome quickly replied, “Don’t worry, it inspired something right? He was in the ocean, it was a very poetic and beautiful way of him leaving. I wrote a poem for him and it’s on the back of the Kimono and the back of the jacket. [The collection]

is a hybrid of all of these things that are really important to me.” 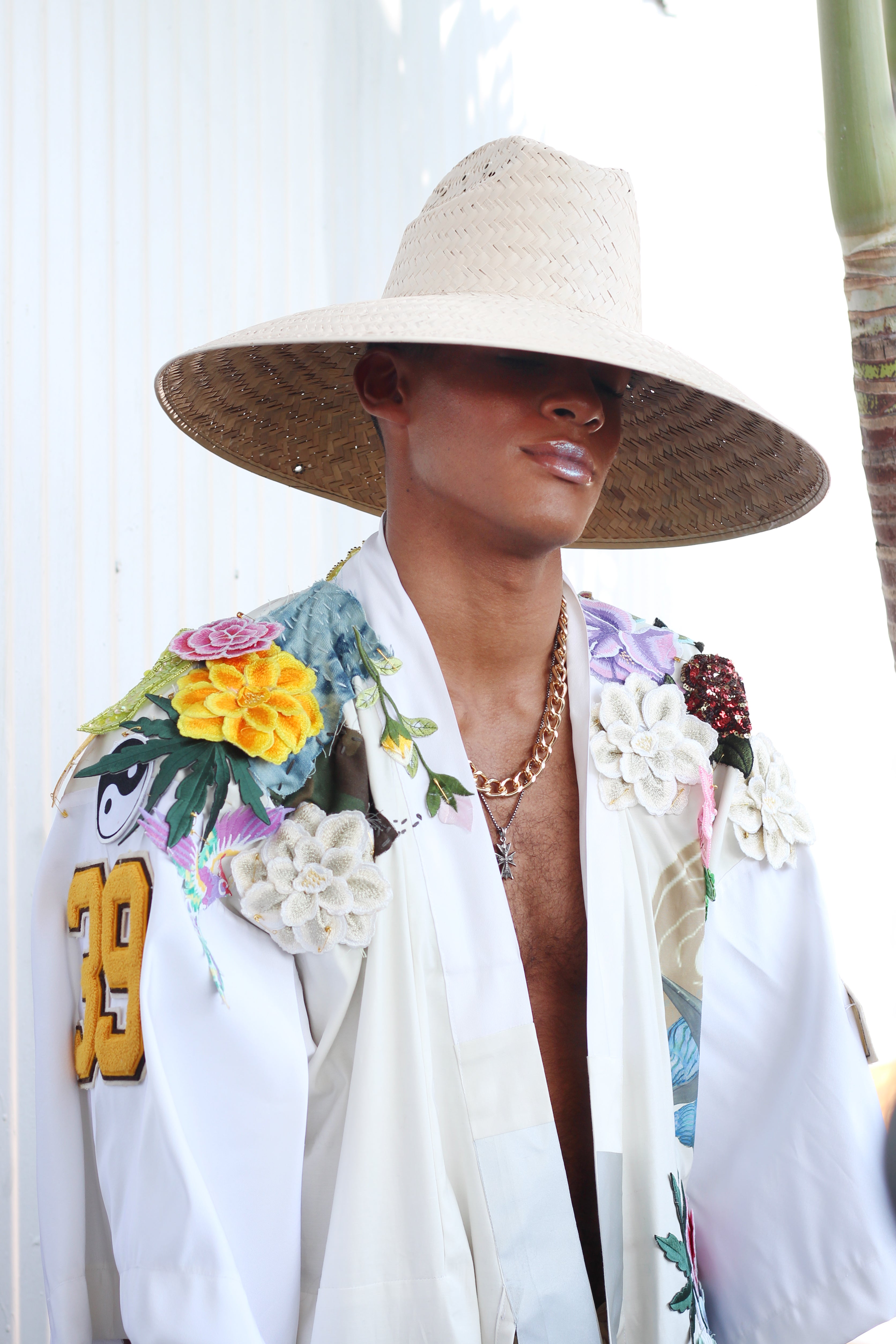 When it comes to diversity and the presence of Black women in the fashion industry, LaMaar again subscribes to the notion of “more is more.” 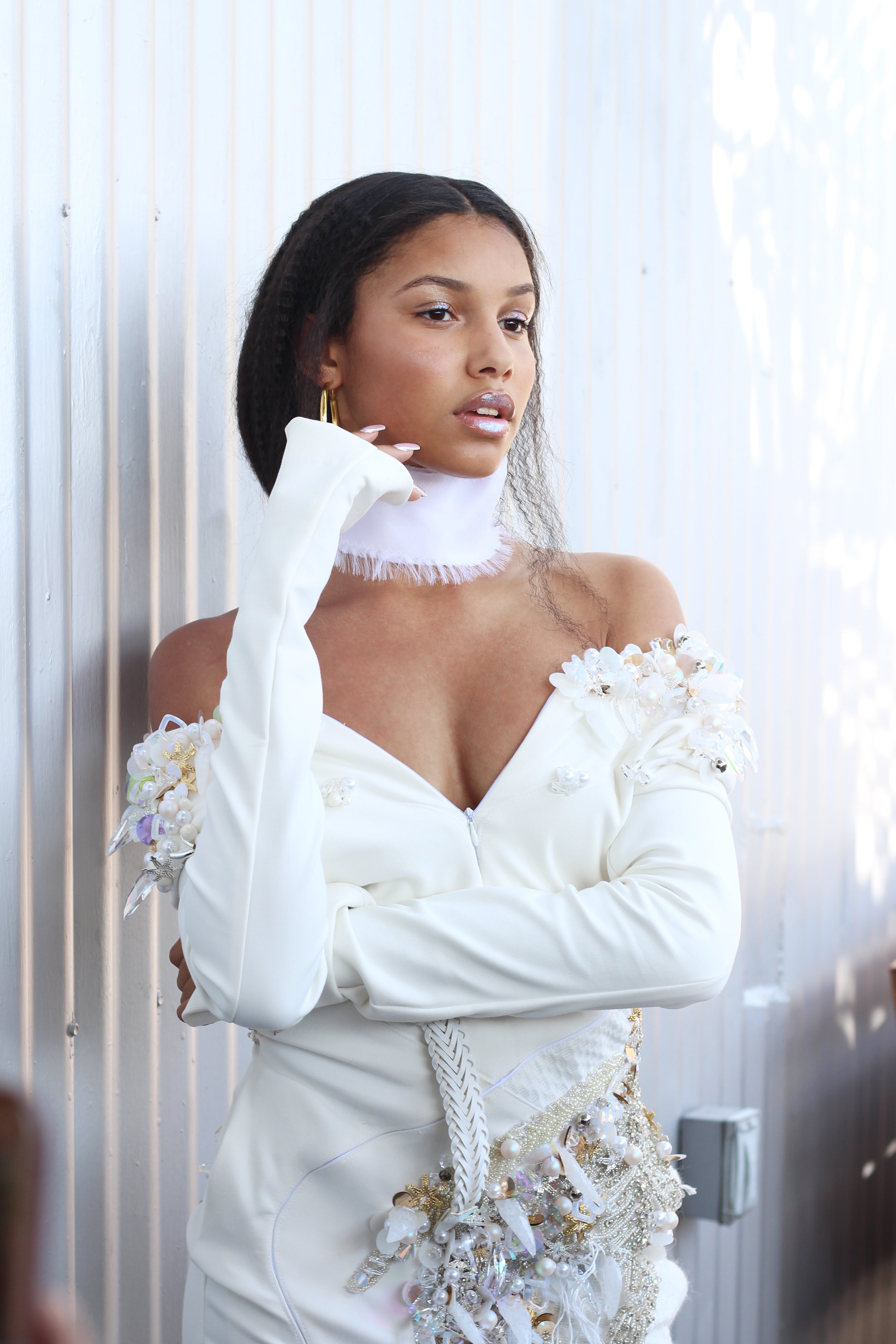 “I do see color but I see it in a beautiful palette, so I wanted to show that.”