By Avon Dorsey · Updated October 23, 2020
As a part of Black History Month and in continuation of the global fashion weeks, former ESSENCE editor Constance C.R. White moderated an industry talk centered on creating success within the fashion industry. Joined by acclaimed fashion designer Kevan Hall and emerging design talent Fe Noel, White –the author of How To Slay— hosted an event this week that presented topics ranging from starting a design business, to competing in a digital landscape and staying true to one’s brand. The ‘Rules of the Game- How to Slay as a Fashion Designer’ event was held at Manhattan’s Calligaris Soho showroom and was aimed at budding fashionistas who are keen on scaling the design ranks. 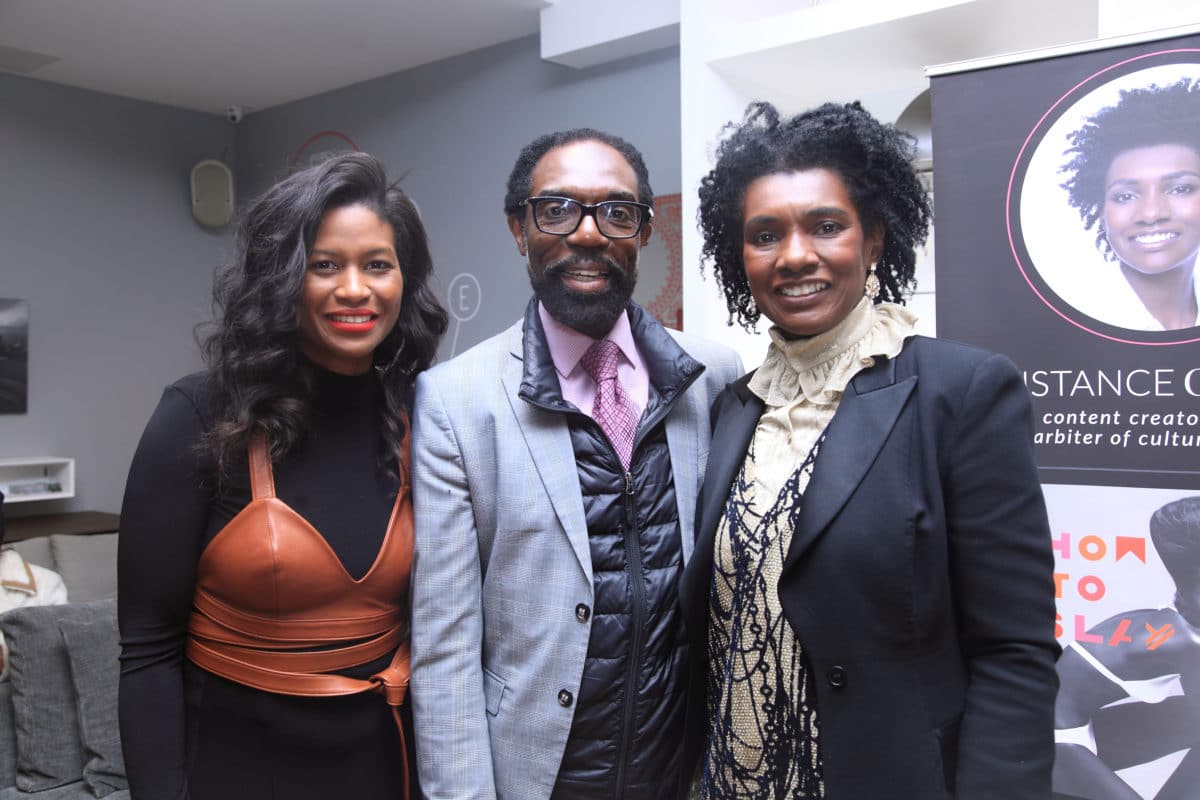 Hall, a former creative director for the iconic fashion label Halston, grew up in Detroit and has dressed the likes of Michelle Obama, Whitney Houston, Taraji P. Henson and most recently Yolanda Adams (for this year’s Grammy Awards). Speaking on his rise to the top of the industry, Hall says, “Fashion moments on the red carpet helped to propel my brand. I started my business in California –in the late 1980’s– by saving money from working for other design companies.” Previously featured as an ESSENCE ‘Designer to Watch,’ Grenadian-born Noel attributes her success to being self-taught and keeping her eyes on the prize. “I never really imagined myself as a designer growing up, but I was always drawn to fashion,” she says. Noel was also part of the hand-picked, elite women’s squad –consisting of Brandice Daniel, Undra Celeste and Kimberly Goldson— that co-designed the LeBron James and Nike ‘HFR x LeBron 16’ sneaker in September 2018. As White shifted gears from discussing industry beginnings to being competitive in today’s digital space, both designers weighed in: “People don’t just want to buy a garment anymore, they want to buy into a story. That’s what digital has taught us,” says Noel. “I’m slow to the party, but we’re working on building up to the digital frontier, and I’m also forming a Black Designer Collective —with Ruth Carter— to help educate the masses and preserve our legacy,” added Hall. Recalling her days as an editor and addressing the struggles that Black fashion professionals often face, White says, “When you’re pounding the pavement and going to see collections you hope to see something great, but more importantly, you hope to see someone Black.” 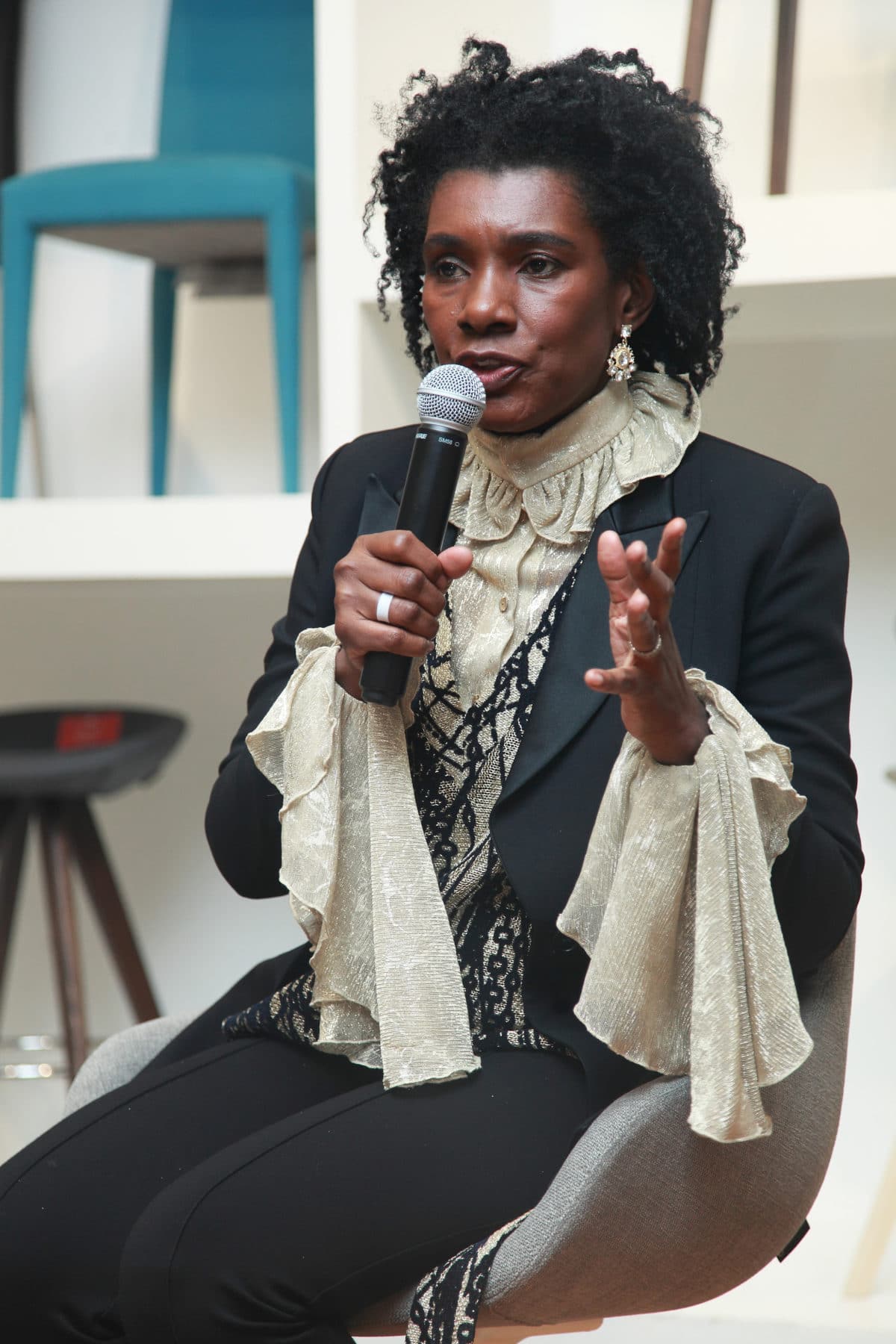 “This event truly gave the best of both worlds, from Kevan Hall and Fe Noel, as they shared their experiences, ups and downs, and the trials and tribulations of being Black designers,” adds White. The evening closed out with a song performance by social media star and Black fashion advocate, Dapper Afrika. 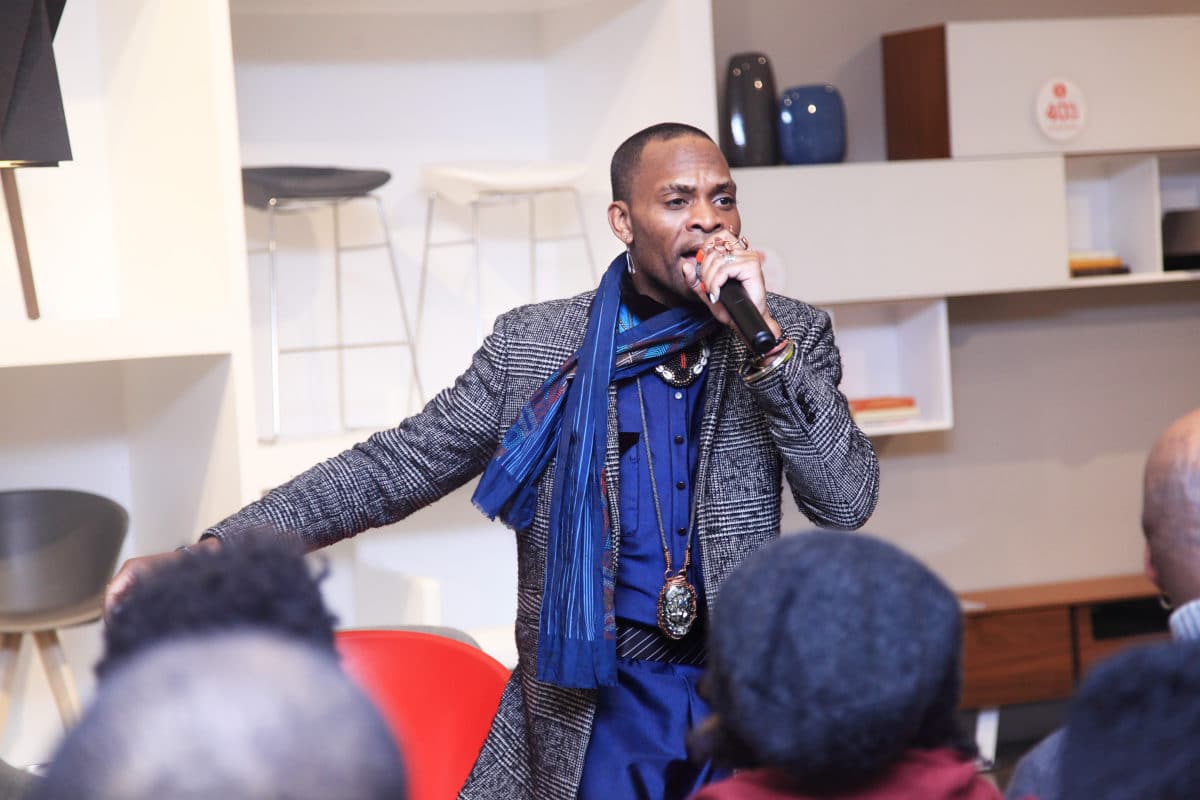 Dapper Afrika sings to the crowd at NYC's 'Rules of the Game' event. (Photo by Roy Anthony Morrison)