Killing the hip-hop game for more than 10 years, superstar rappers and noted streetwear trendsetters Fabolous and Jadakiss have recently teamed up to help promote the launch of New Balance’s ‘247 Luxe’ sneaker.

Before learning more about the launch though, we naturally had to address the recent rumors surrounding New Balance and the allegations of the brand being supportive of Trump’s administration. Speaking briefly on the matter, New Balance’s corporate office issued the following statement:

“New Balance does not tolerate bigotry or hate in any form.  One of our officials was asked to comment on a trade policy that was taken out of context.  As a 110-year old company with five factories in the U.S. and thousands of employees worldwide from all races, genders, cultures and sexual orientations, New Balance is a values-driven organization and culture that believes in humanity, integrity, community and mutual respect for people around the world.  We have been and always will be committed to manufacturing in the United States.”

Here, the true arbiters of men’s street style talk to ESSENCE about the new launch and their personal style.

ESSENCE: Fellas, we’ve all seen New Balance sneakers worn around the way many times, what’s your favorite pair of New Balance shoes and what’s so special about them?

ESSENCE: Fab, when you’re not rocking the latest sneaker trend, what other styles do you like to explore? 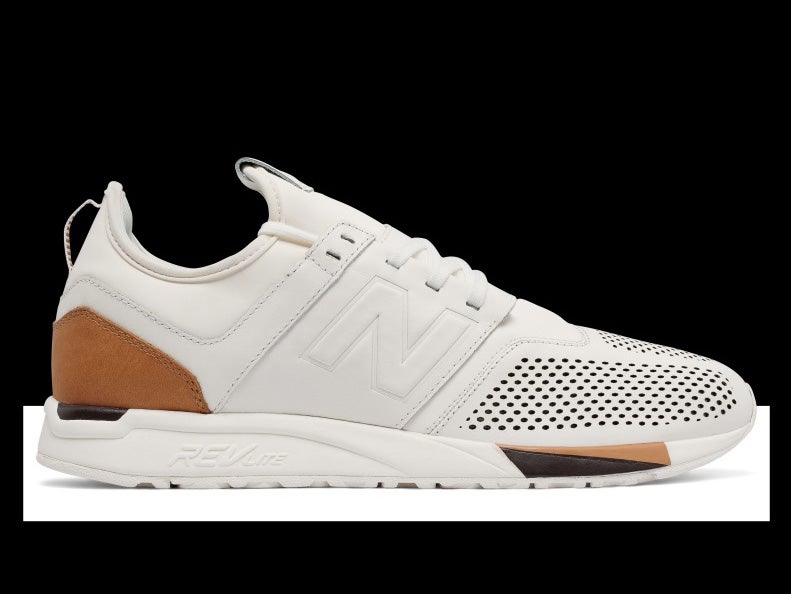 FABOLOUS: I like to step it up, depending on the occasion. I like suits! People don’t always get to see rappers, or myself in a suit so when I get to wear a suit I gotta give it to ‘em!

ESSENCE: Jadakiss, you’ve been known for your street credibility; what was your initial, honest reaction to the new 247’s?

JADAKISS: This is my first time throwing ‘em on. It feels like your feet screams ‘Hallelujah!’ I hate that it snowed today (because I don’t want them to get messed up), but that’s how I feel right now.