Leave it up to Beyoncé to make us all want to ditch our wardrobes and snatch up every piece in the new fall 2017 Ivy Park campaign.

To launch the new campaign, Beyoncé brought in some of fashion and televisions most recognizable faces, as well as one of her biggest inspirations. The “Strong Beyond Measure” campaign features actress Laverne Cox, models Grace Bol and Ralph Souffrant and dancer Karen McDonald.

Sudanese model Grace Bol was discovered at a mall in her hometown of Kansas City, Missouri and local modeling gigs soon led to walking the runways of Marc Jacobs, Balmain and Gareth Pugh. Known for his unique look, Ralph Souffrant made his debut at Yeezy Season 3 and signed a modeling contract the same day.

Laverne Cox was in the middle of promoting Orange is the New Black when she got the call for the campaign. Of course, she dropped everything and flew to L.A for the shoot. “The call came from my publicist—it was one of those things where you [couldn’t] email; you have to call. I couldn’t believe it. So I flew in, and I got a really good night’s sleep, and I woke up at like three or four in the morning. I stretched. I made sure I was warmed up so I could really give everything I could give. You have to slay for Beyoncé! I hope she’s happy. It’s a dream come true,” Cox said.

But in addition to the beautiful faces that grace the campaign, Beyoncé has described dancer/choreographer 64-year-old Karen McDonald a major inspiration. McDonald has collaborated with Beyoncé for several years for performances at the Grammys and her hit album Lemonade. McDonald has taught dance for over 40 years and even worked on Michael Jackson’s Thriller video. 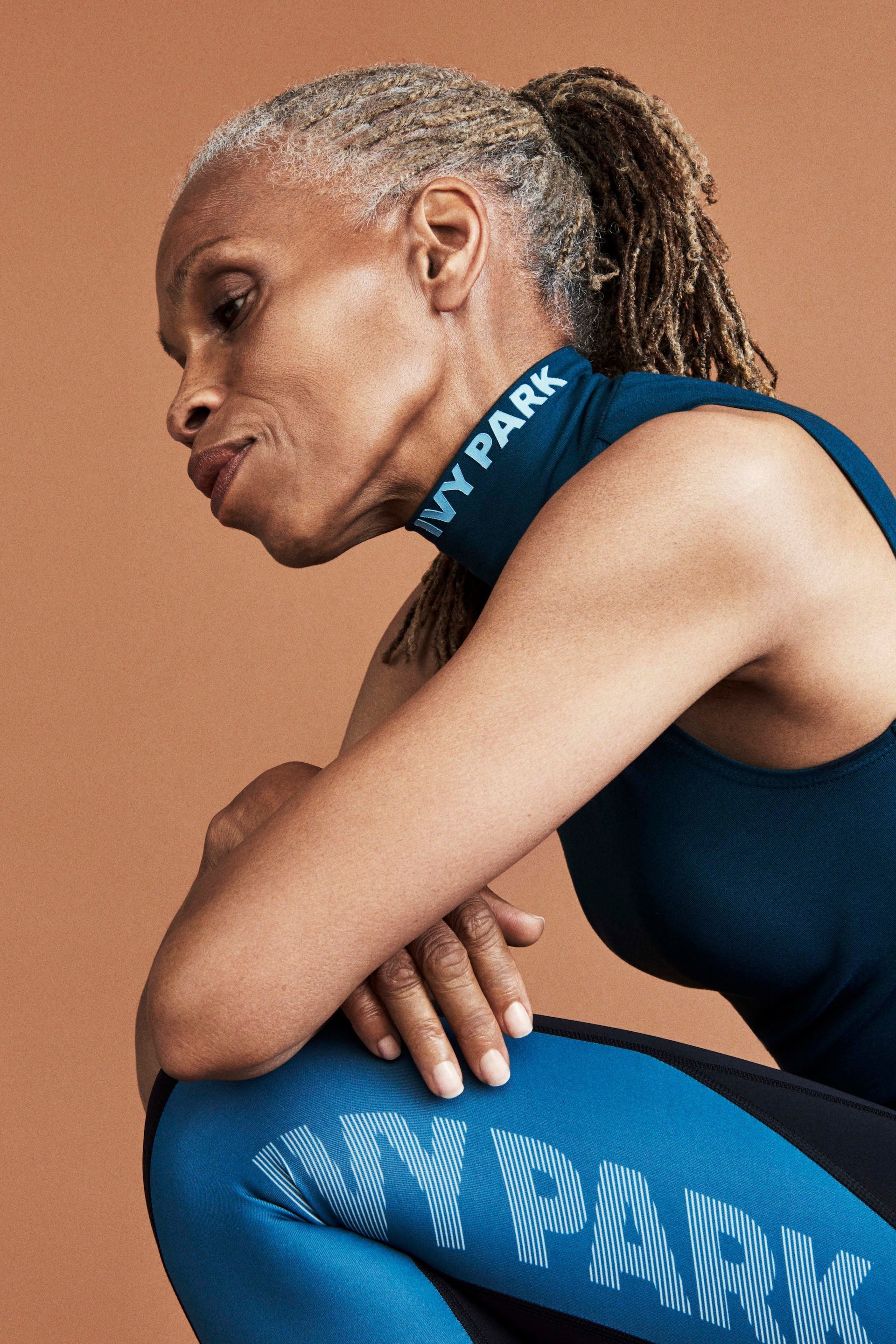 ESSENCE spoke with the muse about being one of the faces of the “Strong Beyond Measure” campaign and her influence on the iconic singer.

ESSENCE: How did the partnership with Beyoncé come about?

Well, actually I had done two projects previously for Beyoncé. One was a Japanese television, and so they kept my profile. For the Grammy awards she recreated part of the Lemonade videos, so I was asked to be a part of that as well. And then for the Grammy’s, the Lemonade video, you know, she uses women of all ages and so she recreated that for the Grammy’s and so they called me in to represent my age group. It was dance, it was movement, and then for Ivy Park again, they called me to represent my age group.

ESSENCE: How does it feel to be a part of the Ivy Park campaign?

The thing I love about the campaign is wasn’t just a photo video shoot, but it allowed each artist to really express their truth, and talk about what they were about, as opposed to just wearing the clothes. I think that’s very provocative and very innovative and I think that everyone who has participated feels a different kind of empowerment from being actually a part of the brand.

ESSENCE: Do you feel particularly proud of being involved in it as a woman of a certain age?

I absolutely do. I feel like my age group is still in the prime of our lives, we have a lot to say and a lot to offer. I think by her including every age group there’s a sense of empowerment and I think there’ll be a sense of loyalty to the line knowing that someone specifically thought about you when designing something, which is really great.

ESSENCE: At 64-years-old, you’re still teaching, dancing and choreographing. What does your dancing schedule consist of?

I teach at a couple of Universities here in Los Angeles. I also am the director of the Debbie Allen Dance Academy. I teach every day all day long, seven days a week. I also choreograph; I do concert work and commercial work as a choreographer. I get to inspire a lot of different young artists, but I also get to teach dancers who are also older. Just because you’re older, doesn’t mean you stop doing what you love.

ESSENCE: This campaign is going to make a big splash. Beyoncé doesn’t do anything that doesn’t.

She sets a very high standard, and never falls below that, so it’s great.