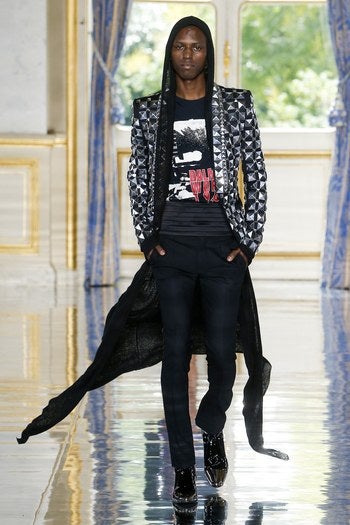 “If you’re thinkin’ about my baby, it don’t matter if you’re black or white!”

As a fitting tribute on the anniversary of Jackson’s death, Balmain’s creative director, Olivier Rousteing, channeled the King of Pop with a collection that included black leather loafers and white tube socks, intricately detailed leather jackets (a la Jackson’s “Thriller” and “Beat It” videos), and a runway soundtrack that delivered some of Jackson’s most beloved tunes.

The above mentioned lyrics also played a part in Rousteing’s designing of the collection — he’s a Black designer who was raised by white adoptive parents in France. In addition, the 32-year-old designer is vocal about his opinions on Black Lives Matter and diversity (in fashion and beyond). Rousteing has been known to make fashion statements and we recently witnessed this via his exclusive designs for Beyoncé during her Coachella wardrobe that honored HBCU’s and the Black homecoming experience.

As a 80s baby, Rousteing would inevitably witness, feel and reinterpret the significance of Jackson’s contributions to the world (both musically and aesthetically), and that effect was on full display at his runway presentation. Pay close attention to the Balmain “Bad” t-shirt that mimics Jackson’s eponymous script font.

These designs are sure to be a big hit at retail. Take a look! 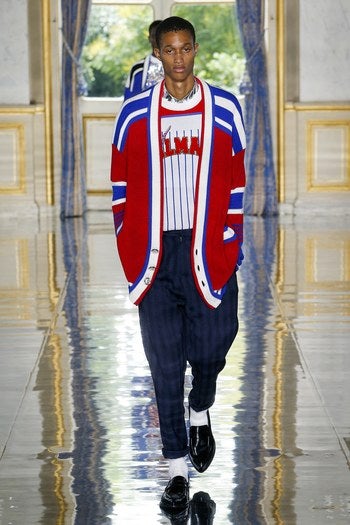 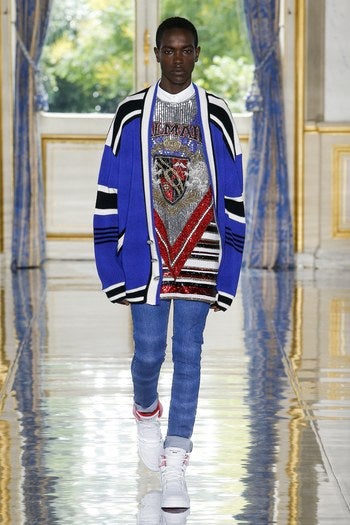 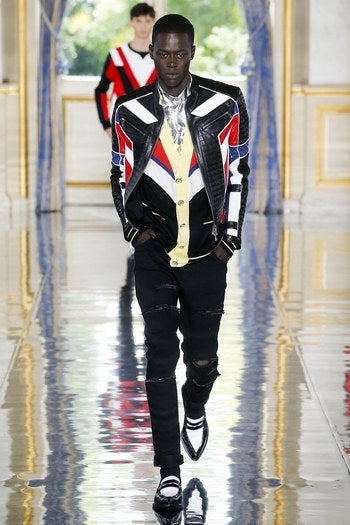 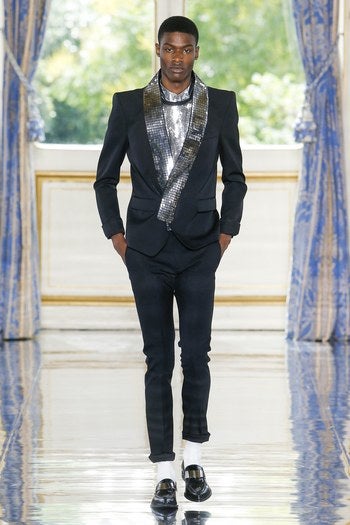 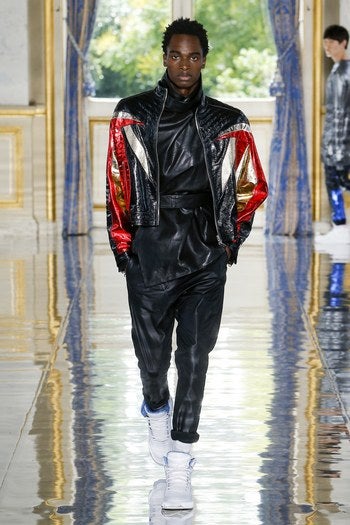 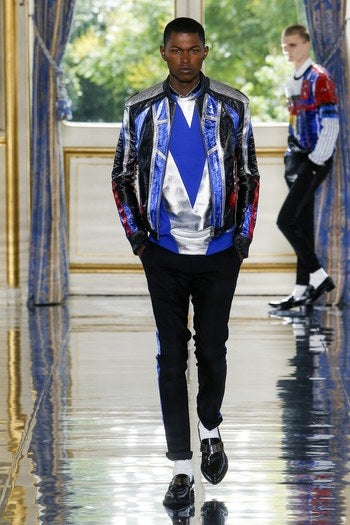