By Britni Danielle · Updated October 23, 2020
The Writers Room is a series that highlights women writers in television and film, who are making waves and creating projects that are built on inclusivity and visibility. Kay Oyegun did not plan on becoming a writer. When she entered the University of Pittsburgh, the Nigerian-American scribe was set on pursuing a career in medicine. However, things didn’t quite go according to plan. “That was quickly shut down by my grades,” Oyegun, now a writer on NBC’s hit drama, This Is Us, tells ESSENCE. That’s when Oyegun turned to writing. But in order to justify her choice to her skeptical parents, she decided to choose a career where she’d be able to develop her writing skills on a daily basis. She became a journalist.

#ThisIsUs Writers Room grateful for the full season pick up. Excited to share these stories. Tuesdays on NBC @ 10PM! pic.twitter.com/W1cilwrnaV

After landing a job at NBC Nightly News right after graduation, Oyegun did stints at the Today Show, ABC News and the BBC. But all the while, she held on tightly to her dream of telling fictionalized stories, drawing on her own personal experiences like her brother being incarcerated in a Florida prison. “I was writing on the side — a bunch of really bad stuff, then a bunch of moderately good stuff, before they became actually cogent and good enough to be read,” she said. ESSENCE caught up with Oyegun recently to discuss her journey inside some of Hollywood’s most coveted writers rooms, on some of TV’s biggest shows. ESSENCE: Your first TV writing credit was Queen Sugar. What was it like being in that writers room? I imagine it was particularly diverse, just given Ava DuVernay’s philosophy on inclusivity. Kay Oyegun: It was unbelievable. The team that Ava put together was just so incredibly supportive, and smart, and capable, and very much a family. [Ava] takes a chance on people, and then also wants to cultivate, and also wants to sort of nurture, and mentor, and watch people grow. For me, as a Nigerian immigrant who grew up in Nigeria and America, I think for me so much — and I talk about this quite openly — so much of my experience with Black culture and the issues of Black America has been academically, in an odd way.

@QueenSugarOWN I love these brilliant women. So proud to be a part of this insanely phenomenal show! @AVAETC @Oprah pic.twitter.com/7D7CnKeBGK

So for me being in the Queen Sugar space, it allowed me to work through a lot of those dual identities as I was experiencing the world. Like, my brother was in prison for a long time here in the state of Florida, and I come from a very independent matriarchal household, and have had a very interesting relationship with my father. So much of my growing up both in Nigeria and in America were things I could bring to the table. I no longer felt this sense of otherness that I had felt for so many years. You know like, ‘Oh I’m not American enough, I’m Nigerian,’ but it’s like, no these are just sort of human stories that are connecting people together. That was something that I personally took away from that experience. 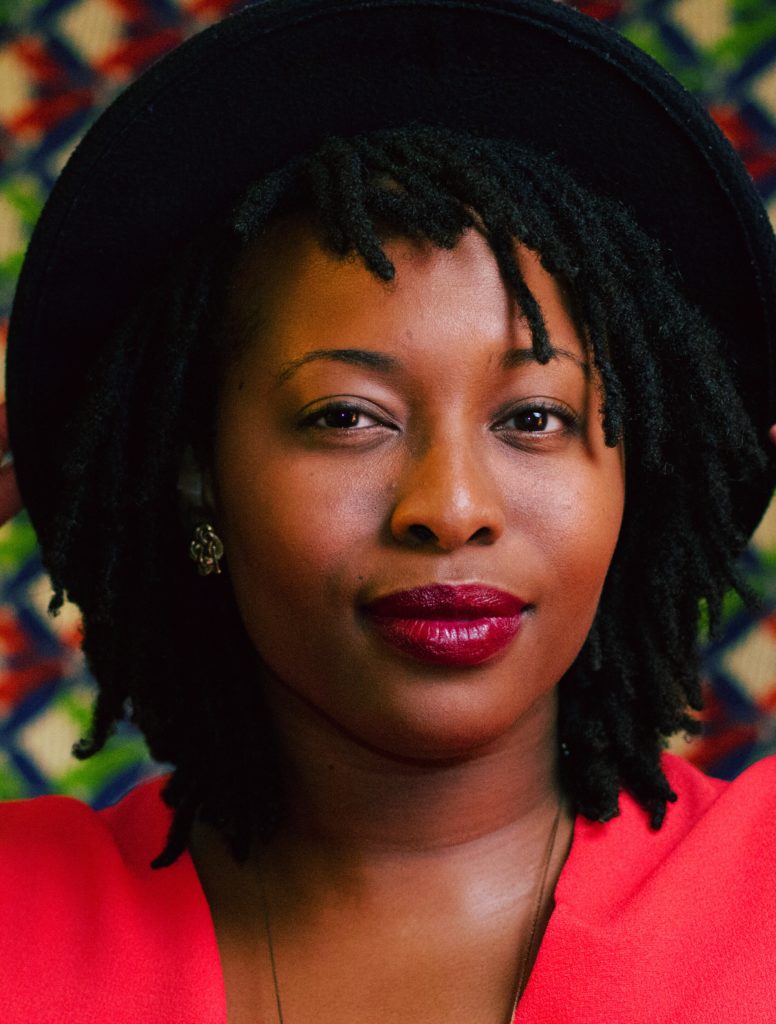 You went from Queen Sugar to This Is Us. So what is the writers room like at This Is Us? We bring stories very similarly…We’re also a show about moments and about interactions. We’re big on conversation. We have a narrative structure that we follow through, but it really is about truth behind what people do, the small moments that could feel mundane, but carry a lot of weight. We played with the family structure and the idea of memory. We played with legacy and what that means and how these things that affect you as a child take on a life of their own as you get older.

For me that’s something that has been a resonating factor in my life throughout and it’s something that I get to explore more in this room. Everyone is just so incredibly open and smart and kind and thoughtful and collaborative. There’s no egos. There are truly are no egos. What has been the best advice or lesson you’ve learned in the writers room? We’re all learning. Even the people at the top, they’re still learning. None of this is perfect science. We work in such a subjective field. What I’ve realized and what I’ve seen is that if you believe in something, if your heart is in something…no matter what the reaction is, no matter what the reception is, you can stand by that.

Understand and have a sense of humility about the process. Don’t believe the hype, and then also give it up for people who are doing it, honestly. Also, support people who want to do it. Writing is writing is writing. The minute somebody explains to you how [to] structure [a story], everybody’s a storyteller. The difference between somebody that’s aspiring to be a writer and somebody’s who’s actually writing is just the fundamentals and the desire to do it. What kind of advice would you give, especially to Black women writers, who want to get into this field? Collaborate with each other. That’s the old adage: Network horizontally rather than vertically because you would be stunned what kind of power you have at your disposal. I remember there was a group of us Black women writers in this business, we had this weekend away at Joshua Tree a couple of months ago, and we all posted pictures about it. I was getting so many emails from Black women, who are working on getting into the business. They were basically like, ‘Oh my God, one day I’m gonna be there.’

Feeling renewed, rejuvenated and extremely grateful (alliteration be damned) for time spent with my sister scribes. I love these brilliant, brave and badass women. #BlackWomenWriters pic.twitter.com/30EStfdnZL

And truthfully, I said, ‘There’s no there to be. You can do that now.’ People’s perception of where there is, is so different from what reality actually is. And especially Black women writers: You have everything you need right now. That’s the biggest thing. And that’s the joke right there, right? The idea that you have to get to a certain place before you can do dot, dot, dot. You have everything you need. You started college, focusing on medicine. But when did you realize that your voice was something special and important, and you wanted to honor it by being a writer? I can truthfully tell you that I’m still working on that, and that’s the funny thing. Whenever people are like, ‘Oh, I want to sit down with her and pick her brain,’ they always walk away from it being like, ‘This regular a** girl writing.’ I like to always be the first one to apologize and be like, ‘I don’t know, you asked.’

Happy birthday to THIS beauty right here! We dun been thru like a car wash, but we still standing like Antwone Fisher! I am so PROUD to know her and watch God fulfill his plans for her life in AMAZING ways that keep us yelling in grocery store parking lots, after-hours! #KayOyegun get READY for the BEST that is truly yet to come! Happy birthday mama! #NaijaNoDeyCarryLast #FirstGenFam #ALLtheWayUp! 🇳🇬❤️😘💯👌🏽🙌🏾

That’s why I like the idea that were all learning. I had a showrunner-boss of mine send me a pilot to give her notes on, and I read it, I thought it was fantastic, and I gave her pages and pages of notes because no matter where you are, we’re in a creative field and its so subjective. It’s all so subjective and it’s also personal. I’m coming to the stage where there’s certain stories I want to tell, and so there’s certain things that I’m now incredibly passionate about that I want to push up the mountain, and I’m ready to stand in front of a train and say, ‘Okay, alright, let’s do this.”
TOPICS:  Kay Oyegun The Writers Room This Is Us