The Writers Room is a series that highlights writers in television and film, who are making waves and creating projects that are built on inclusivity and visibility.

Behind every phenomenon is usually a Black women — or two. And that’s exactly the power behind the new for-us-by-us late night series, Desus & Mero.

When Daniel Baker and Joel Martinez announced they’d be taking their brash brand of comedy to late-night — their series marking a first for the Showtime network — their fans rejoiced. The two are connoisseurs at blending news, whether it broke on The Shade Room or People magazine, and interviewing everyone from political breakout star Alexandria Ocasio-Cortez, who was the show’s first guest, to Vince Staples.

In this weekly iteration of Desus & Mero, the show that originated as a daily series on Viceland, the two go there — I mean, they even craft a song about…well, you have to watch it for yourself. (It’s NSFW!)

And writers Ziwe Fumudoh and Heben Nigatu are helping Baker and Martinez develop fresh content meant to make you gasp and even blush.

“Honestly, it feels low pressure, because the guys are just so funny. It feels like everything we do is just the icing on the cake,” Nigatu told ESSENCE ahead of the show’s premiere.

In this latest installment of The Writers Room, ESSENCE spoke with Nigatu and Fumudoh about the inaugural season of Desus & Mero, which airs Thursday nights on Showtime, how to get over imposter syndrome as a Black TV writer and how their backgrounds have allowed them to bring the Diaspora into every room they’ve touched. 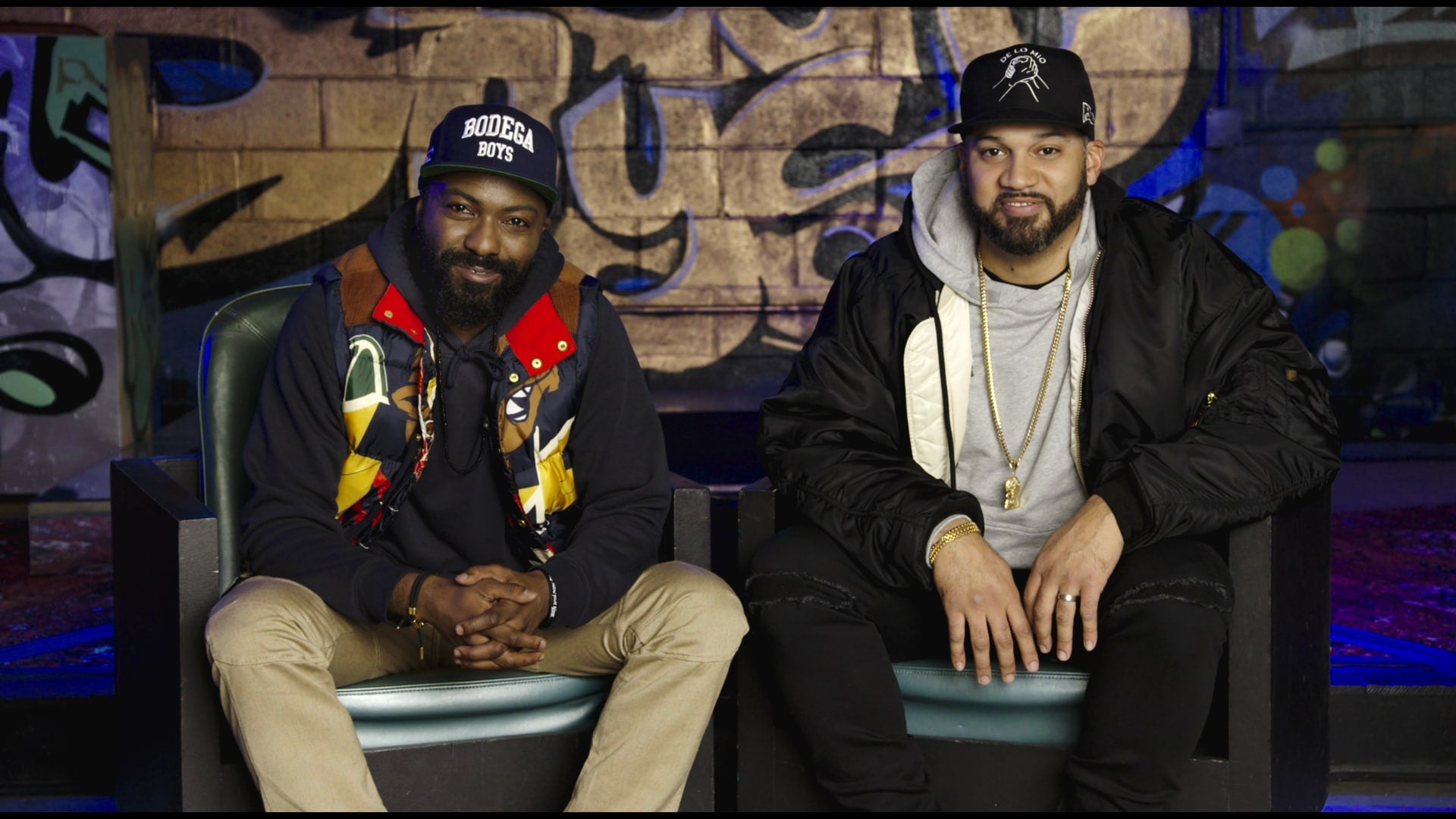 ESSENCE: Was there a moment when you knew that you were a writer?

Ziwe Fumudoh: That’s a really hard question. I’ve always been a writer. I used to write fan fiction watching Sailor Moon as a 5-year-old and I would write…that Sailor Moon kissed Darien [Shields], and then I would erase it so my parents didn’t think I was a bad kid. And I would let them read it. I’d make them read it. So I’ve been writing forever, and incredibly bad stuff most of the time. But…since I’ve been writing for so long, I’ve really been able to sharpen my craft.

Where do you draw your inspiration from?

Heben Nigatu: I try to be curious about the world, and lead with that; and also lead with compassion. So I feel that’s where a lot of my interests in comedy come from. From both like an understanding of the absurdities of life, and a sympathy for those dealing with that, including myself. And a desire to make something out of that, that is not the bullsh-t that it is, but turn it into something whether it’s laughter, or making you think about something in a different way. That’s kind of the heart of the things that I do.

So excited to be a staff writer on desus & mero!!!!

Do you feel that writing is your calling, or is it something that you’re just super good at so you started to flow in that gift?

Fumudoh: Comedy’s honestly my calling. I express comedy in writing. I express it in improvising and performing and talking and reading jokes out loud. I just live and breathe comedy, and that comes out of my writing. It’s like a reflection of self for sure. Writing is so innate. It’s not this special process that’s so separate from me. It makes me whole.

I always ask people what’s their mission statement when it comes to what they’re creating. So, for you, what is it that you bring to the writers room?

Nigatu: As an immigrant — I grew up in Ethiopia and I moved to America when I was young — that really has informed my worldview. Just seeing the dramatic life differences at the age of 5 really informs how you see the world. And I feel like that…is something you feel automatically when we’re in the room talking about stories. That perspective is with me.

While we were in NOLA, we took a buncha photos at the lush @oej_nola venue where we did our live show. Ever since, I can't stop daydreaming about owning a bar and poisoning every single man who enters a la Beyoncé & Gaga in the Telephone video 😈🔪🔪🔪 (📸: @btarnowski)

Fumudoh:  I think the visibility and letting Black women, Black people, all people know that they’re seen. That’s the most important thing that I can do with comedy is like…Yeah, there aren’t many women that look like me and Heben in writers rooms across the country, and so being here allows me to give access to that identity and represent well. Honestly, at the end of the day, I’m just making funny comedy, and that’s the most important thing.

There’s not a lot of Black women in writers rooms in general, but definitely not late nights. Is that a concern of yours?

Nigatu:  Oh, yeah. It’s just wild, because all of the Black women I know are funny as f-ck, and if I’m looking around the room and it’s all white dudes, it ain’t adding up. Yeah. It’s wild…That’s also honestly a part of why I am hesitant to [or] why I feel the need to describe a little more of what the phrase “writer” means, or “comedy writer” or “late night writer”. I feel like that’s a title that only white men have, so when I say that to people…it doesn’t compute.

Impostor syndrome will pass. Because you will be doing the work, and I guarantee you there are real impostors at your job, and it’s not you.

What’s one piece of advice all Black writers should know?

Fumudoh: You have to be able to write bad things to be able to write good things. It’s part of the learning process…The most annoying advice you get as a young writer is to write a lot, and you’re like, ‘Oh my goodness.’ But honestly, you have to write a lot…in order to finally find your voice and finally find what is funny to you and what could be funny to others. But if you’re not spending that time and that work with yourself writing, it’s really hard to just jump in there. I couldn’t personally do it. I write a lot. I write every day. And it doesn’t have to be so sound. Toni Morrison says when she can’t write, she works. And what she means by that is…she’s working on refining the semantics of everything and just getting into the weeds of writing.

Nigatu: Impostor syndrome will pass. Because you will be doing the work, and I guarantee you there are real impostors at your job, and it’s not you. Get in the room somehow. And obviously, that’s not always up to your control, but the part that you can control? Work on your packets, work on your drills, work on whatever you need to work on. Do the work, and then don’t worry about will you fit in? Are you qualified to be here? Are you more qualified or better qualified than the person next to you? It will go away, because you will see that you are not an impostor, or you will see another imposter and be like, ‘I’m not that bad.’

These interviews were conducted separately, and were edited for clarity.