Legendary MC Talib Kweli is probably best known for his intellectual rhymes, notable collaborations, and a raw approach to activism, but on Thursday night, Brooklyn’s own tapped into a softer side, performing a slew of hits for a room full of lovers.

Talib Kweli: A Love Note To Brooklyn wasn’t simply for those coupled up— although there was plenty of love to go around in BRIC’s intimate theatre — it also spoke to the ones who love hip hop, have a deep appreciation for the music that defined the culture of the late ’90s and early 2000’s, and of course, have a profound respect for the city that gave us the likes of Kweli, Mos Def, Little Kim, Notorious B.I.G. and Jay-Z. 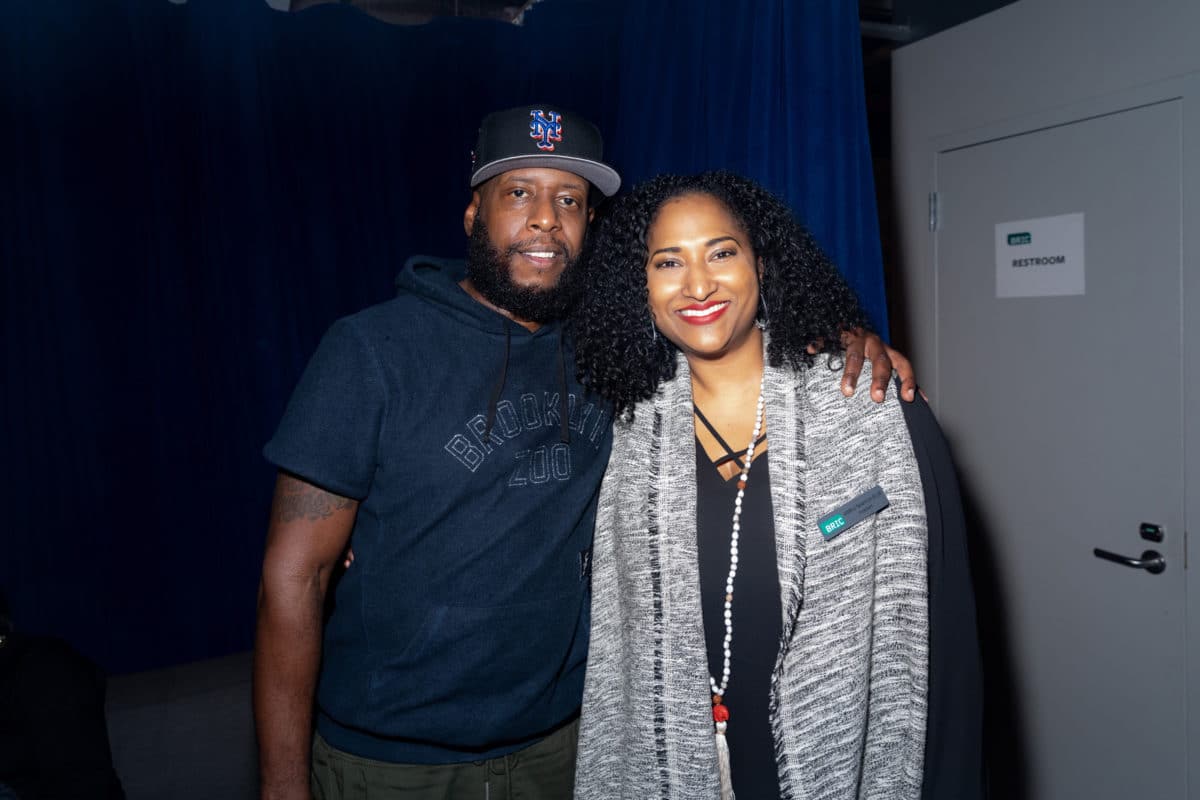 Beyond spitting some of his most popular verses —from Black Star’s “Definition” to “Just to Get By” to his standout lyrics on Kanye West’s “Get ‘Em High” — Kweli also took a few moments to speak on some of the things he holds dear to his heart: his beloved hometown and, not surprising if you follow his Twitter, fighting white supremacy.

“We’re living in a time where fascism is becoming popular,” the politically-astute artist proclaimed in between doling out high-energy tracks. “People are using their entitlement and their privilege and their access to free speech —which is a beautiful thing —to defend fascism… But your freedom of speech is not under any type of threat in America.”

Speaking on bigots, racists, and those who defend them, he continued, “They want unfettered, unchecked free speech. They want to be able to say whatever they want without consequence. But freedom of speech is not freedom from consequence.”

Last night at @bricbrooklyn was incredible. Thank you Brooklyn. I love you too.

While hip hop has always been used as a vehicle to amplify issues of injustice, lyricists like Kweli have taken the craft a step further by using their platform and artistry to propel their activism. After a “Free 21 Savage” moment, Kweli reminded a diverse, sold-out crowd that everyday Brooklynites are immigrants much like the 26-year-old “Bank Account” rapper.

“I was the only African-American on my block in Flatbush. That’s a real story,” Kweli joked about his upbringing in Kings County. “In Crown Heights, I was the only one. My family moved to Avenue K and East 48th Street In 1986. We moved there, there was a Puerto Rican family next door, a family from Barbados across the street, and everyone else was Irish and Italian. Three years later all the white people were gone. Nothing but Jamaicans and Haitians. That’s it.”

In a rapidly-changing Brooklyn, the light-hearted reminder of the way things were, further solidified the nostalgic mood that maintained throughout the night. In addition to performing some of his most treasured tracks, guests also got to witness Kweli rap over The Jackson Five’s “I Want You Back,” pay respect to Caribbean influences like Sister Nancy, and remember musical greats like J. Dilla. 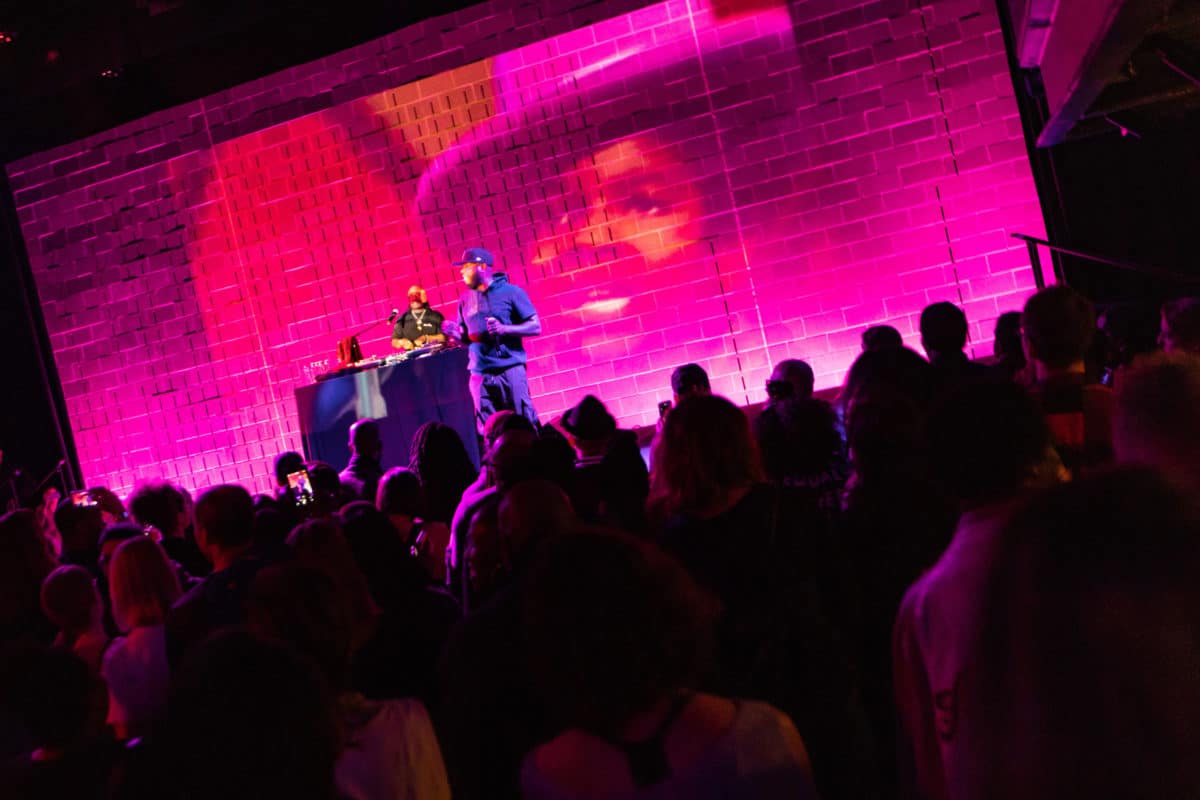 Whether you were in love with the person next to you, or simply with the music, Kweli ended Valentine’s Day the Brooklyn way — spreading love and sharing hip hop from the heart.

If you’re in the NYC area, join BRIC at their next concert taking place on Thursday as part of their BRIC House Sessions, happening weekly through April.