By Britni Danielle · Updated October 23, 2020
Congrats are officially in order for Real Housewives of Atlanta star Porsha Williams and her boyfriend, Dennis McKinley. A rep for the reality star told ESSENCE that the rumors that she’s pregnant with her first child are true. “She is expecting,” the rep added. Rumors started swirling over the weekend after celebrity news blog The Jasmine Brand reported that Williams could be making a pregnancy announcement “as early as next week” about this life-altering change.

🎉Screaming Happy Birthday to my love #DM❤️ Let’s make it last foreverrrr.🎼 Yes we have a secret handshake lol he matches my goofy swagg😆 #Swipe

After going public about her relationship with McKinley this summer, Williams has been very open about her love for the 37-year-old entrepreneur. When McKinley celebrated his birthday back in July, Williams jokingly wrote on Instagram, “Let’s make it last foreverrrr.” And the couple just might do it. Williams and McKinley were spotted in New York, apparently shopping for rings. And fans may see Williams find out she’s pregnant on the next season of RHOA as Williams and her castmates have already begun filming the next season of the hit Bravo reality series, which will premiere later this year. 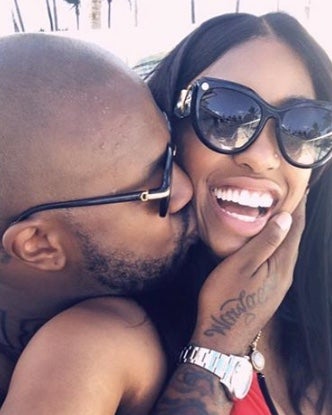 Since joining the Real Housewives cast, Williams has admittedly had “baby fever.” But last November she told People that she’s no longer in a rush to be a mom. “Every time I’m around my niece, she gives me baby fever. But that’s the thing about baby fever. You have it, and then you get well again,” Williams said. “I’m okay right now. I’m not going to have a baby until I’ve found that right guy. And I’m sure once I find him, that’ll be one of the first things we do.” It’s clear that McKinley is the one. Congrats you two!