By Britni Danielle · Updated October 23, 2020
As Hollywood prepares for its biggest night, the Academy of Motion Picture Arts and Sciences just announced the first round of presenters for the Oscars later this month. Legendary comedian Whoopi Goldberg, Tessa Thompson and Maya Rudolph will hit the stage to hand out awards at this year’s ceremony. Also, ESSENCE’s February cover star and Black Woman In Hollywood honoree Amandla Stenberg will also take the stage to present. The Academy has also tapped Crazy Rich Asians stars Constance Wu and Awkwafina; comedians Tina Fey and Amy Poehler; as well as Brie Larson, Jennifer Lopez, and Daniel Craig to do the honors. 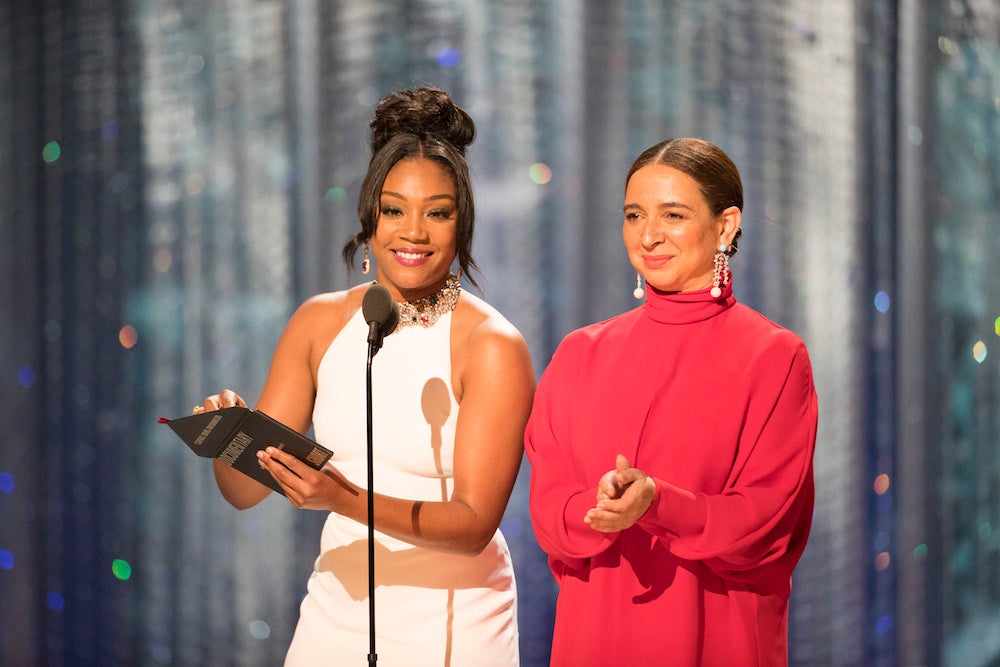 The list of presenters comes after Kevin Hart bowed out of hosting this year’s show due to being called out for past homophobic jokes — so this year’s awards will continue without a singular person leading the charge. Still, Oscar producers are hoping that by having several stars hit the stage, they’ll keep things fresh for the viewing audience. “This is an important moment in Oscar history,” Academy CEO Dawn Hudson said in a statement. “This year’s show maintains Oscar traditions, and is also evolving to reflect our global audience.” This year’s Academy Awards telecast will be full of diversity, especially with Black Panther up for three nominations, and Regina King leading the pack for the Best Supporting Actress trophy for her masterful work in If Beale Street Could Talk. The Oscars will air on Sunday, February 24 on ABC at 8 p.m. ET.