Oprah Winfrey is shedding light on the detrimental after effects of mass incarceration on Black families through a new OWN TV docuseries.

Appropriately titled Released, the series follows six men and women as they complete their prison sentences and chronicles the many challenges they face with getting acclimated to life on the outside upon release. The show is executive produced by Oprah, alongside Kim Woodard, Greg Henry,  Jarrett Lambo, Jon Sinclair and Keayr Braxton. Former inmate turned author and motivational speaker, Shaka Senghor, also serves as a consulting producer on the project.

While each of those featured in the series were incarcerated for different offenses and even face very different obstacles upon their release, they all share a common thread of wanting to do all that they can to keep from ending up behind bars again. The first episode of the series was premeired during the Tribeca TV Festival in New York on Friday and included several thought-provoking scenes that humanized the experiences of the cast for viewers.

The episode saw one former prisoner become emotional while dealing with the overwhelming reality of being unfamiliar with the snack selection at an airport newsstand after 20 years behind bars, while another man struggled to repair a broken relationship with his now-adult daughter who resents him because of the way the crime he committed affected her mother.

One of the most unique storylines of the series sees a woman in her 60s return home to find unexpected challenges with resuming the role of raising her special needs son, who had been under the care of her sister while she was incarcerated. 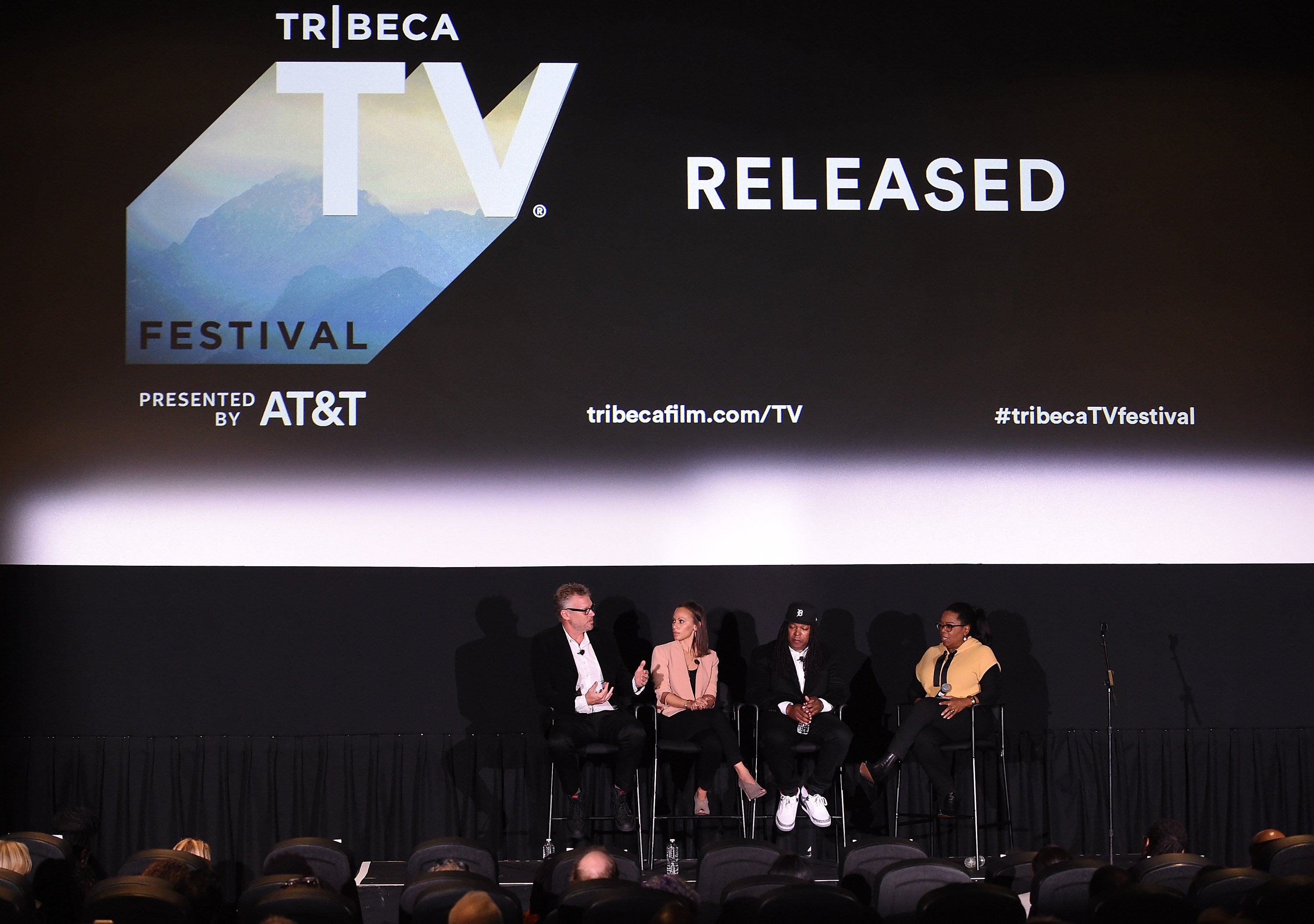 Senghor joined Oprah and several other production team members for an intimate panel discussion on the series following a premiere, where they engaged the audience in dialogue about the lack of resources for former prisoners once released, the often overlooked backstories that landed them in prison and why redemption is a prevalent theme throughout the show.

“Every person on the show had a moment that changed their lives and eventually led them to where they ended up,” Oprah told the audience. At the start of the chat, the media mogul shared that her desire to see the docuseries brought to life was sparked after she read Senghor’s book, Writing My Wrongs: Life, Death, and Redemption in An American Prison.

Adding to Oprah’s sentiments, Senghor emphasized their joint belief that, “everybody has the ability retell their story and to be redeemed.”

Released premieres Saturday, September 30, at 10 PM on OWN.