By Britni Danielle · Updated December 6, 2020
DeWanda Wise is back for another season of Spike Lee’s groundbreaking Netflix series, She’s Gotta Have It, and this time her character will need to figure out who she really wants to be. ESSENCE got its hands on exclusive images from season 2, and if pictures say a thousand words it looks like Nola Darling, played by Wise, is still trying to  balance her life as an artist with her ever-rotating roster of lovers. Based on Lee’s 1986 joint of the same name, the first season ended the same way as Lee’s groundbreaking film — with a tense Thanksgiving feast with Nola and her paramours. Netflix promises that season two will offer “a timely and topical portrait of rising talents” with Darling at the center of it all. This season, “Nola must decide if she will remain true to her creative ideals or give in to the corporate world. Her journey of self-discovery helps transform the lives of those around her.” 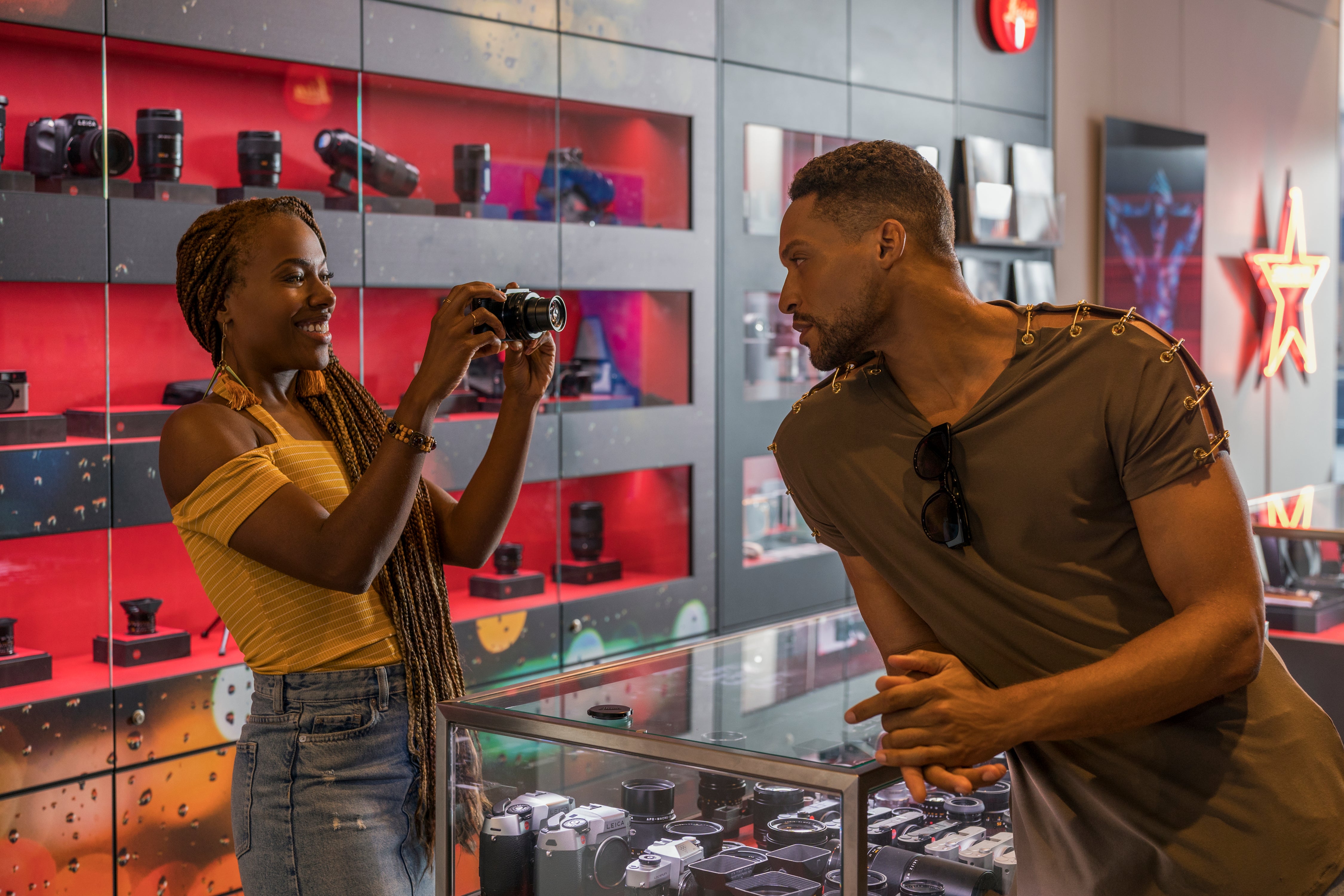 Wise exclusively tells ESSENCE that this season will definitely heat up. “I’m thrilled for you to get to know Nola Darling all over again,” the actress said in a statement. “Spike, Tonya [Lewis Lee], our writers, cast, and crew traveled near and far to bring you something very special. Summer summer summer tiiiiiime!” Though the film and season one were both set in Lee’s hometown of Fort Greene, Brooklyn, this season Darling and her crew will head beyond the borders of her beloved borough. We can’t wait to see where!