By Joi-Marie McKenzie · Updated October 23, 2020
Nestled inside the northwestern part of The Valley is Eric Bellinger’s house, completely fitted for creatives. The home — located in Chatsworth, California just miles away from Iverson Movie Ranch, a 500-acre lot that’s earned the prestige of being the most filmed ranch in history — has a country vibe. Even if it is just 30 minutes outside of Los Angeles. Down a set of stairs is blue uplighting and lasers, transforming the space to something out of this world. It’s fitting for the R&B singer and songwriter, who’s currently sporting teal hair. When you step into each room inside the Grammy Award winner’s creative launchpad, you’ll find that it’s been turned into recording studios. While one room is all white, another is what Bellinger described as a “wave cave.” There’s also “the tree house,” while yet a different allows you to play virtual reality games. 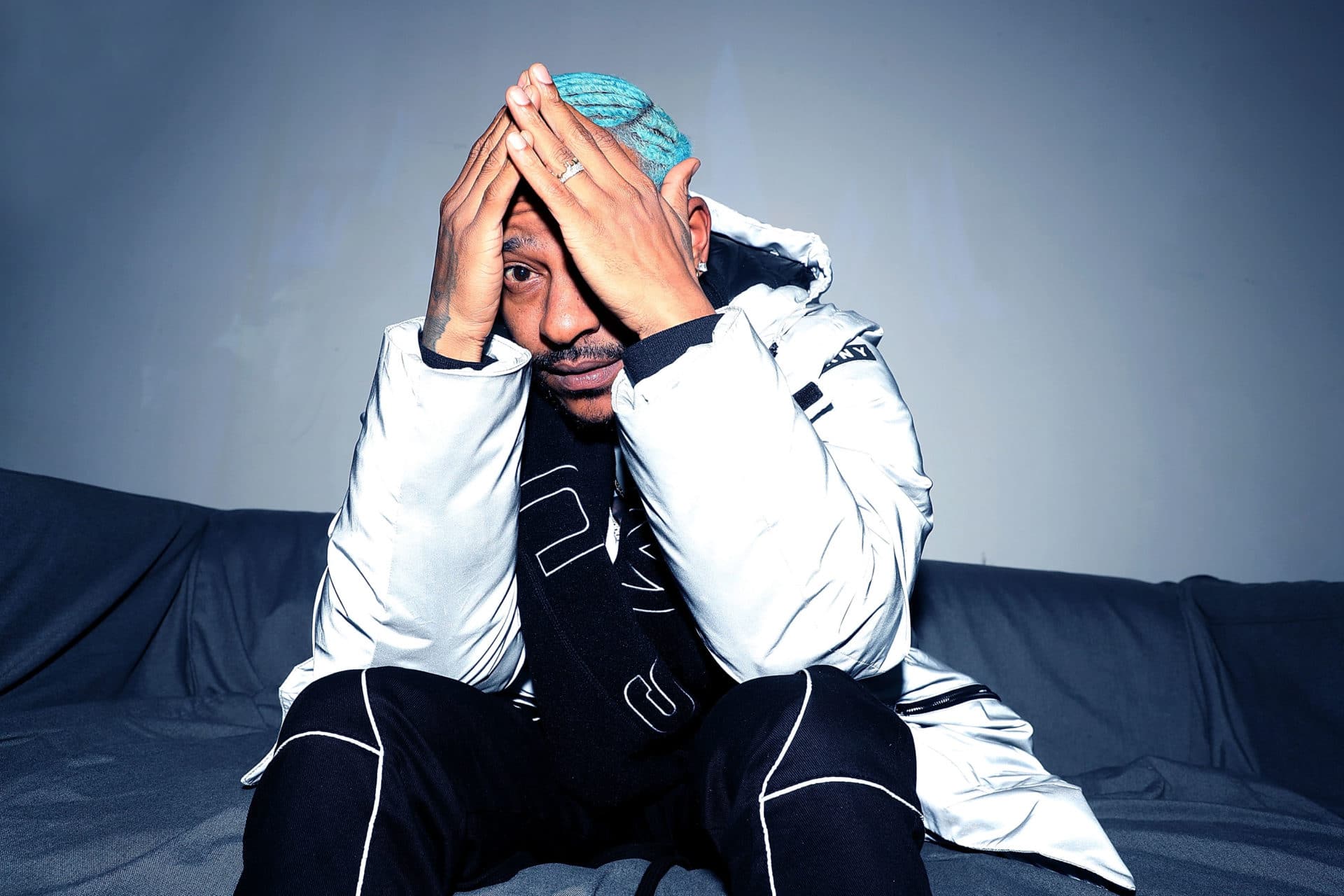 Bellinger loves VR so much so it’s the theme of his new double-disc project, The Rebirth 2, boasting more than 30 songs. And while there’s songs that are reminiscent of what Bellinger is known for — club bangers where you can’t help but tap your feet, or at least grab your boo — such as “Drive By” and “Type A Way,” his track with longtime collaborator Chris Brown, there’s also some slower tunes that deserve our attention such as “Lay Up” and “MooD.” Bellinger describes the project as “a future, classic love song” with tons of “just really catchy, catchy, catchy hooks so people can sing along.” While he was crafting his latest project, Bellinger told ESSENCE he sat in his studio, playing virtual reality every day while writing songs. 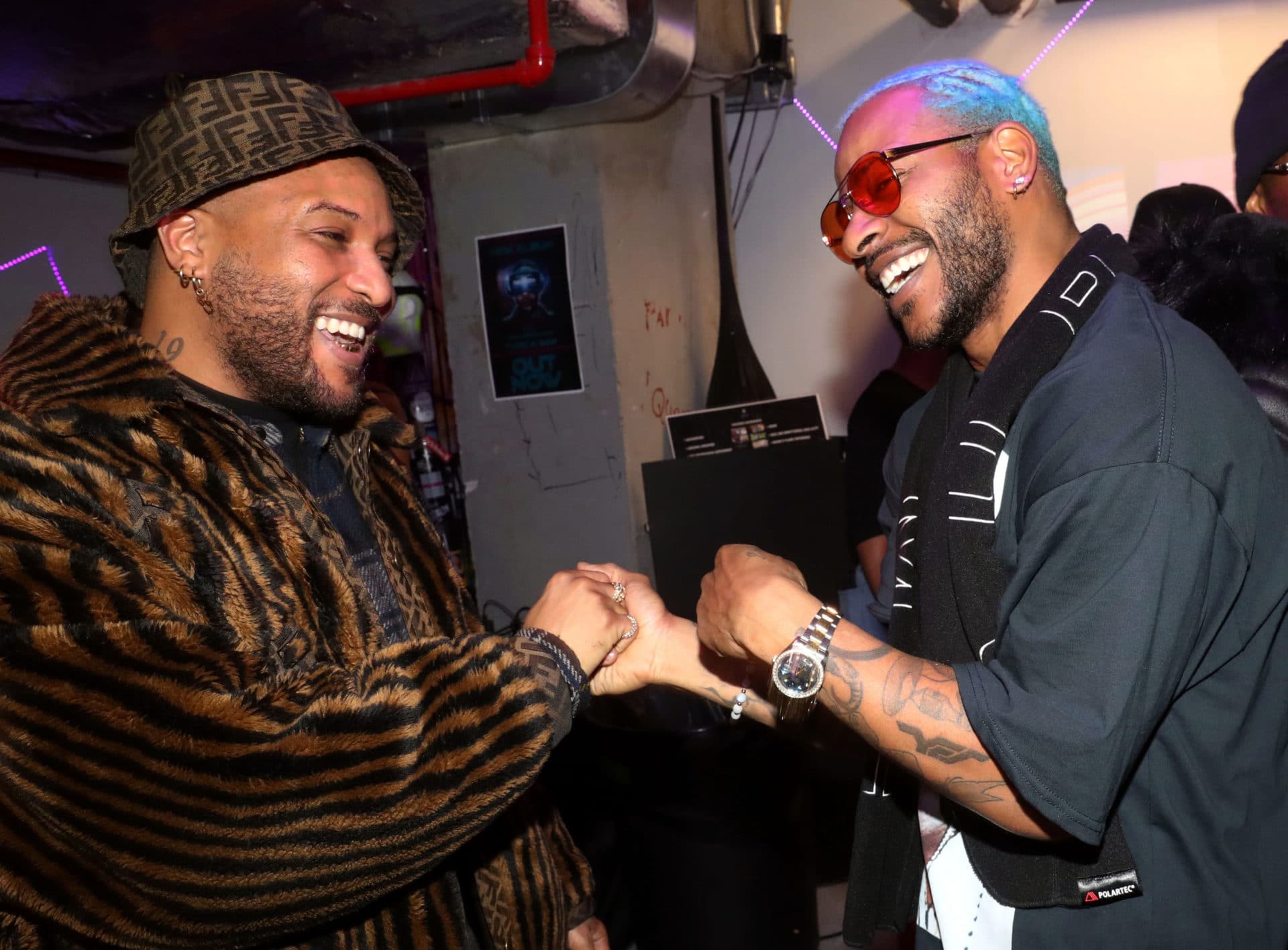 “So, it just became like, ‘What if we make the video like that?’ ‘What if we made these spins like that?’ ‘What if people could play while they were listening to the music?'” the independent artist asked rhetorically, noting that The Rebirth 2 is a physical manifestation of virtual reality — from the artwork, to his videos. Even his merchandise is glow in the dark, he said. “We’d be in there smoking. We’d be in there with really no worries,” Bellinger added, noting that his house gave him and his collaborators the space to create this “real, collective energy.”

Every artist is proud when their latest drops, but for Bellinger, who’s an independent artist, he’s sticking his chest out even more. It makes sense since the now father of two — he and his wife, La’Myia Good, just announced they’re expecting their second child — is footing the bill. He credits his lengthy songwriting career for giving him the ability to live out his virtual dreams. The Compton, California native, who’s been songwriting since 2010, has written for Brown, Usher, Ashanti and even Selena Gomez. And although he has an enviable music catalogue and career, Bellinger told ESSENCE he’s still building. 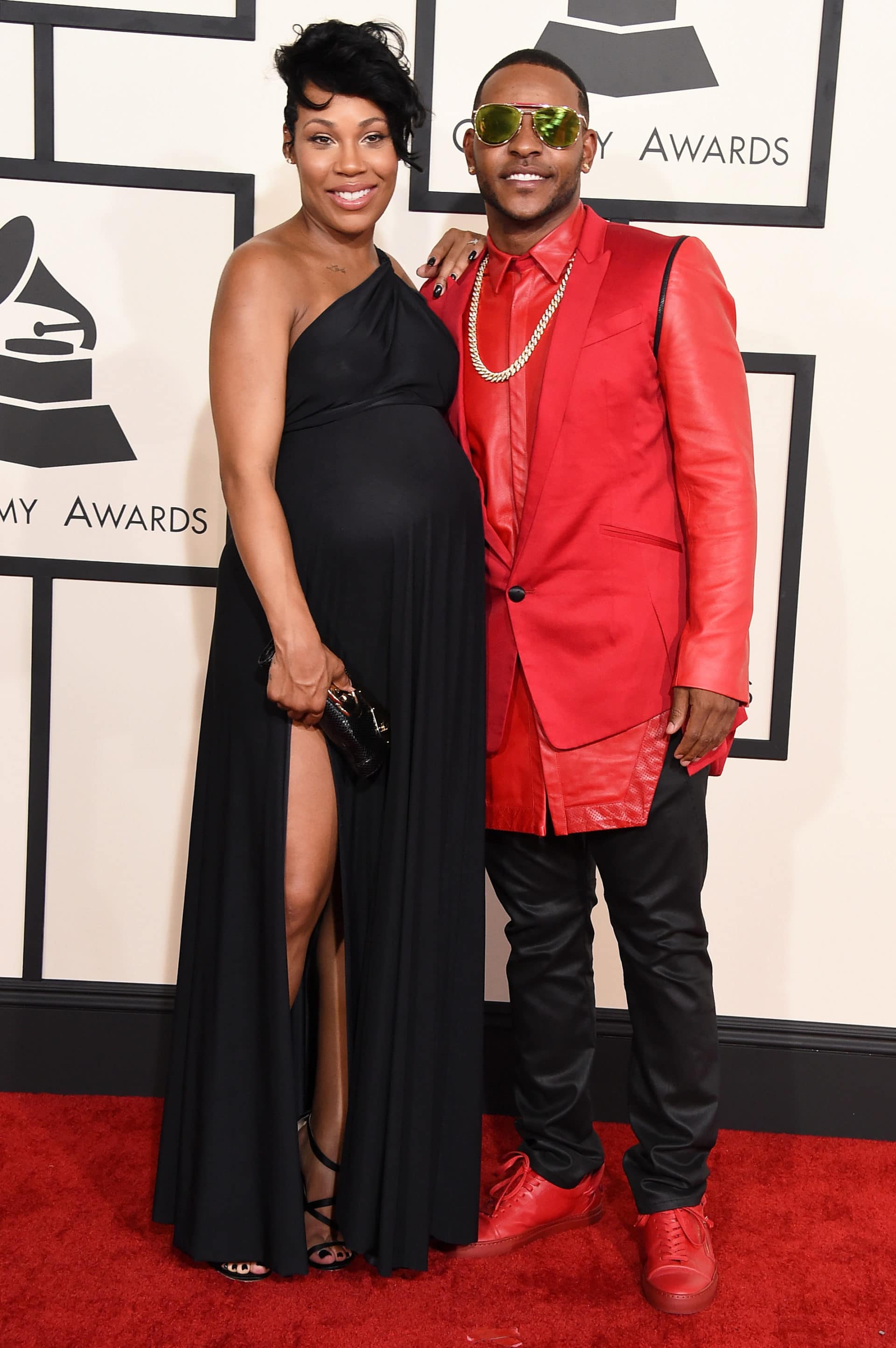 “I’m always ready to be like, ‘Alright, cool, what can we do to take it to the next level?'” he said. For Bellinger, he wants people to not only know his music, but get to know him and his family as well. There’s just one thing he has to do: leave the house. “I be really like in the cut, I really be in the studio, I like being at home, so I think it’s about me actually getting out there and just having some fun,” he explained, “shaking your hand, kissing babies and all those things, just a little bit more.” “So many different opportunities have come just from people being like, ‘Oh hey, E we need to do this’ or ‘We need to do that.’ And I think that’s just as important as creating, making sure you’re a socialite and you’re likable and you’re a joy to be around. I’m just working on that part of it,” Bellinger added.