Annette Brown/BET
By Jennifer Ogunsola · Updated December 6, 2020
Behind every successful creation is a person with a story, and for many reasons, their story often goes untold. If you were born prior to the 90s, most likely when you hear “Sooooouuuuuuul Traaaaain,” it waxes nostalgic, providing you a window into the good ol’ days. Saturday mornings were spent in the living room, in front of the television, singing along to songs that have shaped Black culture and attempting to learn those mesmerizing and revolutionary dance moves that only Soul Train dancers could execute. 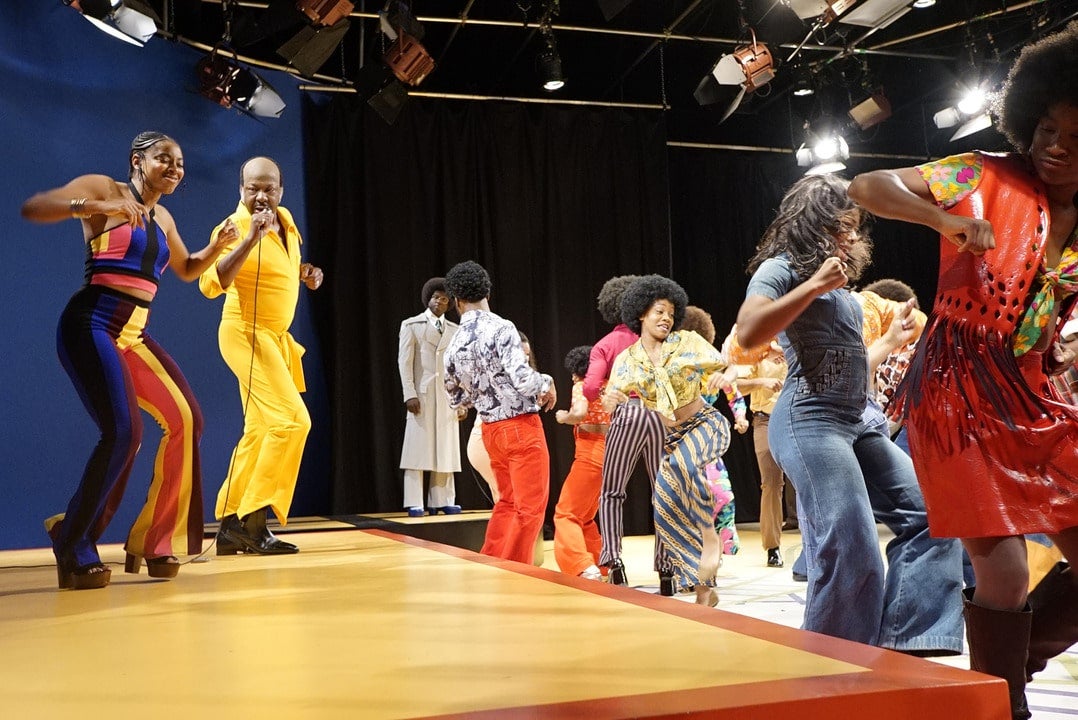 For more than three decades, Soul Train showed the world just what Black culture, music and style was all about. And it was the brainchild of Donald “Don” Cornelius, a 33-year-old radio DJ from Chicago who, in 1971, created something that would go on to become a permanent fixture in the fabric of African-American culture. Determined to share the authentic stories of Black cultural legends, executive producer Jesse Collins (The New Edition Story and The Bobby Brown Story) returns to BET with American Soul, a newly-scripted drama series premiering Tuesday that allows viewers to hop back on the Train. But this time, viewers embark on a journey beyond musical performances and the Soul Train line. “American Soul will give the audience a unique look into the Black experience in the 70’s and the radical impact that ‘Soul Train’ and its display of Black excellence had on Black culture just as it started to influence American pop culture through music and television,” Collins told ESSENCE. 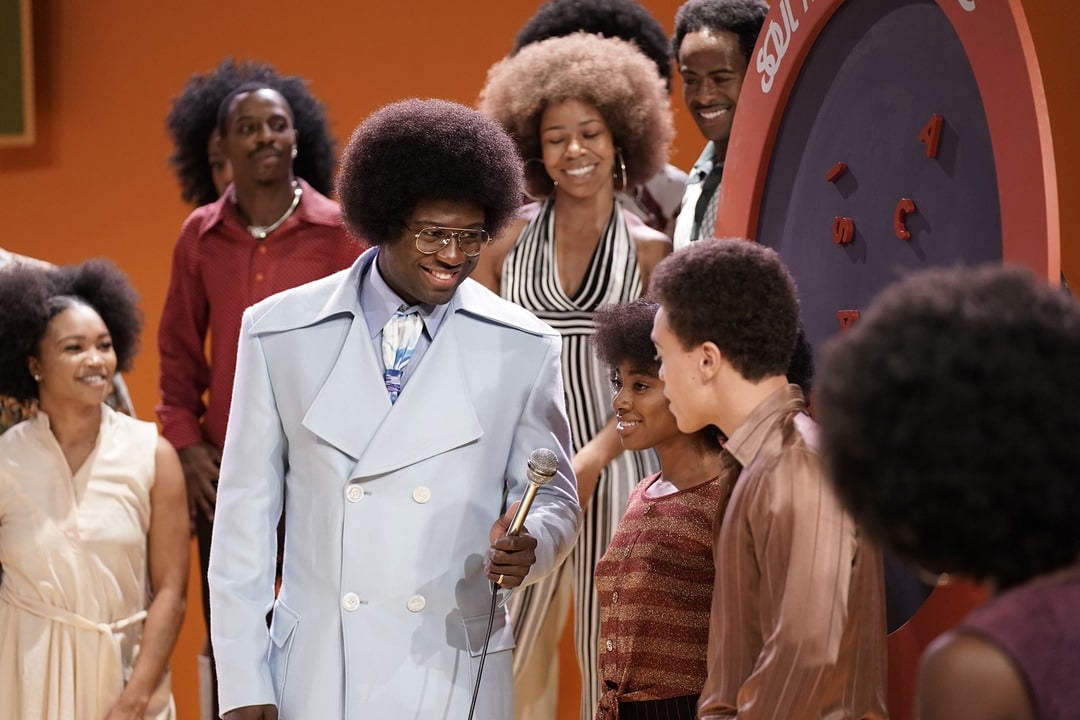 It was around 10 a.m. on a Sunday morning in Atlanta. Last November, everyone from cast members, wardrobe stylists, sound engineers, producers, writers, directors and extras were in a huge open warehouse that BET transformed into set designs truly authentic to period. Once you walked in, it was as if you were placed into a time machine and landed in a moment that defined Black joy, seventies style. The first location stop was the Soul Train studio, which was almost identical to where the televised magic actually happened. You could even spot the legendary scramble board. On the right side of the studio were a few steps that led to the control room where wood paneling covered the walls, a tufted burgundy leather sofa laid against it and the vintage video monitors and control board were the focal point. Set designers went all the way, even filling the retro, amber colored glass ashtray with cigarette butts, despite the “no smoking inside this room” signs on the walls. Looking through the control room’s large glass window, you could see huge neon letters that spelled out two words that encapsulates the soul and essence of Black people—SOUL TRAIN. Robi Reed, Emmy award-winning casting director and BET’s Vice President of Talent and Casting for Original Programming, selected a dynamic ensemble to tell the untold story of Don Cornelius and the rise of Soul Train. You may not recognize all of their names, but after watching the series premiere, you’ll agree.

Walls makes an incredible transformation as the formidable and flawed yet fascinating impresario Don Cornelius.

Sinqua Walls is his name, but you may better recognize the 33-year-old Los Angeles born actor for his role as Shawn, Kanan’s son, on Power. Dressed in a tailored sky blue wide collar, wide label, double breasted suit, wearing gold oversized, circular-framed glasses and crowned by a perfectly blown-out afro, Walls makes an incredible transformation as the formidable and flawed yet fascinating impresario Don Cornelius. His style—while authentically executed, capturing the essence of 1970s Black fashion and glamour—isn’t the most captivating part of his character. It’s his disposition, cadence and buttery smooth baritone voice that stops you mid-thought and forces you to wonder how he seems to be the walking and talking embodiment of a young Cornelius. “I’m playing the young Don, and it’s been a process of discovery honestly because he was really good about keeping his life private,” Walls explained. “From reading old episodes and articles written about him to watching Soul Train documentaries, I did heavy research. But one of the biggest things that helped was the opportunity to talk to his son Tony Cornelius, who is also an executive producer on the show,” Walls continued as he shared how gracious Tony was in providing information about his dad that isn’t public knowledge. “He’d tell me things like, ‘You’ve got it, you’re in it and you’re carrying his walk and his tone.’” 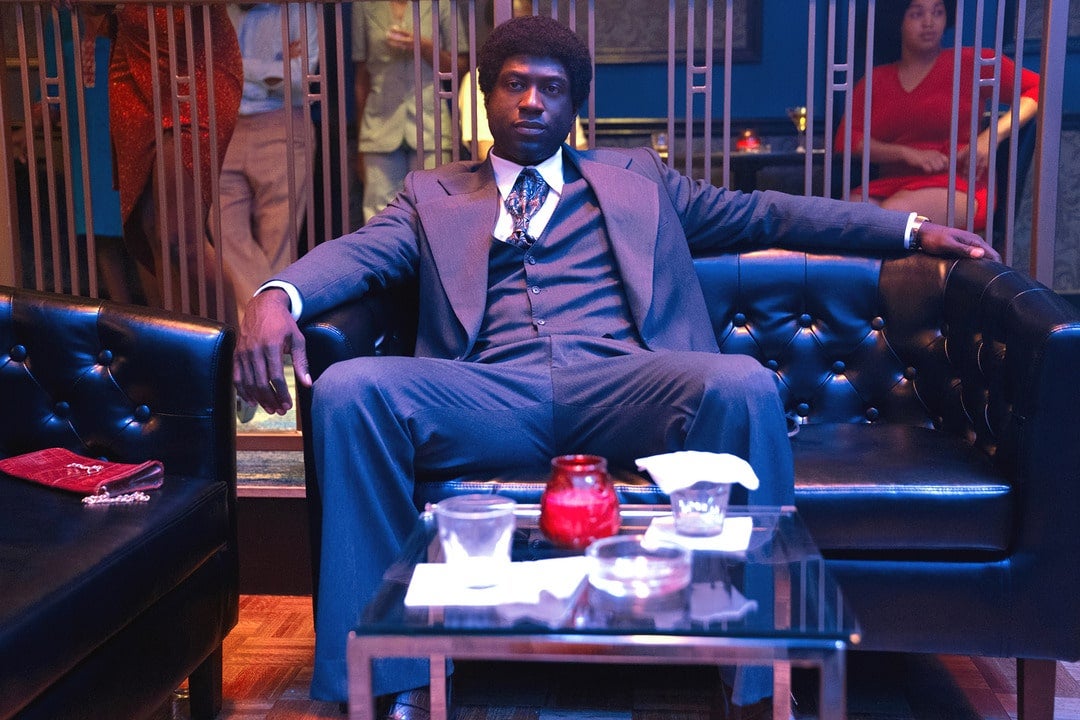 While Walls, whose mom was a real Soul Train dancer back in the day, is sure to give us a closer glimpse into the life of Soul Train’s conductor, Collins shared that, “American Soul will also explore the deep drama within families in LA as they deal with the beginning of the drug epidemic, the rise of gangs, police oppression, war and so much more. The stories will inspire as we take a look at the past and see its impact on the here and now.” Nine-time Grammy-nominated R&B singer and songwriter Kelly Price, who rose to prominence with her debut album Soul of a Woman, has pivoted towards acting and ironically came back to where it all began. Her first national television appearance was on Soul Train, and the first award that she won was a Soul Train Award. “People will see that I’m a serious actress when they see this,” said Price, who auditioned and landed the role of Brianne Clarke, the wise yet cautious matriarch of a musical family. “I’ve turned down a lot of performance dates, enrolled in a semester of production classes, took on an acting coach and really started to hone my craft,” Price shared of her dedication to acting. “The crazy thing is that I have a whole album ready to go right now, but when I got the call for American Soul, I pumped the breaks on releasing the album, so I could completely focus on this.” 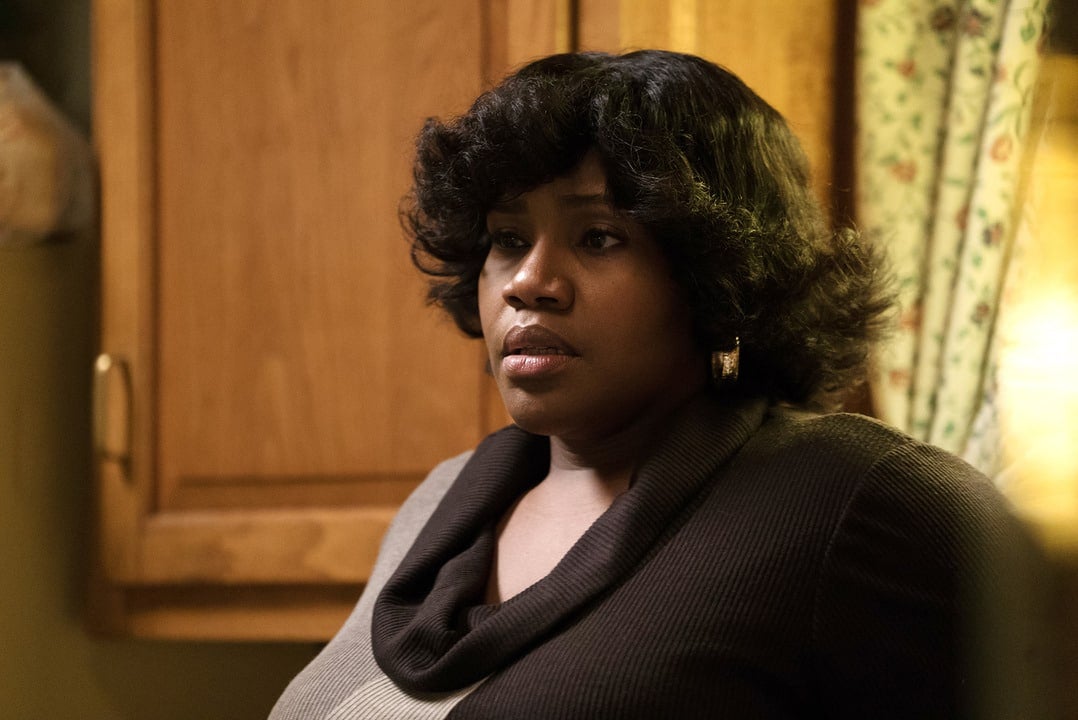 Viewers will follow the journey of Brianne, a young Black woman who gave up her dream of being a singer to become a wife and mother. Forced to find her voice after she loses her husband in the Vietnam War and becomes a single mother to Simone and Kendal, two teenagers with incredible talent and star power, Brianne learns that having moments of weakness does not make you weak, it makes you human. “We’re delving into people’s lives and the things that were happening in our world and how it affected everyone,” Price explained before sharing the impact that Cornelius and Soul Train had on her as an artist. “The irony in all of this is that I came out at a time when they weren’t signing fat girls and people bet against me when I got a deal. But from day one, Don Cornelius supported me when others didn’t, and was the very first to give me a shot,” Price continued. “Soul Train is important to me and our culture, and it’s engrained into my life’s story, as it is for millions of others,” the singer added. “American Soul will remind those who knew and teach those who didn’t.”
Loading the player...