Marvin Joseph/The Washington Post via Getty Images
By Keyaira Boone · Updated December 6, 2020
Michelle Obama’s Becoming is on track to become the most successful memoir of all time. Bloomberg reports that almost 10 million copies have been sold, bringing its publisher Penguin Random House $20 billion in revenue in 2018 — the highest amount since 2007.
Loading the player...
The book, which chronicles Obama’s journey from childhood, becoming a wife and mother, and later evolving into a remarkable public servant, instantly lept to the top of the best-seller lists. It has held the top slot in hardcover nonfiction on the New York Times’ list for a full 18 weeks. Book lovers aren’t the only ones making the memoir a success, it’s drawn critical acclaim, and is currently a finalist for the Los Angeles Times Book Prize for Current Interest. 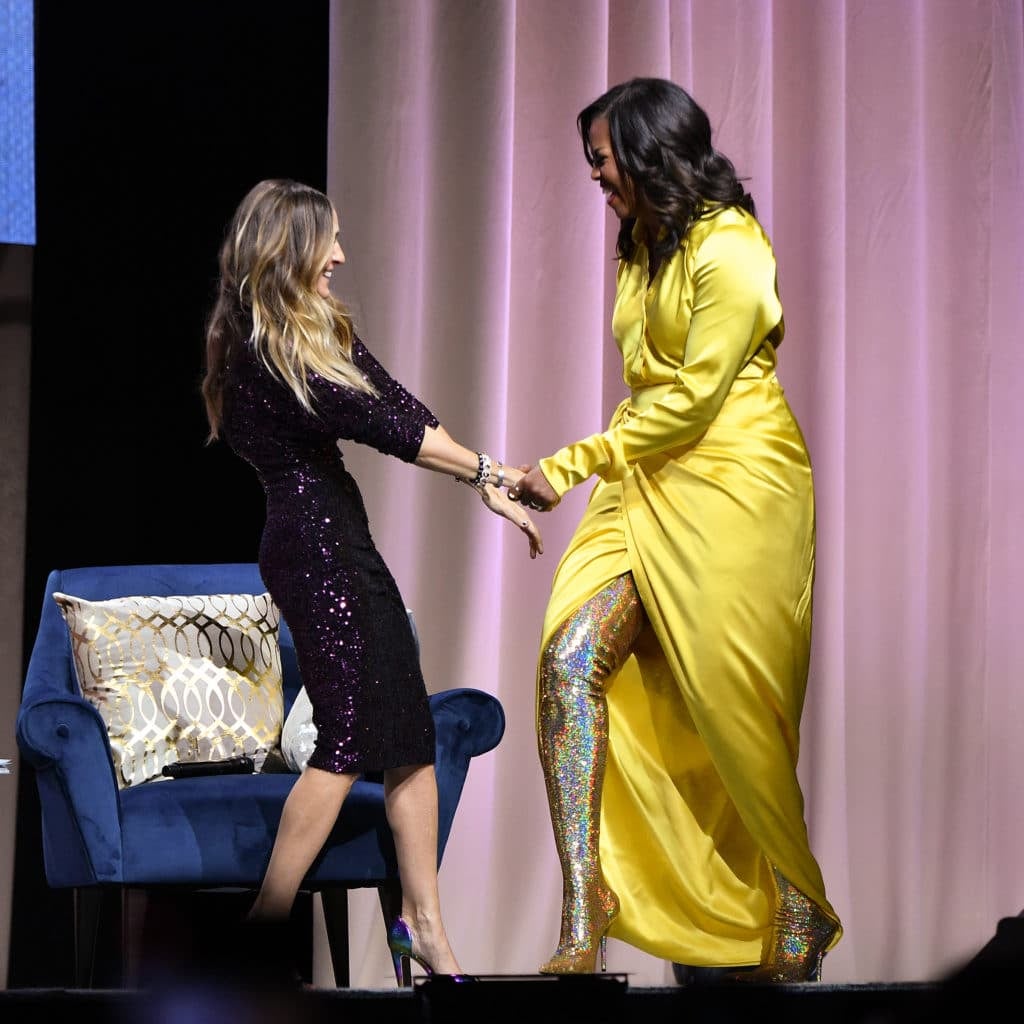 Our forever first lady is currently on a book tour. On Sunday, Obama appeared with Jimmy Kimmel before 18,000 people at a stadium in Tacoma, Washington. She’ll later make 11 remaining stops on her tour, which concludes in Ryman Auditorium in Nashville, Tennessee. It’s already sold out. Penguin Random House has similar expectations for former President Obama’s upcoming memoir. Spectators have said the advance given to the former first couple was allegedly worth $60 million. Who said print was dead?
Loading the player...