By Britni Danielle · Updated October 23, 2020
Michaela Coel has played some characters we love — from the quirky and lovable Tracey Gordon on the British comedy, Chewing Gum to her breakout performance on the critically-acclaimed series Black Mirror — but there’s another role many are eager to see her take on. Early last year, many began to notice the 31-year-old star looked a lot like legendary musician, Nina Simone. And after Zoe Saldana’s 2016 biopic was lambasted due to issues of colorism, some were hoping for a do-over with Coel. 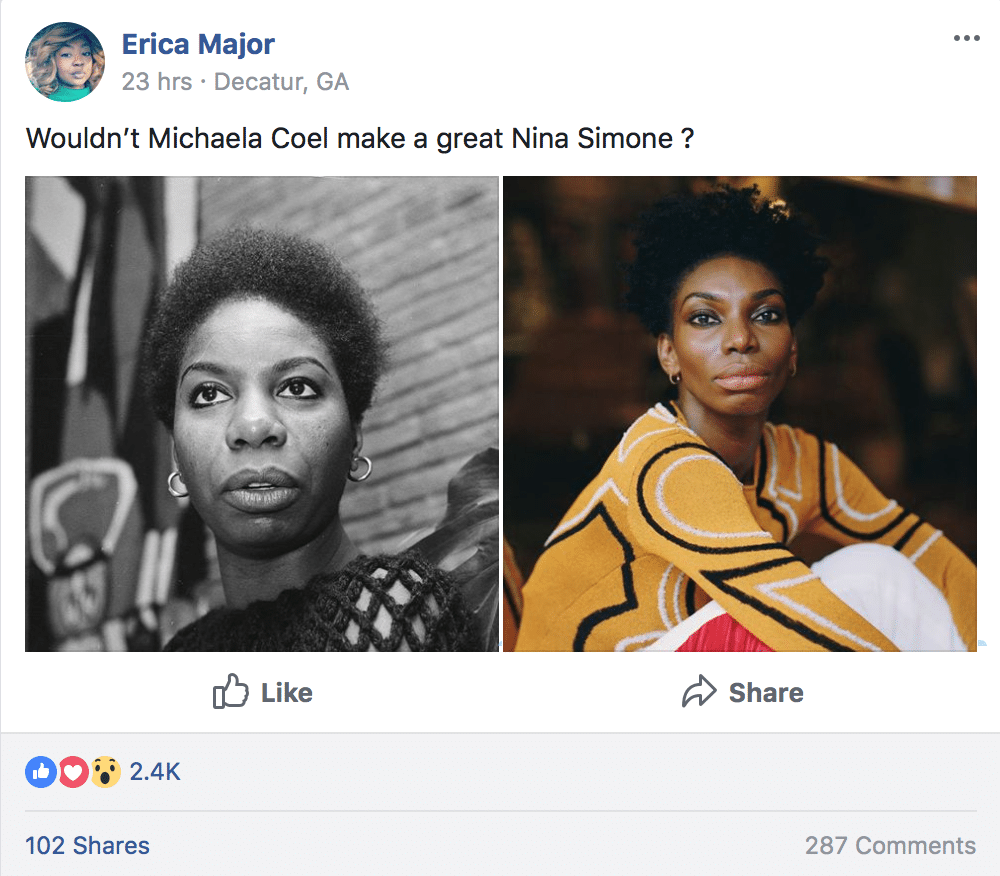 While the British beauty would love to portray Simone on film, she’ll only do it under one condition. “I respect her and her family so much that I would only do that if they were [asking] me to do it,” Coel told BET. “I’m not gonna be looking to play Nina Simone as if she were a character and not a human being, a legend.” “When her daughter tells me, ‘I need you to go play Nina Simone,’ that’s when I’ll play her,” Coel continued. “Up and ‘til then, Twitter and Instagram can tell me to go play Nina Simone, but you don’t know Nina Simone. You don’t know her, you’re not related to her.” She added, “It’s her blood that’s left on this planet that I will listen to. Until then it doesn’t factor into my mind.” Coel would make the perfect casting as she has a connection to the iconic artist. She even sang Simone’s classic version of “Strange Fruit” for her drama school audition, and has hinted that the similarities to Simone run much deeper than her looks. Well, we’ll be waiting.
TOPICS:  Michaela Coel