By Britni Danielle · Updated October 23, 2020
Irish actor Liam Neeson attempted to set the record straight Tuesday about his recent revelation that he once took to the streets looking for a “Black bastard” to kill after learning his friend had been raped. According to the Taken star, he spent about a week going to the “Black parts of town” hoping that someone would “set upon” him so that he could beat them to death with the weapon, a cosh, he carried. Despite that candid admission, Neeson stopped by Good Morning America to assure fans that in spite of admitting to actively attempting to commit a hate crime four decades ago, he’s not racist. “It was horrible, horrible when I think back, that I did that,” Neeson told Robin Roberts. “It’s awful, but I did learn a lesson from it, when I eventually thought, ‘What the f-ck are you doing?’” Neeson further admitted that after stalking the streets to find a Black man to kill, he turned to his priest and power walking–yes power walking–to deal with his “primal urge” for revenge. “It really shocked me: this primal urge that I had. It shocked me and hurt me,” he said, claiming he would have felt the same if his friend had been attacked by an Irish, Scottish, or Lithuanian man. “I was trying to stand up for my dear friend in this terrible medieval fashion.” Here’s the problem with Neeson’s explanation: it’s racist AF. 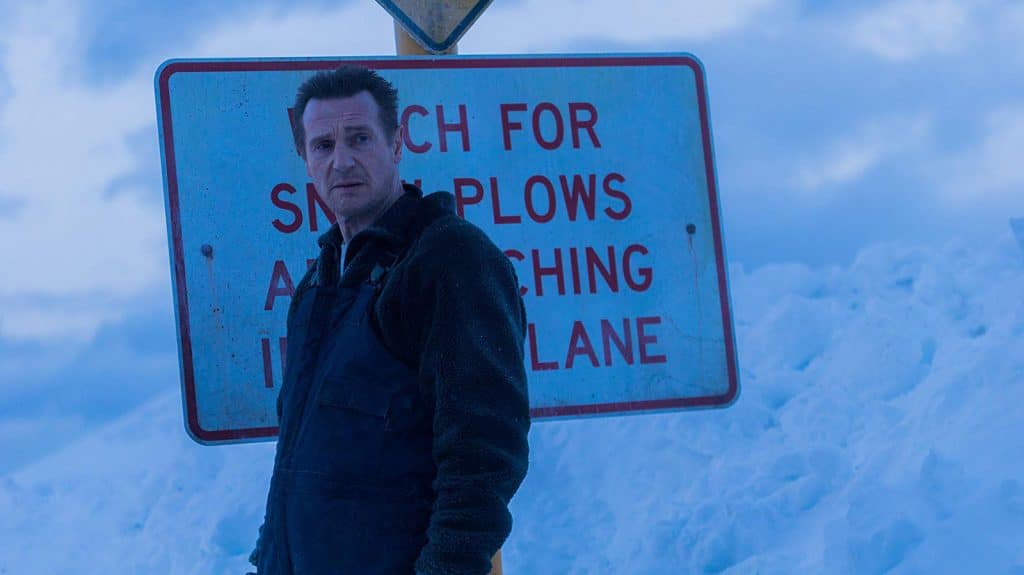 But even more than that, it’s the type of sentiment that angry white men have deployed against marginalized communities for centuries. Here in America, we’re well-acquainted with white revenge. From angry white mobs storming courthouses, homes, and prosperous Black towns to seek retribution for any number of perceived “crimes” (See: the Tulsa race riots of 1921 and the 4,000 Black folks who were lynched between 1877 and 1950), to white politicians enacting laws that dehumanize, oppress, and disenfranchise Black communities (See: the three-fifths compromise, the Jim Crow laws, and modern voter suppression tactics), white folks have a history of taking out their frustrations and fear on unsuspecting Black people — just ask Dylan Roof, who walked into a church and killed nine Black parishioners during Bible study. The reverse, however, is rarely the case. Neeson — who, ironically, only seems to appear in angry white male revenge films like Taken, and his latest project Cold Pursuit — did not grapple with the blatant racism of his actions, instead, he defaulted to his original position that his urge to harm random Black men was “primal” and somehow understandable because his loved one had been harmed. But imagine if aggrieved Black families also took this stance. If Black folks had practiced the same sort of revenge that Neeson sought, America would have likely been burnt to the ground long ago. And if a Black actor would have admitted to wanting to beat a white man, any white man, to death after his loved one was harmed, he would be called a thug, a brute, a typical, angry nigger. But instead of taking out our pain, frustration, and anger on random white people for the very real racism, brutality, economic terror, and disenfranchisement we experience, Black Americans have mostly offered up grace, and sometimes forgiveness, while still demanding change. In his GMA interview, Neeson denounced his previous actions and concluded “violence breeds violence.” Unfortunately, for Black folks who have been victims of racist attacks for centuries, sometimes the precipitating violent event is only in the other person’s head.
TOPICS:  Liam Neeson Racism