By clicking Sign Up, you agree to our Terms of Use and that you have read our Privacy Policy
Skip to content
Theo Wargo/NBC
By Britni Danielle · Updated October 23, 2020
LeBron James is on a hell of a run. After signing a mega-deal with the Los Angeles Lakers, and opening a state of the art school in his hometown of Akron, Ohio, James isn’t slowing down his efforts to prove that he’s more than an athlete. Showtime announced Monday that it was picking up James’ three-part docuseries called Shut Up and Dribble, which will reportedly be about the changing role of athletes in America’s current political climate. The title of the series is a petty clap back to Fox News host Laura Ingraham, who insisted back in February that the 33-year-old husband and father should just “shut up and dribble” instead of weighing in on politics. 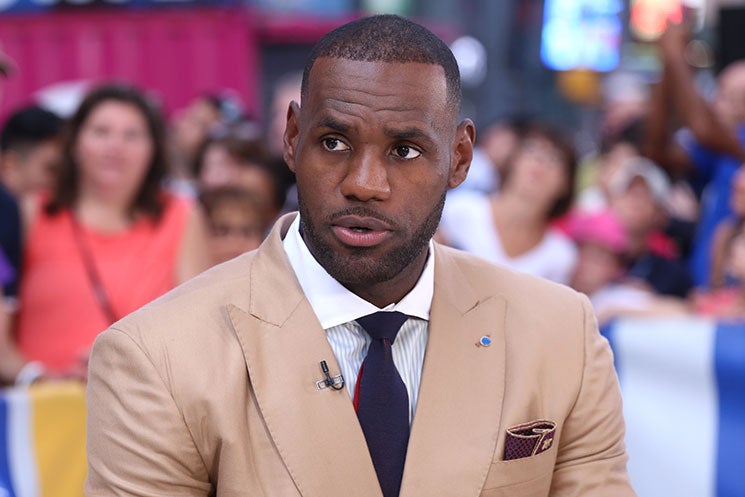 Thankfully, James hasn’t taken her advice and he’s continued to call out the Trump administration for its divisive rhetoric. Shut Up and Dribble isn’t the only series King James and his Springhill Entertainment partners have in the works. The NBA champion is set to debut an unscripted HBO series called The Shop on August 28. The Shop will feature James’ business partner, Maverick Carter, and will take viewers inside a barbershop to illuminate unfiltered conversations about life, sports, world events, and pop culture. In addition to The Shop, James is also an executive producer on Netflix’s upcoming scripted series on Madam C.J. Walker, starring Oscar-winner Octavia Spencer. With so many project in the works, it appears James isn’t just trying to be the greatest basketball player of all time. He’s also trying to take over Hollywood too.