By Rachaell Davis · Updated October 23, 2020
Janelle Monae spoke truth to power on Thursday evening as she took to the stage to accept her Trailblazer Award at the 2018 Billboard Women In Music event in NYC. Addressing a room filled with some of the music industry’s top women executives, artists, songwriters, journalists and media, the multi-talented songstress shared that she was humbled to share the space. “It is such an honor to be in this room right now,” she began. “To be in this room with so many cool-ass women.”

Monae then turned her attention to rising Hip Hop starlet Tierra Whack, who presented Monae with her award and described her as a “brave, honest and ballsy artist who tells her own truth.” “The way you’re innovating right now is so inspiring to me,” Monae said of Whack. “Keep going. Go further than where I’m taking it. You’re artistic vision and you; you’re so unique.” As an artist who constantly infuses messages of empowerment, self-love and affirmation into her music, Monae’s unwavering dedication to being a strong, unapologetic voice for the communities she represents was evident in her powerful words. 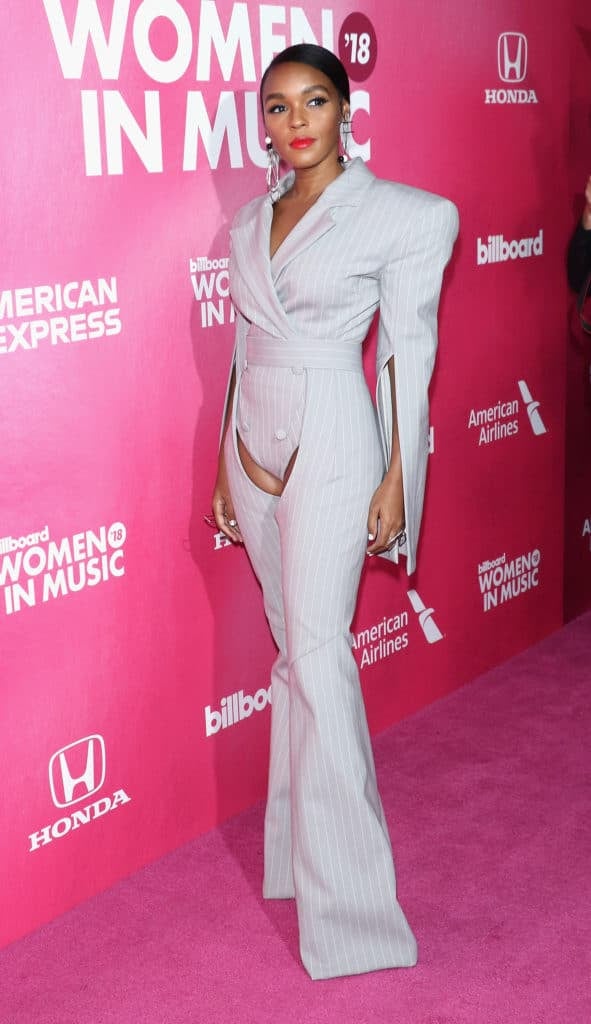 “I’m hesitant, always, to take in any praise or adulation because I’m always aware that it’s not something one can rely on or build a strong foundation on,” she continued. “And my work has always been about my community as much as it is about me.” Capturing the true essence of what it means to be a “trailblazer,” the 33-year-old beauty shared a few profound lessons she’s learned during her career journey thus far. “I’ve discovered, the most difficult trail to blaze is the one that takes us inside of who we are individually and as a whole,” Monae said. “Being a trailblazer is about diving into spaces unseen and undiscovered, which can be very exciting and frightening at the same time. For me, that meant uncovering aspects of who I am in order to create spaces for others.”

This woman is so well-spoken and eloquent. Hear Janelle Monáe's acceptance speech for Trailblazer of the Year at Billboard's #WomeninMusic pic.twitter.com/huhSVc0zFv