By Kimberly Wilson · Updated December 6, 2020
We fell in love with Issa Dee’s hilarious keep-it-real friend Kelli on the first season of HBO’s now hit series, Insecure.  And it’s all thanks to the writer and comedian behind the performance, Natasha Rothwell. One of the main reasons that we have especially come to love the breakout star is that she looks like us. Four out of five black women in the United States are considered plus size, and having her represent us on the show — in addition to all of the other actresses — is an incredible way to fully represent Black women of all body types. But far too often when you watch an onscreen portrayal of a plus size actress, she’s solely used for comic relief. Or they’re the bold and outrageous friend. The hyper sexualized friend. The pressed friend. Quite frankly, they’re often the butt of the joke. (Read: Kim and Nikki Parker of The Parkers.) Rothwell rejects that her character, Kelli, falls into this oft-portrayed trope. “She loves her life. She lives it. She’s not living it for men or to benefit a man,” she told ESSENCE. “She’s trying to have fun. She doesn’t feel depressed about being single, which I think is such a cliché thing, especially for plus size women.” “We typically are like, ‘Woe is me, I need a man to validate my existence.’ She’s confidant, self-possessed, the life of the party and then she also goes to work and make bank. She makes sure she has her life together and she’s there for her friends,” Rothwell added. If anything, Rothwell said that her character is one of the few exceptions in television history. She joins the ranks of Queen Latifah’s Khadijah James on Living Single, Gabourey Sidibe’s Becky on Empire and Niecy Nash’s Desna on Claws, who all had us saying, “YAAAAS GIRL!” at the TV screen. Kelli is no different, Rothwell said. 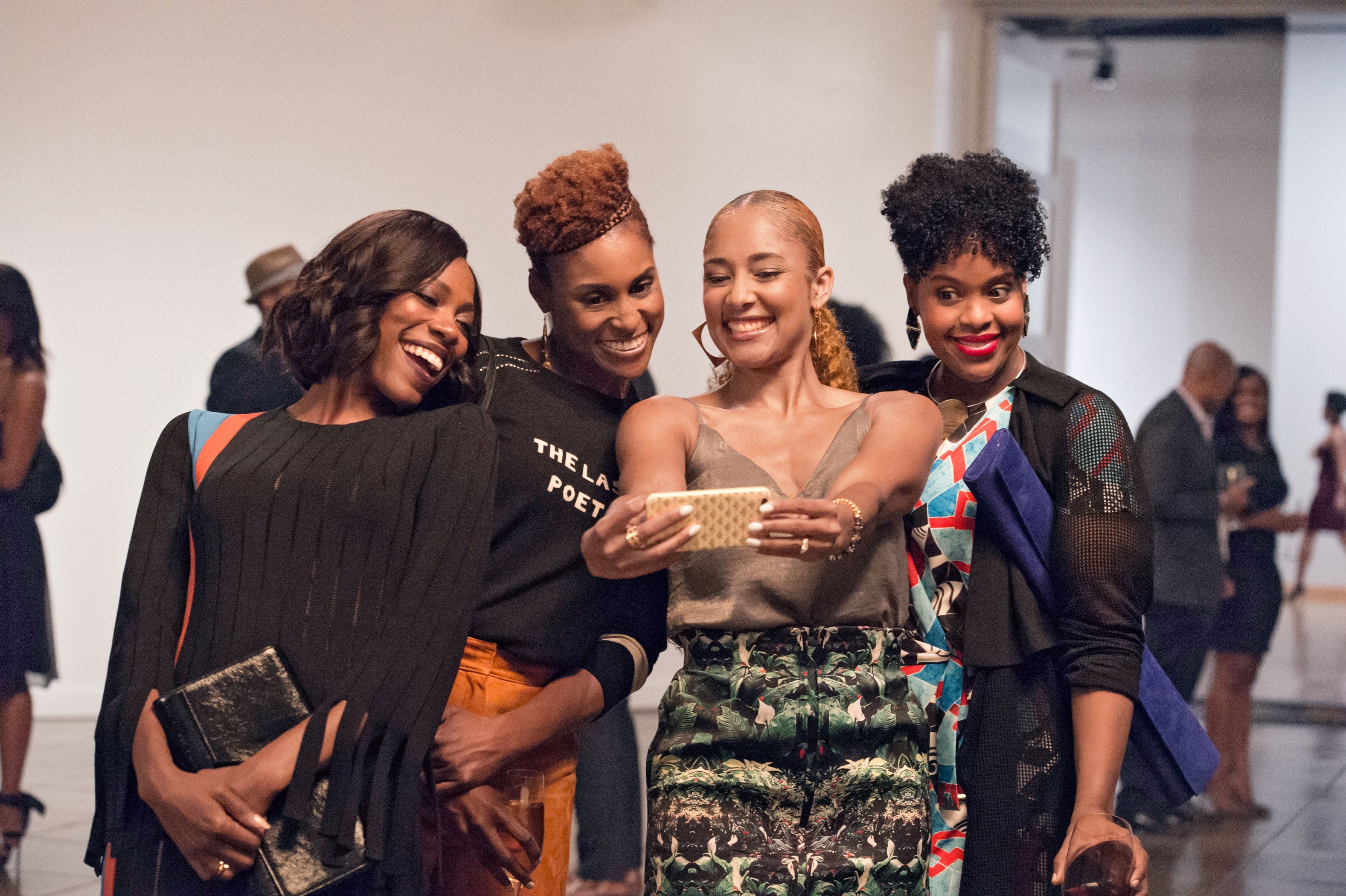 “I think people tune in every week and love Kelli is because she is unpredictable, and not the cliché portrayal of a plus size friend,” she continued. “She portrays intellect. She has warmth. She’s bold. She’s direct and she has all the qualities that we like of women generally, but she just happens to be plus size, which is why I love playing her.” But does her character toe the line at all? “No. I think that she would if she weren’t multi-dimensional,” Rothwell explained. “I think a caricature is different than a character.” Rothwell said this will continue to be proven in season three, which premieres Sunday, when fans will get to learn more about Kelli’s life outside of her tight friend circle. “In the previews, you already get a sneak peek of Kelli at work,” Rothwell teased. “She’s a very successful accountant and I think that’s the first peek of her life where’s she’s not turnt up.” Rothwell added that she especially enjoys Kelli’s journey in season three because “she’s just a very grounded character that has her life together. She knows how to turn up, and she has a great job, and she pays the bills and that’s one of the things that I love about her: That she is consistent.” It looks like Kelli might be teaching Issa a thing or two about being a bit more secure. “I think of all the girls in Issa’s group, she’s got no problems,” Rothwell boasted.
TOPICS:  Insecure Natasha Rothwell