Skip to content
Fast Color
By Keyaira Boone · January 18, 2019October 23, 2020
We’ve always known that Black women were capable of being super heroes, but it seems Hollywood is catching up. The trailer for Fast Color, the story of three generations of Black women with supernatural powers looking to shield themselves from the outside world, was recently released. Gugu Mbatha-Raw, Saniyya Sidney and Lorraine Touissant star in the film, which is being directed by Julia Hart. Hart is also producing in partnership with her husband, La La Land’s Jordan Horowitz. In an interview with Entertainment Weekly, Hart shared that she and her husband developed the concept behind the movie after having their first child together. “My husband and I came up with the idea for the movie when we became parents. I just felt this superhuman strength that I had never felt before when I became a mother,” she recalled. “That was the origin of it, about these three generations of women — a grandmother, a mother, and a daughter — using their relationship with each other to understand, and accept, and use their powers.” 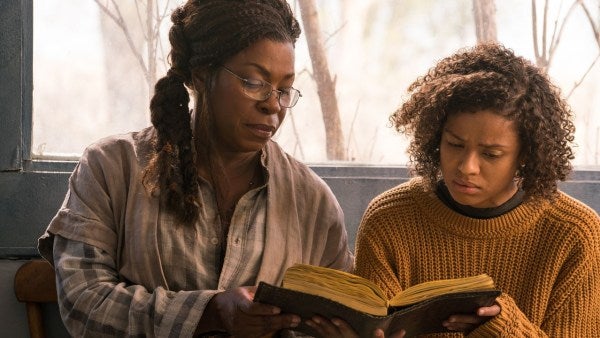 Hart also explained how the story progressed during the casting process. “What started out as a story about female power and the power of mothers, ultimately became about the power of women of color, which, as a white woman, was something much bigger than me and my understanding of the world,” she admitted. Hart added, “It was such a privilege to watch the story become something bigger than me and my experience of being a woman.” Fast Color will be released on March 29.

Tina Turner and Jay-Z Among This Year's Rock & Roll Hall of ...

Leigh Davenport Is Ready To ‘Run The World’

How To Make Credit Cards Work For You