By Britni Danielle · Updated October 23, 2020
Prepare yourselves Walking Dead fans: another series favorite will be exiting the AMC drama soon. According to Variety, Danai Gurira, who plays the katana-wielding Michonne, will only appear in a handful of episodes next season, which will be her last. The show, which is currently in its ninth season, has been a massive hit with TV audiences, but it has experienced a series of high-profile exits recently as creators prepare a series of The Walking Dead films and spin-offs. 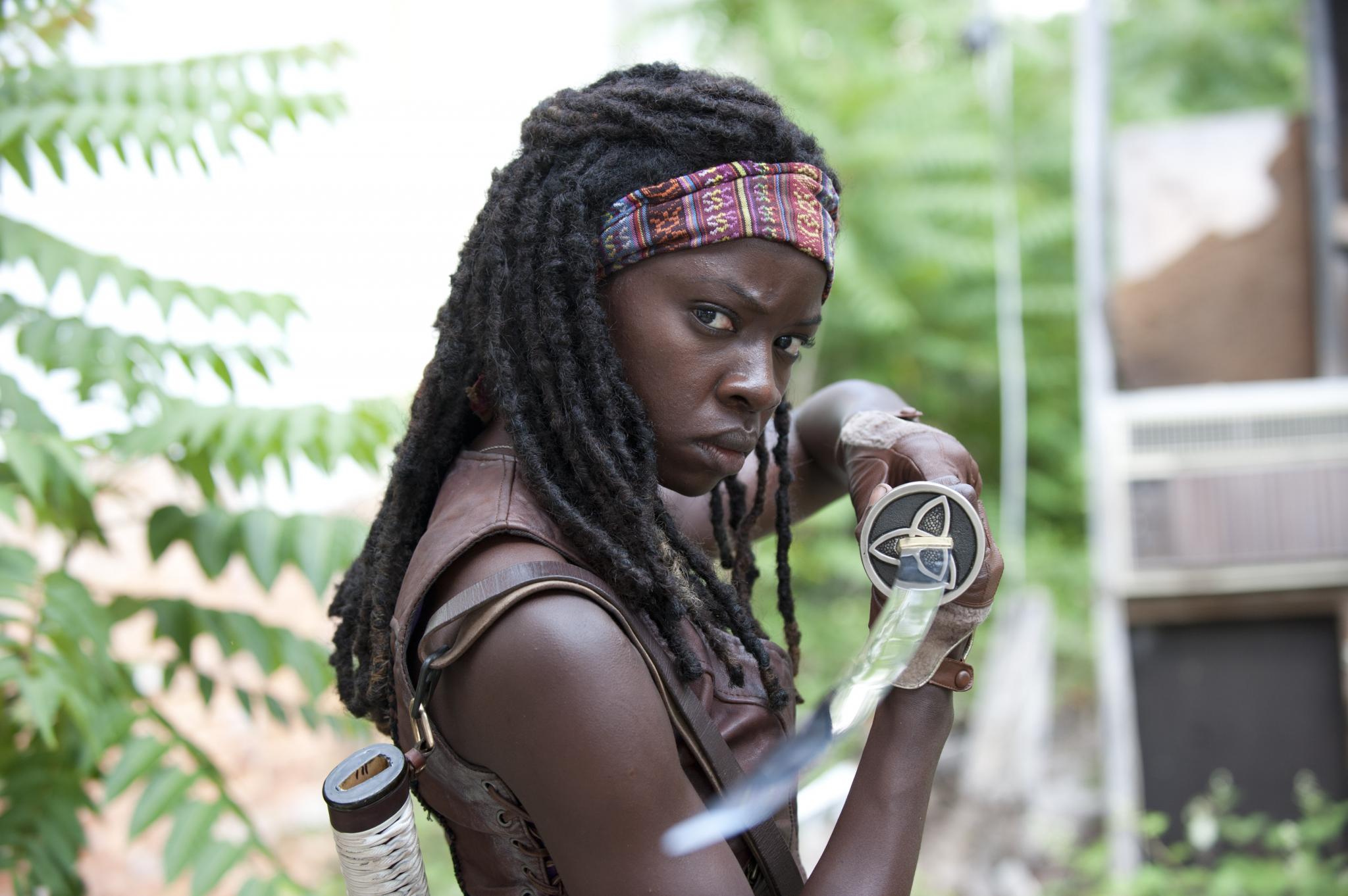 Michonne from The Walking Dead is one tough zombie slaying chic so her dress would have to fit that criteria as well.

Gurira will likely appear in those spin-offs, Variety reports, similar to her co-star Andrew Lincoln, who played Rick Grimes. Lincoln left The Walking Dead, but is set to appear in spinoff films, currently in development. While it remains unclear if Gurira’s character makes it out of The Walking Dead alive (we certainly hope so!), the actress and award-winning playwright will remain in the spotlight. In addition to appearing in the upcoming Avengers and Black Panther sequels, Gurira — who was honored at ESSENCE’s Black Women in Hollywood event last year — is penning the screenplay for the film adaptation of Chimamanda Ngozi Adichie’s best-selling novel, Americannah.
TOPICS:  Danai Gurira the walking dead