By Joi-Marie McKenzie · Updated December 6, 2020
What do you do after you’ve earned 20 Grammy nominations and put three golden gramophones on your shelf? For Common, Hollywood and the very serious craft of acting has provided him another artistic challenge, which recently led him to play a Navy officer in Hunter Killer. The film, out Friday, shows the Oscar-winning actor portraying Rear Admiral John Fisk, who’s forced to send a submarine into the Arctic Ocean after another U.S. sub disappeared while tailgating a Russian sub. Since Common’s very first small screen role, playing Omar in Mara Brock Akil’s Black girl classic, Girlfriends, it’s clear the multi-hyphenate has worked on his craft. The rapper, who’s also set to star in Here and Now out November 9, said if he didn’t seriously pursue the art, instead of the praise, it wouldn’t be worth his time. 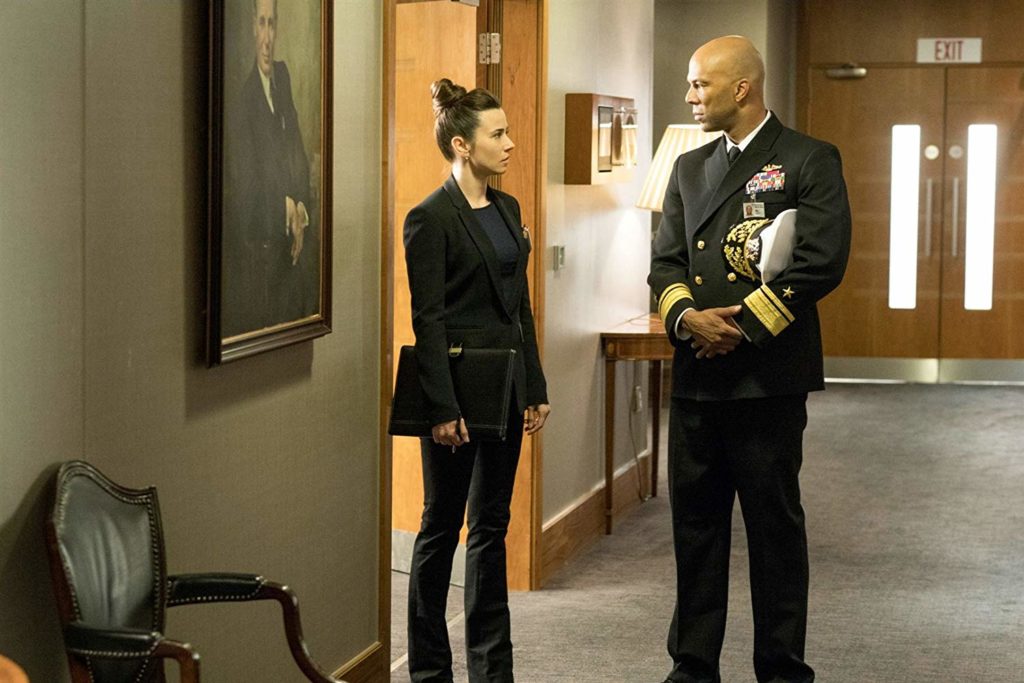 “Why should I be acting if I’m not going to become the character that I’m playing?” he asked ESSENCE, rhetorically, while sitting inside a huge suite at New York City’s The Peninsula Hotel earlier this week. “There’s certain movies, and the character is so close to [the actor,[ all you have to bring is mostly yourself.” The Chicago-bred lyricist said actors such as Hollywood institution Denzel Washington inspired him to take the craft seriously. It’s not hard to draw a line from Common’s role in Hunter Killer to Washington’s portrayal of Hunter in the film, Crimson Tide. The 1995 film is also an underwater, submarine thriller with Russian antagonists. But instead of modern day inspiration, Crimson Tide centered on the Cuban Missile Crisis during the Cold War in 1962. “Growing up watching Denzel, when I saw Malcolm X, I saw Malcolm X,” the rapper said. “That’s what I think the beauty of acting is, and there’s no other way of doing it for me.” Common continued, “I only select roles where I feel that I can grow as an actor, and commit myself, and give all that I am and my passion for the art of acting. And I look forward to roles that I haven’t done before, or characters that I haven’t played.” The rapper said with a boasted smile that he “never thought as a kid” that he’d be in movies playing “a Navy officer.” “It made it enticing for me,” Common said.
TOPICS:  Common Denzel Washington