We’re still several months away from the long-awaited release of the Black Panther feature film, but the frenzy has already begun!

Among the many highly-anticipated components of the Black Panther comic story that we can’t wait to see brought to life on screen is the reimagining of T’Challa’s band of Black female security guards — played by Lupita N’yongo, Danai Gurira and Florence Kasumba — known as Dora Milaje. We caught up with the film’s star Chadwick Boseman just as he wrapped promotion on the DVD release of Captain America: Civl War and while he was careful to remain pretty tight-lipped about any specific details on the Black Panther film, he did give us some tidbits about the history behind the mysteriously magical Dora Milaje. 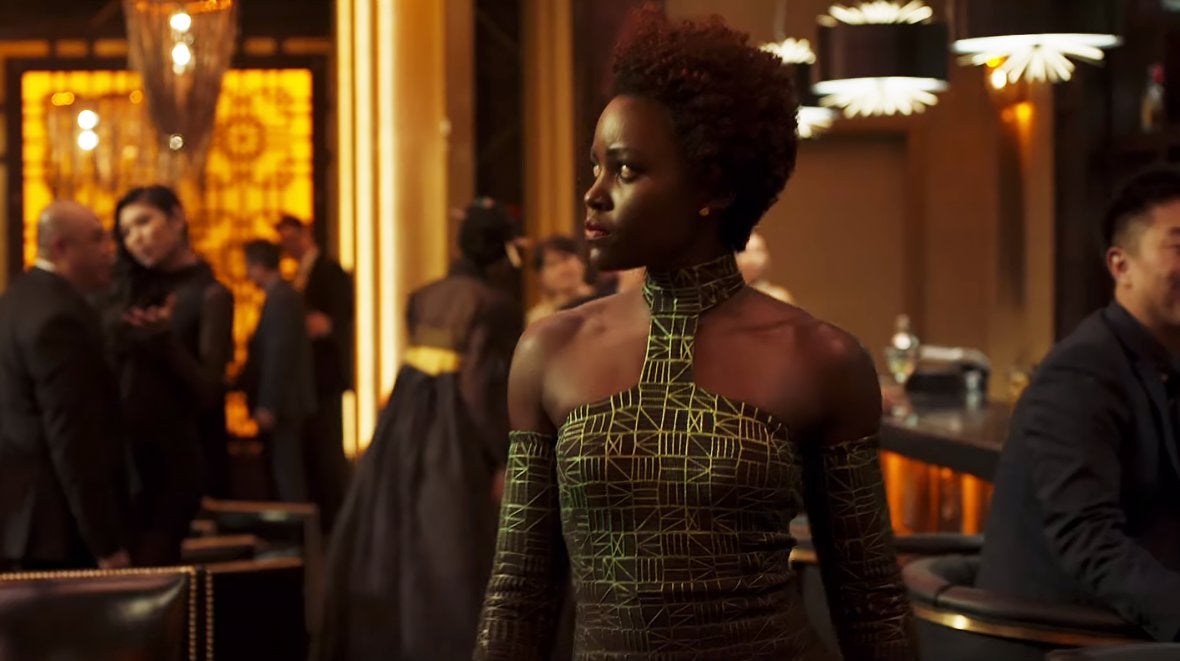 “The Dora Milaje is something that has been a part of some of the earlier runs of Black Panther; specifically in the Christopher Priest version,” Boseman told ESSENCE. “In those versions, the Dora Milaje were basically wives in training. They were Black Panther’s potential wives.”

Although the characteristics of the Dora Milaje characters are well-documented in earlier comic book history, Boseman revealed that the way the ladies are brought to life in the film is more aligned with present-day Black Panther comic writer Ta-Nehisi Coates’ interpretation.

“I feel like these Dora Milaje are much more in control of their own destinies. They are more powerful, they’re cooler. So, in my mind, I feel like this [film] feels more Ta-Nehisi’s version. I’m excited. There was a hint of them in Civil War. There was a scene where I was going to the car and there’s a confrontation and then…they’re right there. I can’t tell you yet exactly how they’re going to come into play in the film but, I can tell you that it’s part of the past. It’s an updated version of the earlier runs, which I think is cool.”

And if you thought the Dora Milaje only existed within the confines of comic book fiction, think again.

“It’s a real thing though and it’s something that has been used in African culture in the past,” Boseman says. “People will have to do their research to find out exactly where they’ve seen it in the past because I don’t want to say that but, thats’ a real thing. That’s not just something from a comic book.”

Black Panther is slated to hit theaters on February 16, 2018……and we can’t wait.