Skip to content
By Paula Rogo · Updated December 6, 2020
Director Boots Riley offered a harsh critique of Spike Lee’s latest film, BlacKkKlansman, saying that the Oscar-winning director’s retelling of the true story softens the reality of police brutality against African-Americans. Riley, whose movie Sorry to Bother is also in theaters now, released a three-page essay on Twitter, detailing his criticisms, which include significant departures from the true story.  The director made sure to note early on in his critique that he is a big fan of Lee.

Ok. Here's are some thoughts on #Blackkklansman.

Contains spoilers, so don't read it if you haven't seen it and you don't wanna spoil it. pic.twitter.com/PKfnePrFGy

“He’s the reason I went to film school so many years ago. He’s the first person I sent a demo tape of my music to when he had 40 Acres and a Mule Musicworks, and he has inspired me as a cultural critic as well,” he wrote, adding that he felt comfortable to critique Lee because he’s “never held his tongue about what he thought of Tyler Perry films or any other films he happened to see and be displeased with. Spike doesn’t hold his tongue.”
Loading the player...
In BlacKkKlansman, John David Washington stars as Ron Stallworth, the first black police officer in the Colorado Springs Police Department who infiltrates the Ku Klux Klan and thwarts a deadly attack on the city’s black community. But Riley said that the portrayal is a “fabricated” story because the real-life Stallworth infiltrated a black radical group on behalf of the FBI for three years, instead of briefly, as the movie portrays. “These police infiltrators of radical organizations worked to try to disrupt the organizations through things like instigating infighting, acting crazy to make the organizations look bad, getting physical altercations happening, and setting them up to be murdered by police or others,” he wrote. Also according to Riley, BlacKkKlansman did not appropriately portray “actual physical attacks and terrorizing due to racism and racist doctrines” that African Americans experience from the police. 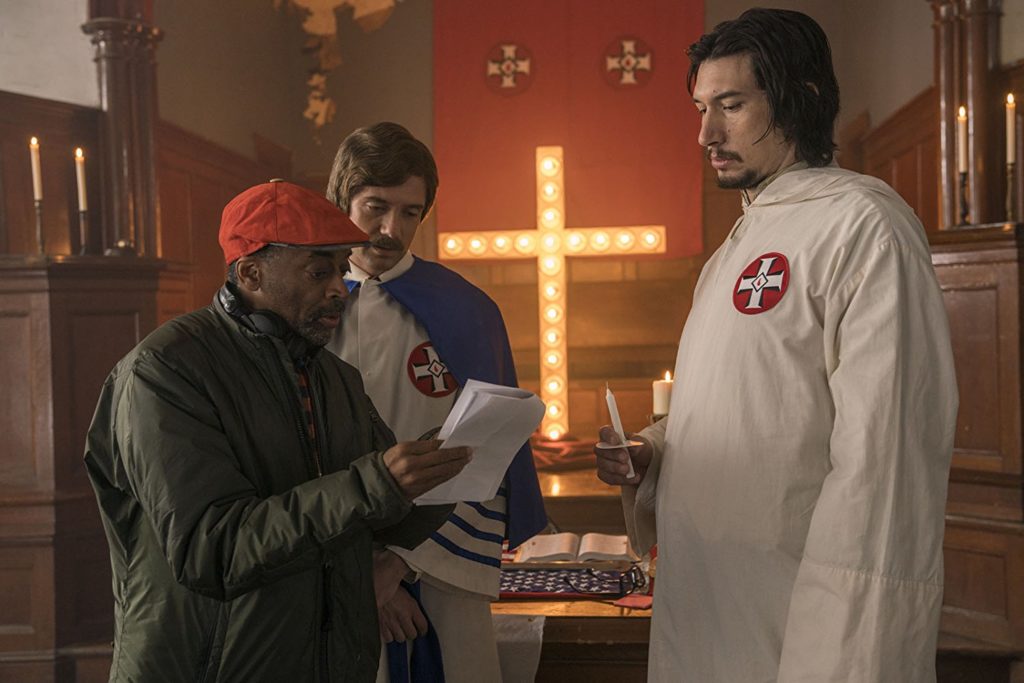 “So for Spike Lee to come out with a movie where a story points [sic] are fabricated in order to make Black cop and his counterparts look like allies in the fight against racism is very disappointing, to put it very mildly,” he wrote. Riley concluded the essay by accusing Lee of extending the recent work he did for the New York Police Department in 2016 into the movie. According to reports, Lee was paid $200,000 in 2016 to work with the NYPD on an ad campaign to improve relations with minority communities in the city. “Whether it actually is or not, BlacKkKlansman feels like an extension of that ad campaign,” Riley wrote. Lee declined to respond to the criticism.  Read the full text of his essay below: