Skip to content
Annette Brown/BET
By Britni Danielle · Updated December 6, 2020
Gabrielle Dennis dared to step into the oversized shoes of Whitney Houston as she played the iconic singer in BET’s two-part biopic about Bobby Brown’s life. After 29 million total viewers tuned into BET for the The New Edition Story last year, the pressure was on the cast and crew of The Bobby Brown Story to replicate its predecessor’s success. Dennis called it one of the biggest challenges of her career. “It’s on a platform that’s our platform, so it’s going to get a different set of eyes and a heightened level of attention,” Dennis told ESSENCE. While she knew her portrayal of one of the most iconic stars in music history would be thoroughly scrutinized by the singer’s fans, Dennis said playing Houston was a treat.
Loading the player...
“She was fun,” the 36-year-old Ohio native said of the star. “I think the research was the most fun part. Getting to learn how much of a fun-spirited, loving person she was, who had her friends’ backs and loved to laugh [was fun].” Though Dennis had never seen Houston perform live before the singer tragically passed away in 2012, she said watching old footage not only gave her “chills,” but also helped to shape her version of Houston. “The research was the most special to me because I felt like, in my own way, I got closer to her,” Dennis told ESSENCE. 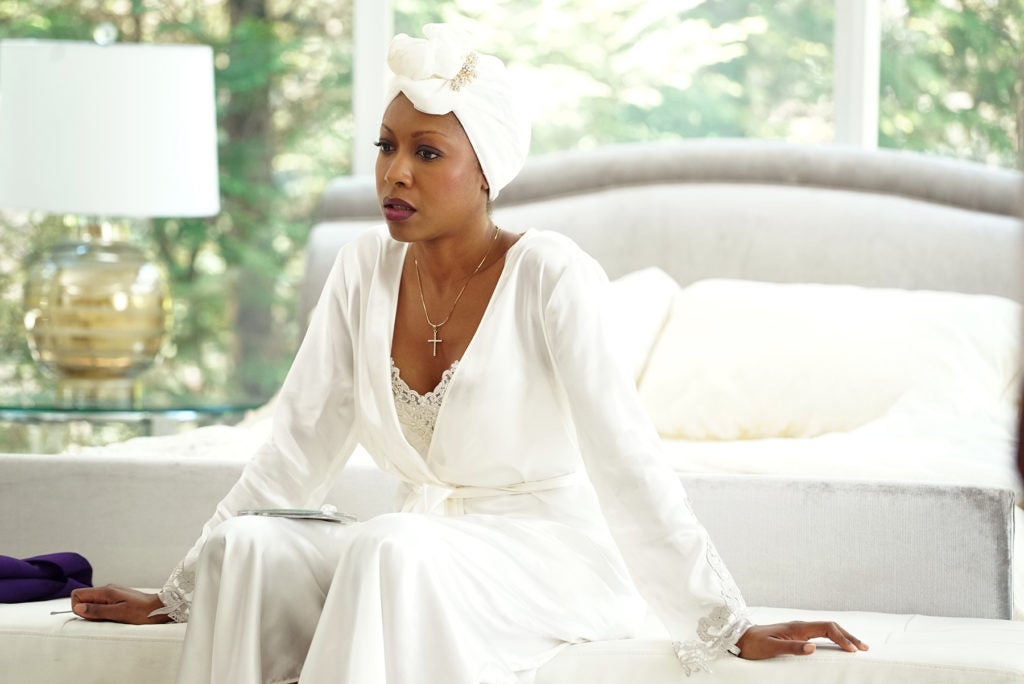 Dennis loved getting to know Houston as she prepared for the role, but she also knew if she messed it up, Black Twitter would let her have it. “She’s an icon and [I’ve] got huge shoes to fill and she’s a real person,” Dennis said. “I think that’s the most difficult part because she’s not a fictional character.” Apparently, all of Dennis’ hard work paid off. As fans tuned in to watch The Bobby Brown Story, many commented on Dennis’ uncanny portrayal of Houston, which included nailing the singer’s mannerisms, the cadence of her voice, and embodying Houston’s irreverent personality.

Everybody complaining she doesn't look like Whitney smh… This girl is giving major Whitney vibes though expressions, mannerisms, etc #BobbyBrownBET

The fact that she sounds and has the same mannerisms as Whitney has me shook 😕 #BobbyBrownBET pic.twitter.com/gGyy0I6uRG

Yo @GabrielleDennis is playing the hell out of this Whitney role. #BobbbyBrownBET

Though she may have been nervous about playing Houston, the veteran actor also kept things in perspective. “At the end of the day, you can’t please all the people all the time, that’s just never going to happen,” she said. “But I think what we put together is something that we’re proud of, and I think people will enjoy.”